Chris Taylor and Kalleen Marks say their son can light up a room. 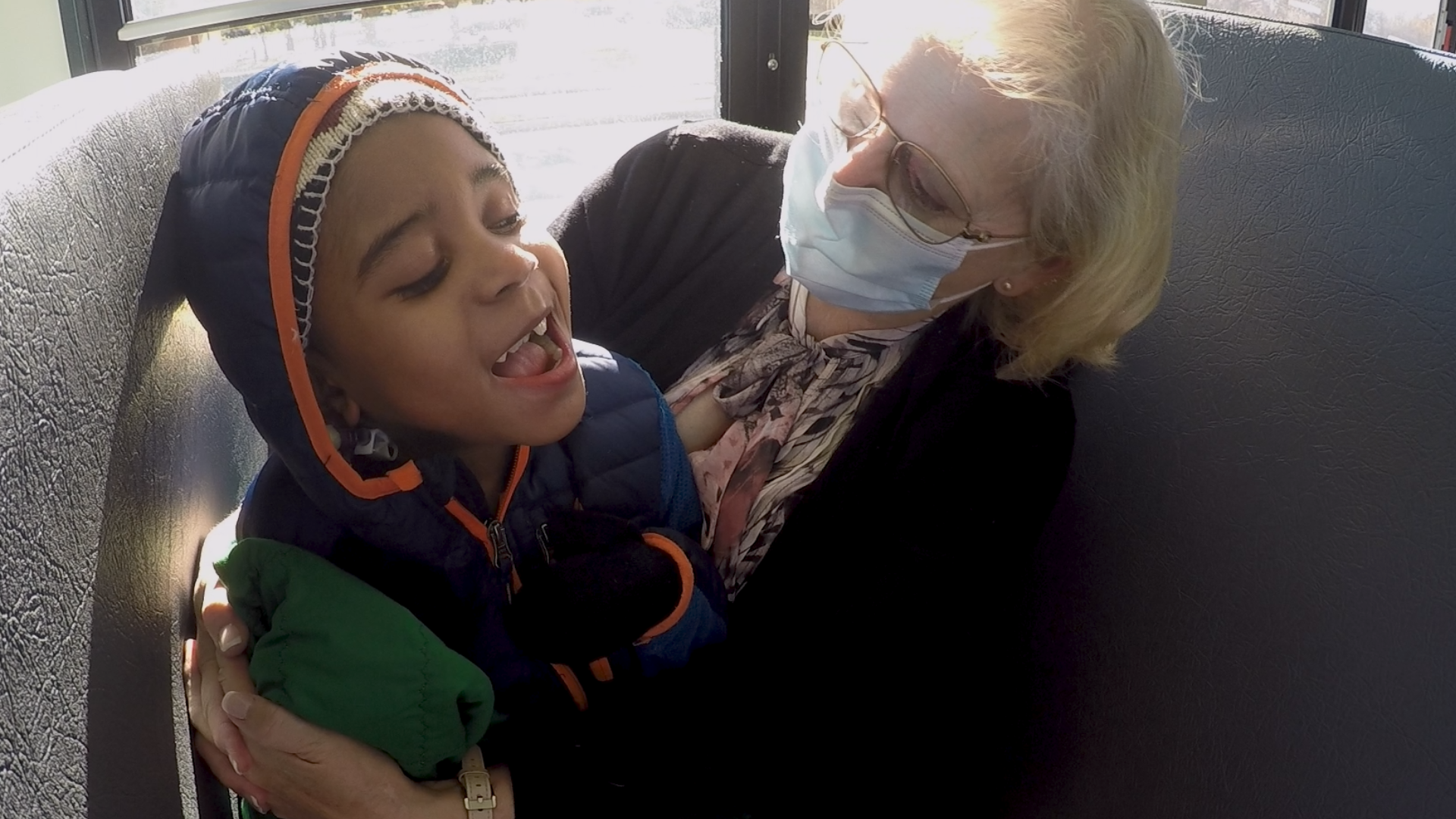 Lewisville school bus driver Chris Taylor had only been behind the wheel for four months when she was blindsided by kindness.

“You don’t see this a lot anymore, where people helping each other out and trying to make some great memories,” she said.

Chris and her wife, Kalleen Marks, have three kids.

They love each one dearly but say no one lights up a room more than 9-year-old Christopher.

As a result of shaken baby syndrome, Christopher is considered nonverbal but speaks volumes with laughter.

“He just touches every single life he comes in contact with because of his smile and his laugh,” said Marks.

“He makes every bad day just go away,” said Taylor.

Lately, there have been plenty of bad days.

Christopher’s condition is terminal and doctors said two years ago he had about two years left to live.

“Little things like his laugh are disappearing,” Marks said. “It makes it more real that this diagnosis is going to take him.”

“Not hearing his laugh for the past few months has been hard,” Taylor said. “I guess it really still hasn’t processed that he won’t be here.”

Taylor tried putting on a brave front, but eventually she broke down and confessed she was devastated. When the other drivers heard that, their wheels started turning.

“If there’s a need, there’s a way we’ll try to do something,” said Denise Naragon.

“It’s something Christopher really wanted and we knew he would enjoy it,” said April Struck.

Turns out, the one thing that has almost always gotten Christopher to laugh is taking a ride on the bus.

So, the other drivers got permission, then got Christopher on board and gave him a joyride.

They recorded audio of the entire trip. They took that recording and put it inside a teddy bear for Chris and Kalleen.

Christopher’s disability will eventually take his life but when that time comes, his parents said they’ll be able to hold on to so much more than just memories.

“That meant a lot to me,” Taylor said. “Just being able to hear his laugh will make me smile.”

“We wonder what we did to be granted this incredible privilege to love this little boy and watch him grow,” said Marks.

Friday, a lot of families will gather around the tree assuming there will be many more Christmases to come, but not Chris and Kalleen. They will wake up knowing, now more than ever, that every single moment is a gift.