Leaders of faith protest the killing of George Floyd

Some demonstrators believe a deep spiritual call brought them to join the cause. 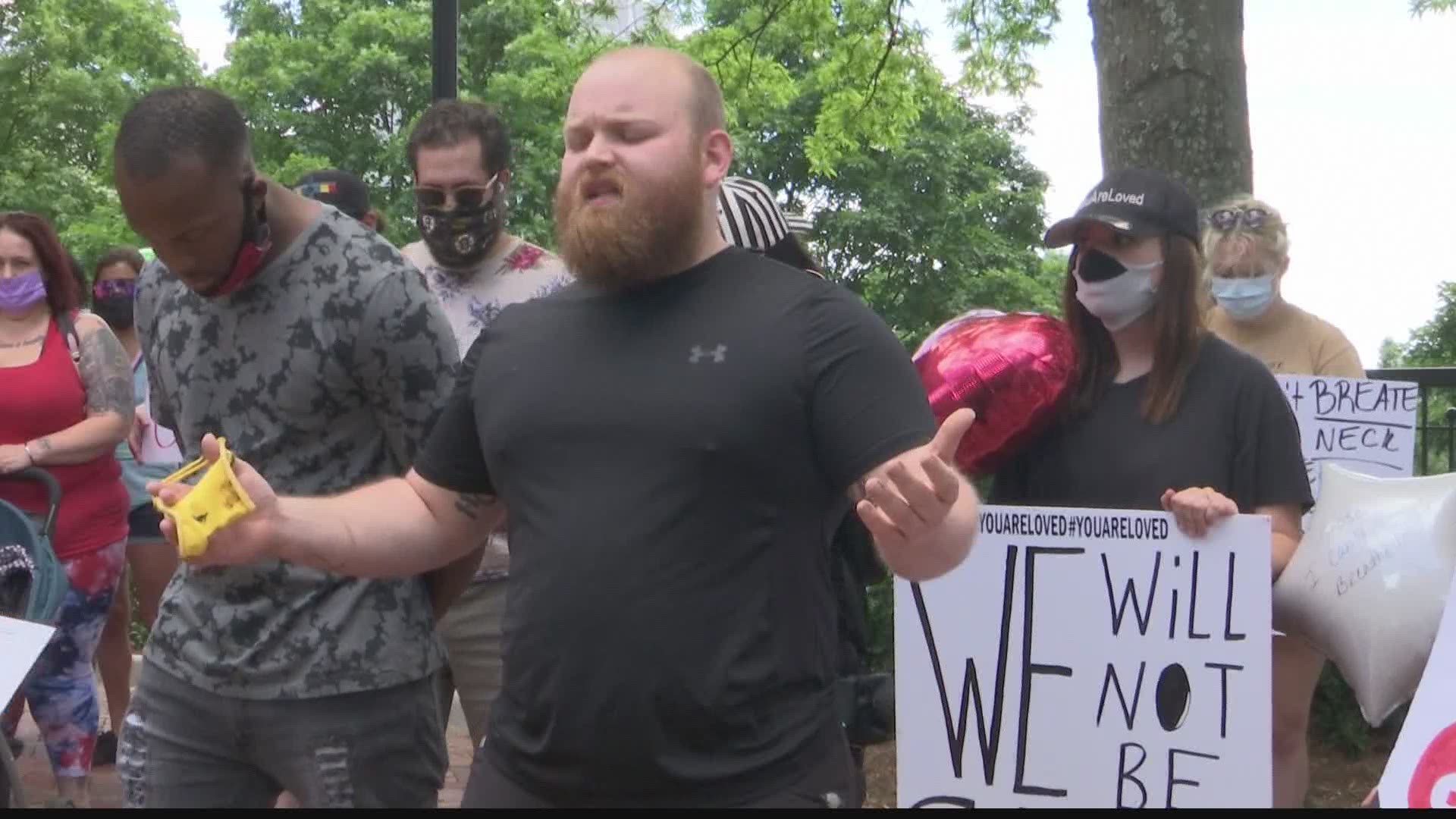 HUNTSVILLE, Ala. — Protestors gathered in Downtown Huntsville Saturday afternoon to call out for justice following the death of George Floyd.

This demonstration is one of many across the country. However, some protestors here in Huntsville say a deep spiritual call brought them out to join.

"Father I just pray that today that your love will shine through. That in the city of Huntsville, Alabama people will know that people love people regardless of their skin color," says Caleb Snell in a prayer.

Before the march, protestors opened up with prayer. Leaders of faith were at the forefront.

"Maybe it's time, for different people in this community to carry conversations to people who won't listen to me," says Associate Minister at The Fellowship of Faith Church, Dexter Strong.

"We need more voices out here. We need to be out here everyday if we have to - to continue to say this is not our America. This is not the country we want to live in where Black and Brown bodies are not valued as much as other bodies," says member of the Unitarian Universalist Church of Huntsville, Amanda Schuber.

The protest was met with anti-protestors who are faith-based believers. At one point, protestors broke out in song singing spiritual hymns. Even still, people still bringing a sense of unity during troubling times.

"So what happens to my brother and sister there, happens to me here. I have a responsibility to be out here, to support," says Schuber.

"We have to be steadfast in our approach to speak up and speak out," added Strong.

RELATED: Protest in Huntsville in response to killing of George Floyd