This mural called 'This Girl Can' took two years in the making from several local organizations. 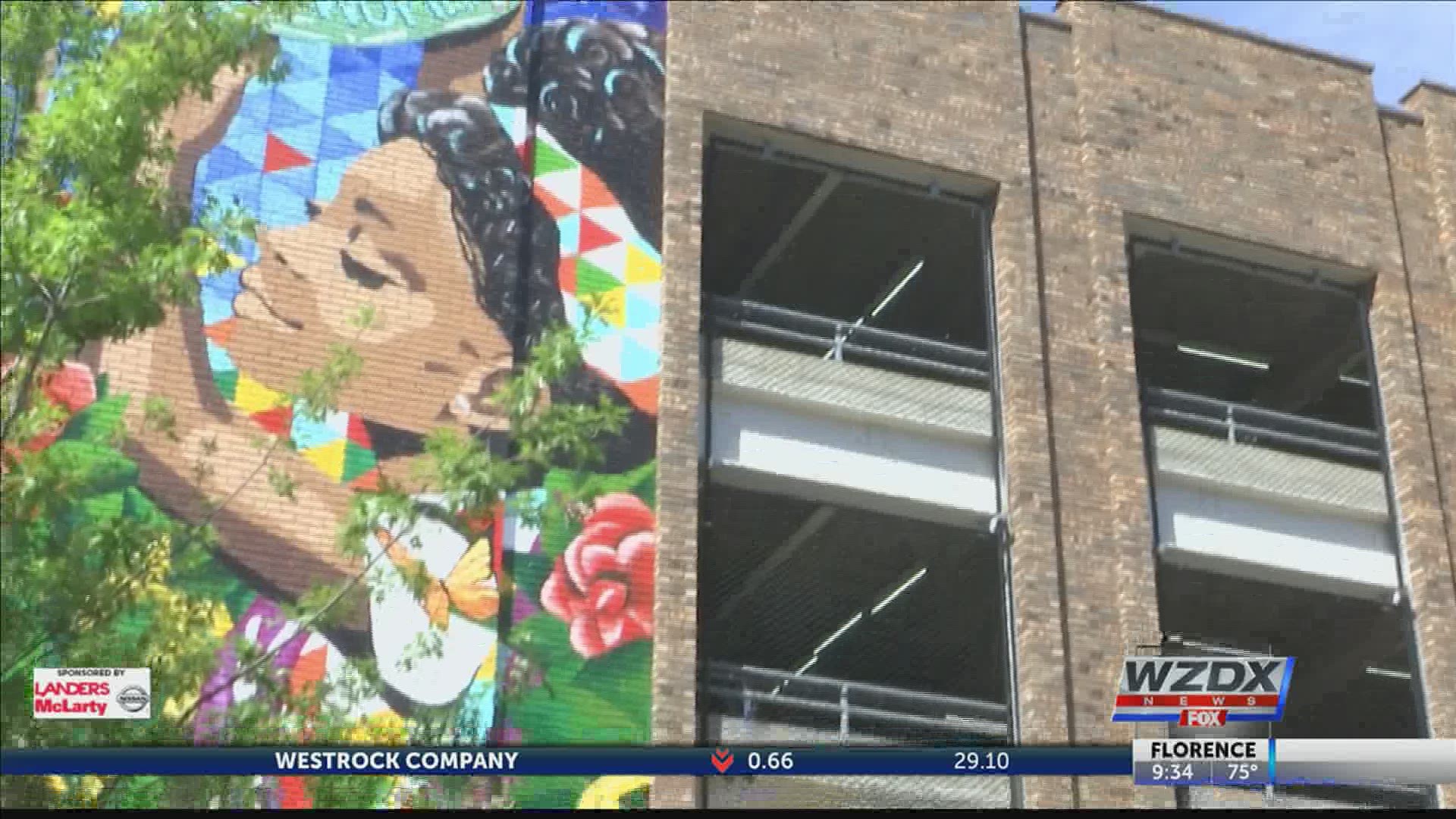 HUNTSVILLE, Ala. — Huntsville leaders celebrate 100 years of women having the right to vote with a mural dedication that took two years in the making. The mural is called 'This Girl Can', just off Washington Street in Downtown Huntsville.

"She is standing strong, on a well nourished foundation. Her life will be completely different from a hundred years ago," says artist, Kimberly Radford.

Radford, an artist from Nashville, Tennessee says she incorporated colorful geometric patterns which were symbolic of southern tradition. "I wanted her to not just be standing in front of that pattern, but also be encompassed in it, almost like a southern quilt."

"This imagery here is really amazing when you think about the watering can, that is like a nurturing life force....Righteousness and justice, we want it to flow through Huntsville, and to inspire all of us to create the beloved community that we all deserve and need," says The League of Women Voters of the Tennessee Valley Voter Services Chair, Kathy Jones.

Alabama didn't actually even ratify the 19th amendment until 1953, and it wasn't until 1965 that Black women could vote.The chapter's president says there's still work to be done.

"Voter suppression is still very much prevalent. We have some very critical elections coming up. So it's very, very important that we as women, we as citizens period that we come together and make sure that everyone is taken care of," says Delta Sigma Theta Sorority, Inc. Huntsville Alumnae Chapter President, Ovetta Hobson.

"This little girl - living in the 2020 time frame will have way more opportunities. Will experience incredible freedoms and equality that her ancestors never had," added Radford.

A plaque will be mounted on the mural on August 31st.