Last day to register to vote in Alabama July 14 runoff

The cutoff to register to vote is 15 days before the election. 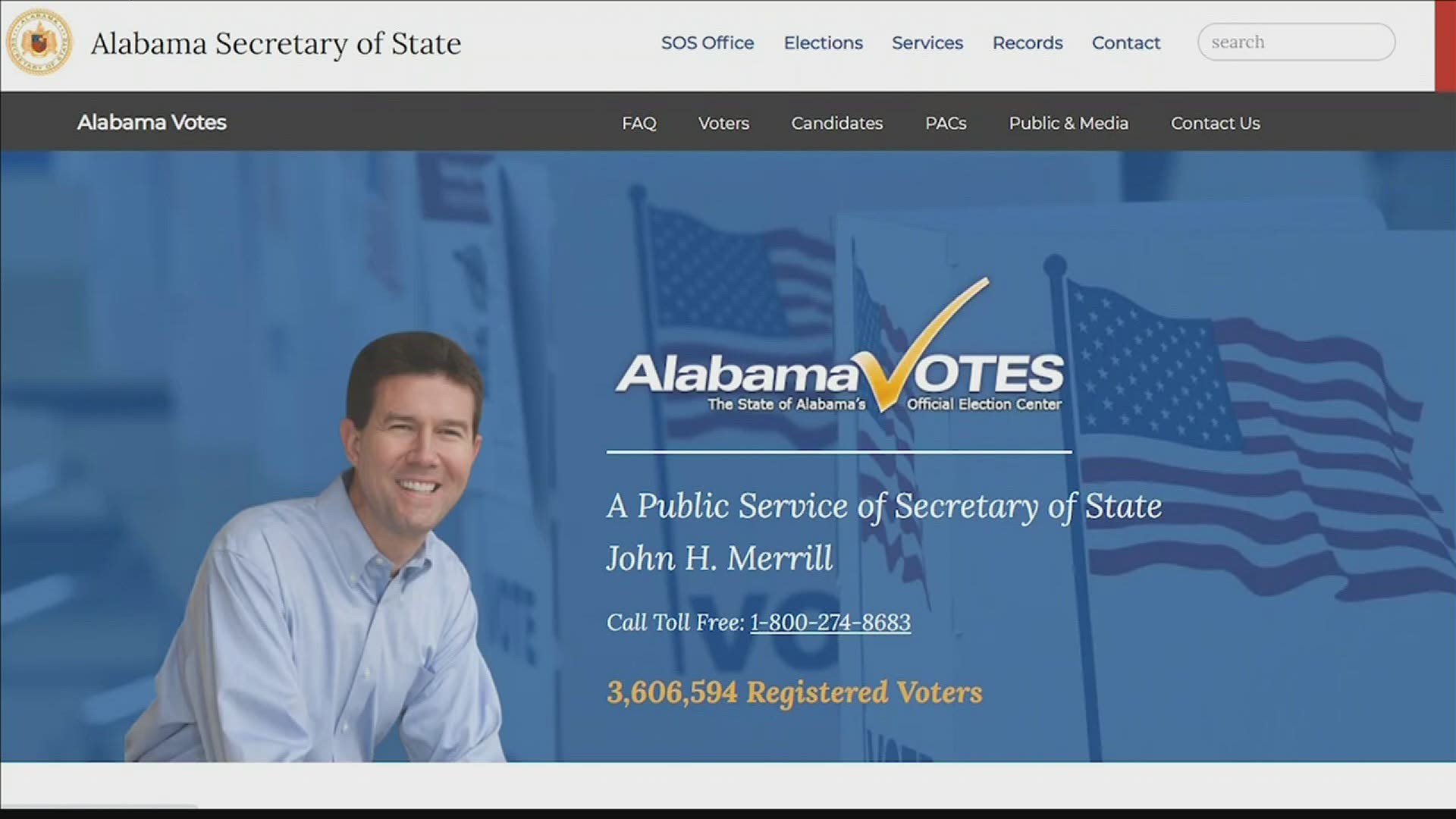 MONTGOMERY, Ala. — Today, June 29, is the last day to register to vote in the Alabama run-off election on July 14.

The deadline to register, set by state law, is 15 days before the election. Secretary of State.

Secretary of State John Merrill's office said, "Eligible Alabamians have until the close of business today to return their registration applications to their local board of registrars office. Alabamians can also register to vote online at AlabamaVotes.gov or through the mobile app “Vote for Alabama.”"

Voters have until July 9 to request an absentee ballot.

In March, Secretary Merill outlined the requirements for absentee voting. He said, "“Amid coronavirus concerns, it is important to remember that Alabamians who are concerned about contracting or spreading an illness have the opportunity to avoid the polls on Election Day by casting an absentee ballot. Alabamians can access the application online or by visiting or calling their local Absentee Election Manager’s office.”

According to the AlabamaVotes.gov website, Any qualified voter who determines it is impossible or unreasonable to vote at their polling place shall be eligible to check the box on the absentee ballot application that is most applicable to that individual. State law allows the Secretary of State to issue absentee voting guidance during declared states of emergency, allowing Secretary Merrill to encourage voters to check the box which reads as follows (in the case none of the boxes are appropriate):

“I have a physical illness or infirmity which prevents my attendance at the polls. [ID REQUIRED]”

RELATED: Don't miss the deadline to apply for an absentee ballot

Crossover voting is not allowed in the July 14 runoff. You can only vote in the party run-off for the party you voted as in the primary. Voters who do not vote in a primary and only vote in a runoff may choose which party's ballot they want.

This means that if you voted in the Democratic primary election, you cannot vote in the Republican run-off election.

This cross-over rule resets with each election cycle and only applies to Primary and Primary Run-Off Elections. It does not apply to a General Election.

WZDX News spoke with Marshall County Probate Judge, Andrea Lecroy, who suggests people who are within the high risk groups of being infected by the Coronavirus to vote absentee.

She highly encourages people who do arrive at the polls to wear masks. If voters do not have one, poll workers will be supplying them. "We really want our voters to wear their masks, You're just in for a few minutes," says Lecroy. She says there will also be social distancing markers from the point of entry to the registration table.

Poll workers will also spray down and wiping down between voters.

RELATED: Useful tips for wearing a mask while trying to stay cool during the summer