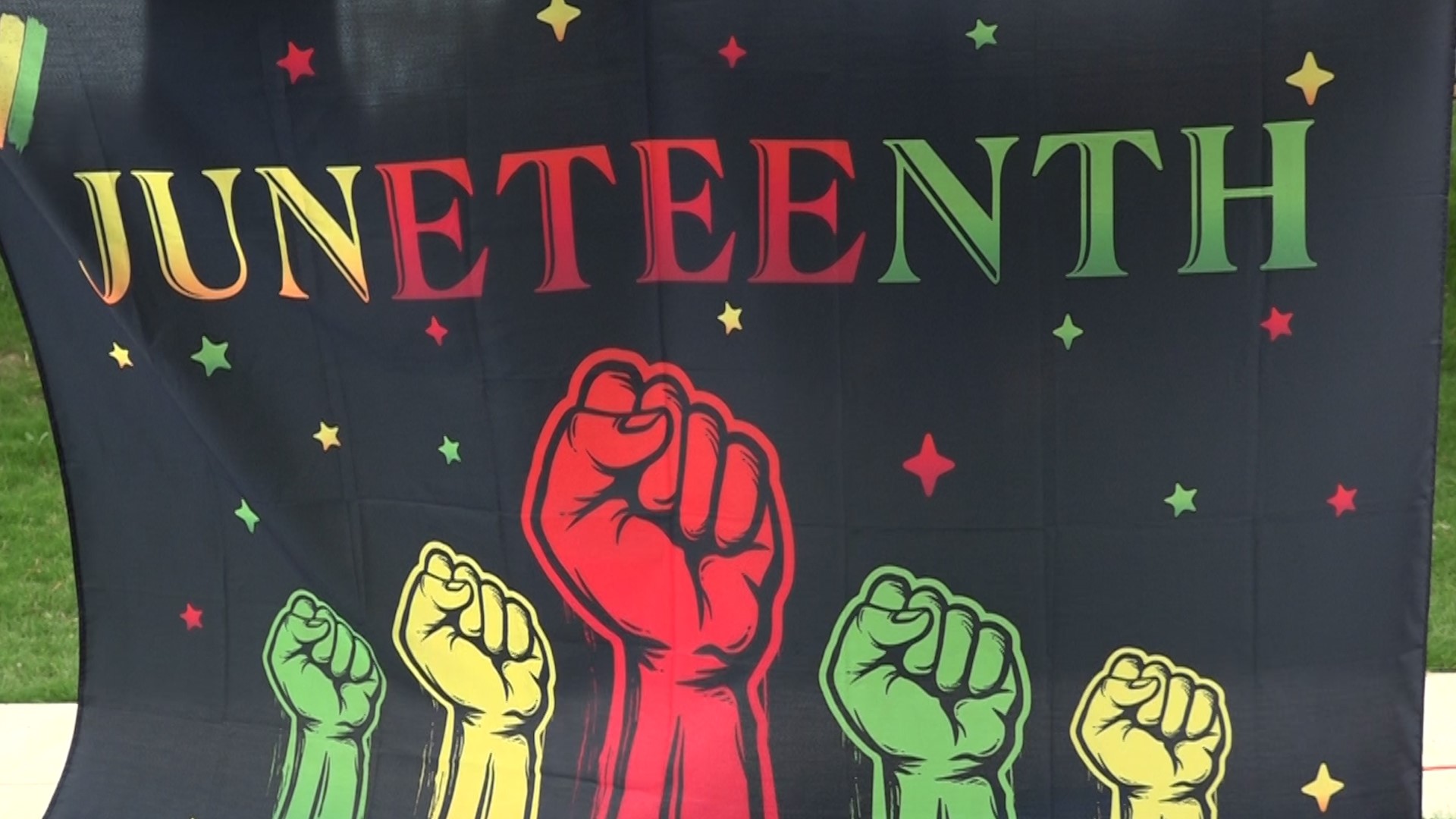 HUNTSVILLE, Ala. — Today is a big celebration for more reasons than one. It’s the first-time people are celebrating Juneteenth as a federal holiday. The term “Juneteenth” has been repeated a lot these last few days and we want to know what the holiday means to the community.

RELATED: Juneteenth, recalling end of slavery, is marked across US

Dontinai Edmondson of Artforms Inc says, “Juneteenth is really important because it is like the Independence Day for African-Americans in America.”

“Juneteenth is the day that slaves were freed,” A vendor at the Juneteenth Festival at Stoner Field said.

Samaree Bulls, the owner of Mareeology Beauty and Accessories said, “It’s the day that we were actually free.”

“It’s the day that we got freed. I can’t say we, but my ancestors. 1865. So, we want to celebrate it like it’s the Fourth of July,” Christopher Burks, the organizer for one of the first Juneteenth festivals in Athens said.

“Juneteenth is essentially the same as July 4, Independence Day, it’s just an Independence Day for African-Americans and the struggle that we had to face with slavery,” LeVon Rich, Executive Director at Enrich Inc., said.

There were festivals, jubilees and expos across the city that featured local, black-owned businesses. Owners were excited to show off their products and promote their brands. Children as young as six had their own vendor's booth selling jewelry and cosmetics.

People in Huntsville and surrounding counties are looking forward to next year’s event and hope’s it’ll be even bigger.

“Although things aren’t as great as they probably could be, this day [is] definitely something to celebrate” said Nick Britton, owner of Technically Sneaking LLC.