In the post, the owner bans local and state leaders from the restaurant in response to Alabama's mandatory mask order. 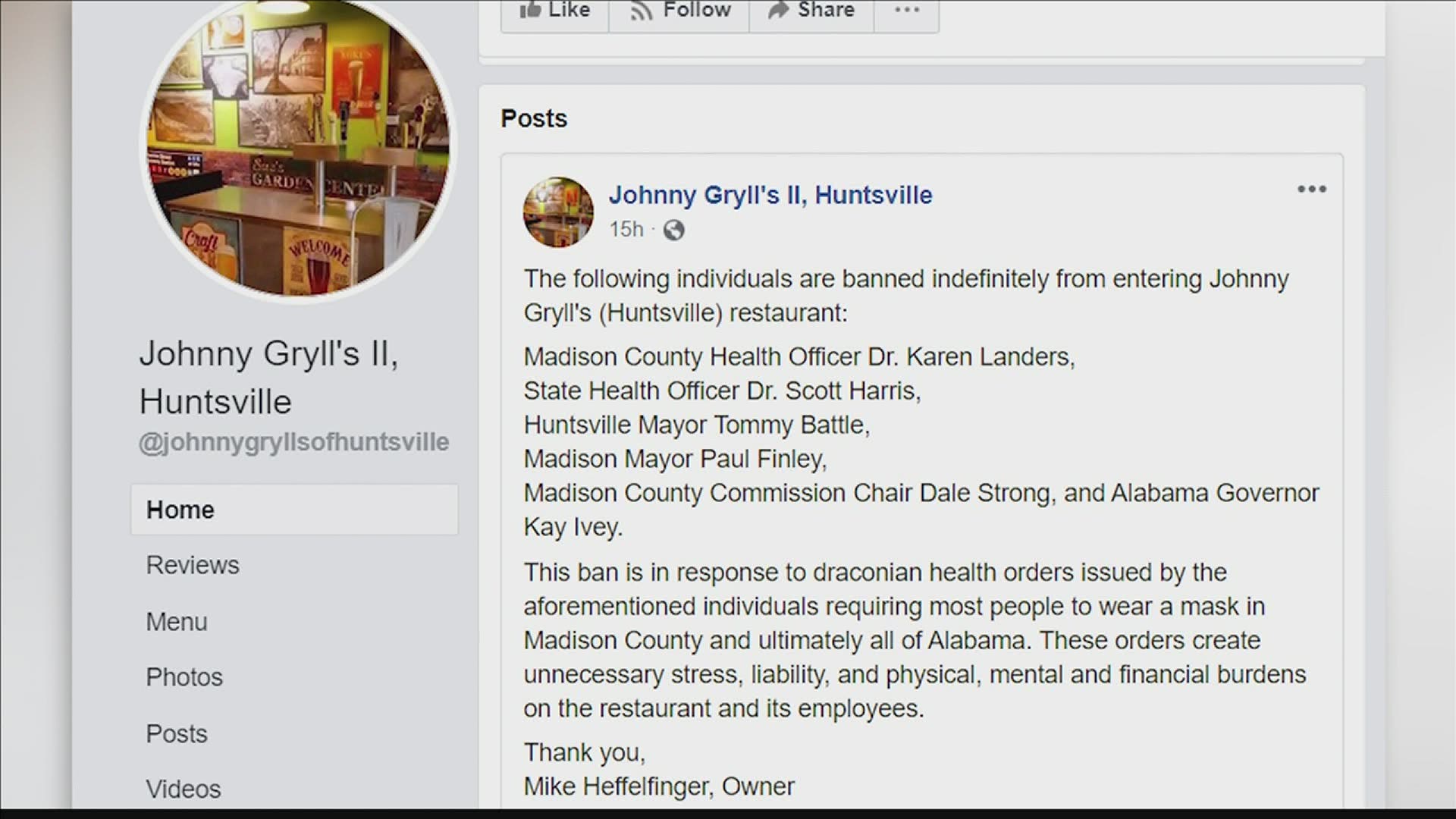 Johnny Gryll's in Huntsville is facing backlash after one of their Facebook posts went viral.

In the post, the owner Mike Heffelfinger bans local and state leaders from coming to the restaurant in response to Alabama's mandatory mask order.

WZDX News spoke to Heffelfinger. He says his employees are following the mandatory mask order even though he disagrees with it. Despite the backlash, he says he is standing by his Facebook post.

Heffelfinger stated in the post, "These orders create unnecessary stress, liability, and physical, mental and financial burdens on the restaurant and its employees."

A lot of people do not agree with the post.

"It's irresponsible to say something like that during a global pandemic," said customer, Rico Hare. "It's disappointing being a business owner, and part of it's just because we all have our own part and responsibility in this pandemic so it's definitely disappointing to hear that."

Many people are in favor of Johnny Gryll's taking this stance.

"All these masks and mandatory mandates don't make sense, because the government doesn't provide masks," said customer, Samuel Rowan. "They're making you do something that people should have their own choice against."

If you know of a business refusing to follow the mask mandate, you can report it. The City of Huntsville says they work with the Alabama Department of Public Health to ensure complaints are followed up on.

"We check up on those stores and make sure they are following a masking policy, that they understand the masking policy," said Mayor Tommy Battle. "If necessary, if we have two or three calls, we will go out and we will do checks on them. Sometimes it's Huntsville police who are doing the checks. Sometimes it's the Alabama Department of Public Health if they have a food permit, so everybody's trying to follow up just to make sure that everybody is following the rules."

The Madison County Health Department can force a restaurant to close if they do not comply.