Just before Tuesday night’s Huntsville Havoc game, an overhang outside Propst Arena came crashing down. We asked the VBC how they're dealing with the damage. 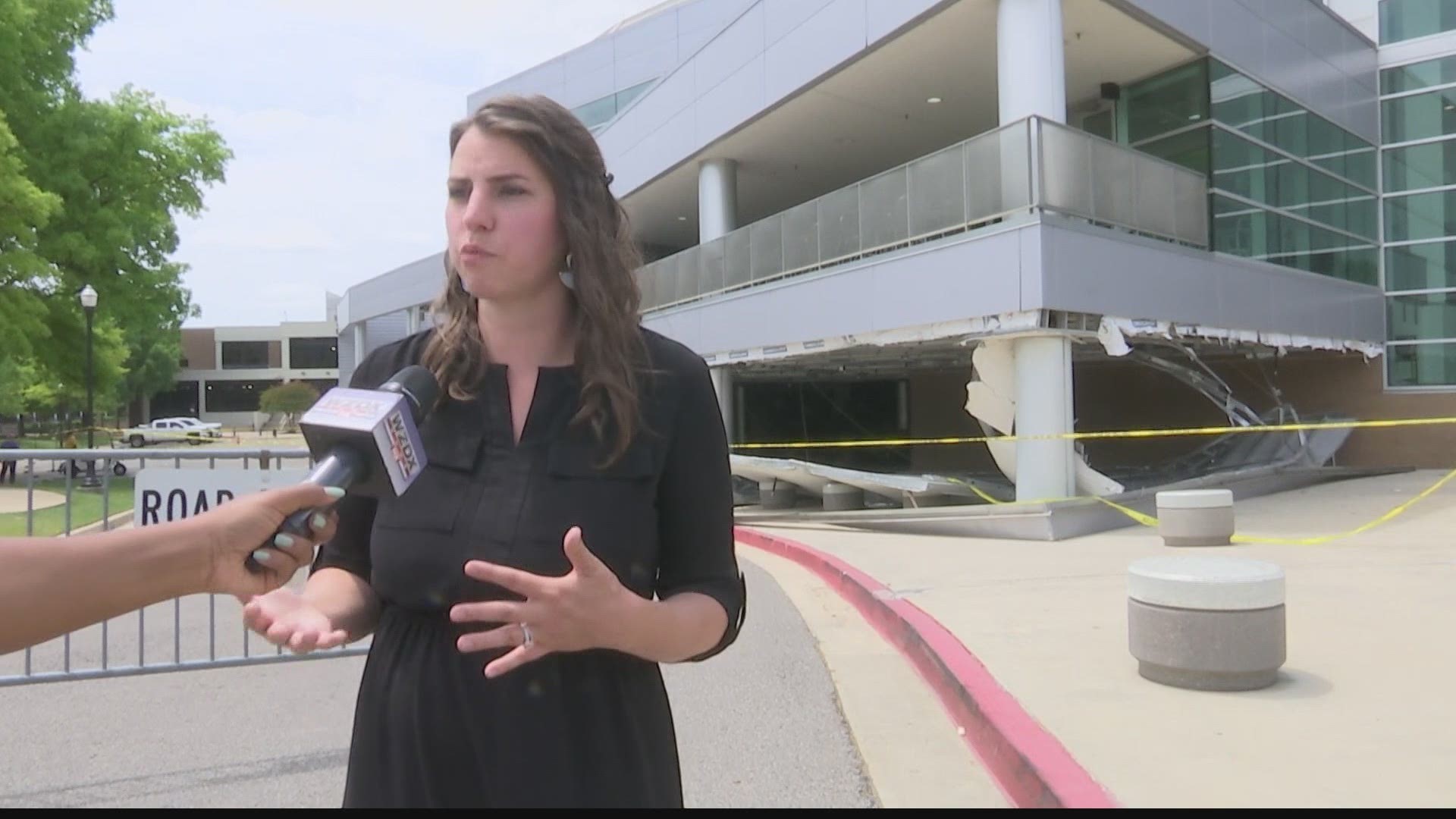 Our team stopped by the VBC today to check in on how the center is dealing with the damage.

We met up with Samantha Nielsen, Marketing and Public Relations Manager for the VBC. She recaps Tuesday evening's collapse. She says, “Around 6:20 last night, we were getting guests inside for the Havoc hockey game. Around 6:20 the ceiling behind me over that covered patio collapsed.”

Hockey lovers were in for a shock Tuesday after part of the Von Braun center collapsed before the Huntsville Havoc game.

Luckily, there were no injuries reported. But, the center, with the help of Huntsville Fire and Rescue did have to evacuate the building before the game, so the damage could be assessed. Nielsen says, “The inspector was here. So, they went inside, went outside, looked inside to make sure that there were no other areas indicated that would be unsafe. They went ahead and recommended that we block off the entire inside of the Bud Light Café just until we were able to get a structural engineer to come in. We actually had them here today. They were here this morning to do their initial assessment, which is very good news. It appears the failure was contained to the ceiling component.”

The VBC was given the 'OK' to still hold the game, though it started about 30 minutes late. A couple of things led to the delay. Nielsen tells our reporter, “When the ceiling actually collapsed there’s a sprinkler system that was involved, that sent water spewing everywhere. There were electrical components that went down. So, for maybe 15 minutes, the credit card machines were down. Our generators kicked on after 10 seconds but it takes some time for those things to come back up. So, once that all came back up, our sound system was back up and operating, we were clear to allow people to come back in safely.”

The center says they’re grateful no one was hurt. Samantha Nielsen says, “This is not a heavily foot-trafficked area. This is a private entrance at the south side of the arena. We at the VBC refer to it as our skate lobby. When you get through those doors there, you’ll find the UAH locker room, the Havoc locker room so primarily it’s staff and Havoc use so it’s not a public access area.”

The VBC has set up barricades, caution tape and even has a security guard on site to make sure the public doesn’t get anywhere near the damage. This is still a very dangerous area. We're told cleanup won’t start until the VBC receives the official damage report from the structural engineer.