Industry growth: Second aerospace company expands in research park in as many weeks

Community leaders say they feel like they’re going to grand openings and company expansions all the time. It’s proving businesses are choosing Hunts... 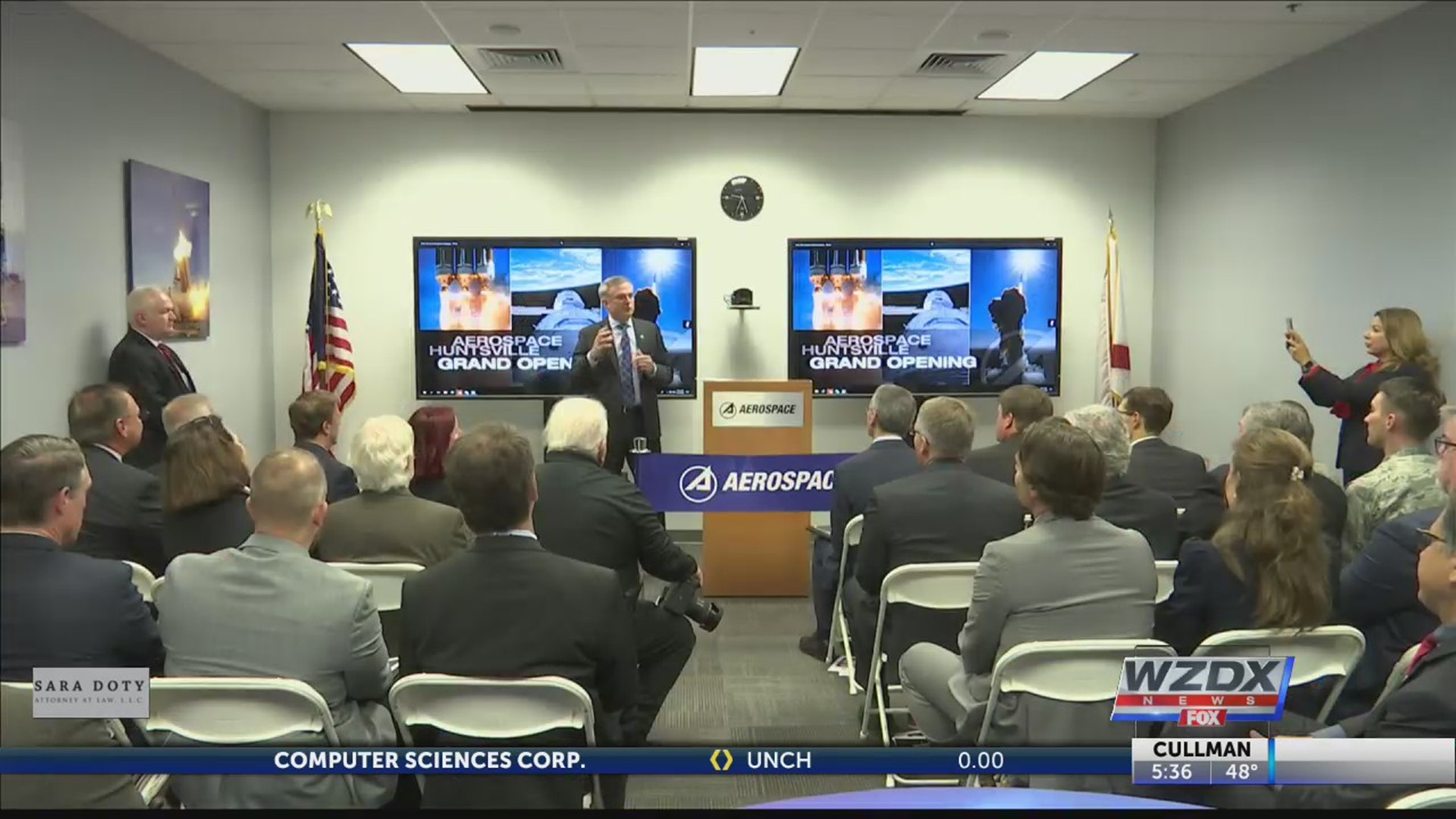 Another aerospace company celebrated its expansion in Huntsville Thursday, marking yet another gain for the local economy.

Community leaders say they feel like they’re going to grand openings and company expansions all the time. It’s proving businesses are choosing Huntsville as the palace to be and WZDX News found out why.

So why are companies choosing Huntsville?

“It’s very affordable, the quality of the education that’s here,” said Steve Isakowitz, Aerospace Corp. president and CEO. “Local universities that provide the kind of talent to bring in. And also I’ve just noticed throughout my career that people that come to Huntsville stay in Huntsville.”

@AerospaceCorp chose @huntsvillecity to expand because they know it's a good place to recruit and retain, CEO says. @CRPHSV pic.twitter.com/how5W87Fv9

The Aerospace Corporation isn’t the only company to take notice. Cummings Research Park is 94 percent occupied and the executive director says much of that is credited to Huntsville making its mark nationally.

“That does not hurt our recruiting efforts when other entities recognize Huntsville,” said CRP Executive Director Erin Koshut.

The city’s on track to be Alabama’s largest within five years. With that comes quality of life projects local governments are working on.

The Aerospace Corporation started with less than 10 employees and is now at 50 and still growing. The company is expected to make an economic impact of more than $20 million a year.