Monday is Huntsville’s first ever Rosa Parks Day and if you rode a city bus you probably figured that out. 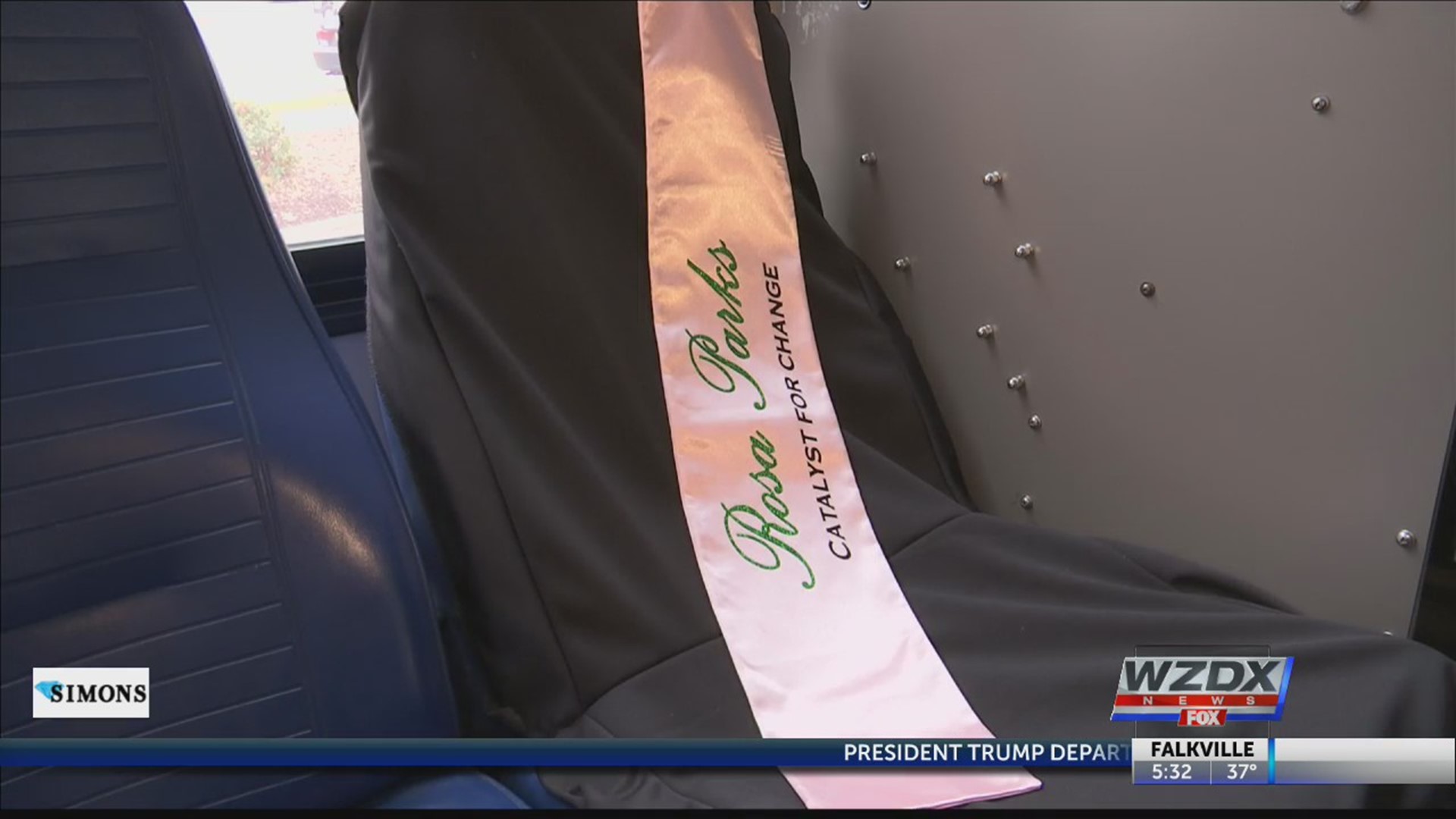 Monday is Huntsville’s first ever Rosa Parks Day and if you rode a city bus you probably figured that out. Bus rides were free and the first seat on every bus was saved, dedicated to Rosa Parks.

At the celebration at Huntsville’s bus station there was a lot of looking at how what she did impacts us now, but as people registered to vote at the station they also looked at how what we do now can impact the future.

Who knew a commemorative bus ride on Huntsville's first #RosaParksDay would have so many spoken word artists on it? pic.twitter.com/6k6Tyek2Wb

“December the first 1955 our freedom movement came alive because of sister Rosie, you know, we don’t ride in the back of the bus no mo,'” a woman sang on the bus.

She’s one of Alabama’s own heroes.

“Just the chills when I saw her name on the front seat of the bus,” said Clarene Teague Johnson with Alpha Kappa Alpha.

Huntsville’s Rosa Parks Day honors the civil rights figure and shows what we can learn from her.

“It only takes one person to take a stand and decide they’re gonna do something about things that are happening around us,” said Jeanette Jones, the Ivy Foundation president with Alpha Kappa Alpha.

“I’m from Montgomery where it all began,” said Barbara Davis with Delta Sigma Theta. “I can remember when my mom and dad, they decided not to ride the bus. And everybody got together because that was basically the only means of transportation during that time. And everybody just got together and started pooling cars.”

“Mrs. Parks chose to take a seat so that I today can stand before you,” State Representative Laura Hall told the crowd.

Continuing to work together to create change, volunteers registered people to vote at the bus station. One woman brings up that black women are largely credited to electing Alabama’s first democrat to the Senate in 25 years.

RELATED STORY: Tens of thousands of convicts have the right to vote and may not know

“We need to recognize what black women are doing and black women have done a lot, not only in America, but in Alabama,” said Jones.

Through action they plan to keep Rosa Parks’ legacy alive.

“Vote for people who are going to make a difference,” Jones said.

You’re invited to a Rosa Parks celebration Sunday at 4:00 p.m. at Church Street Cumberland Presbyterian Church. There will be a panel discussion and “catalyst for change” awards.

Learn more about restoring your voting rights if you’ve been convicted of a crime in the related story here. 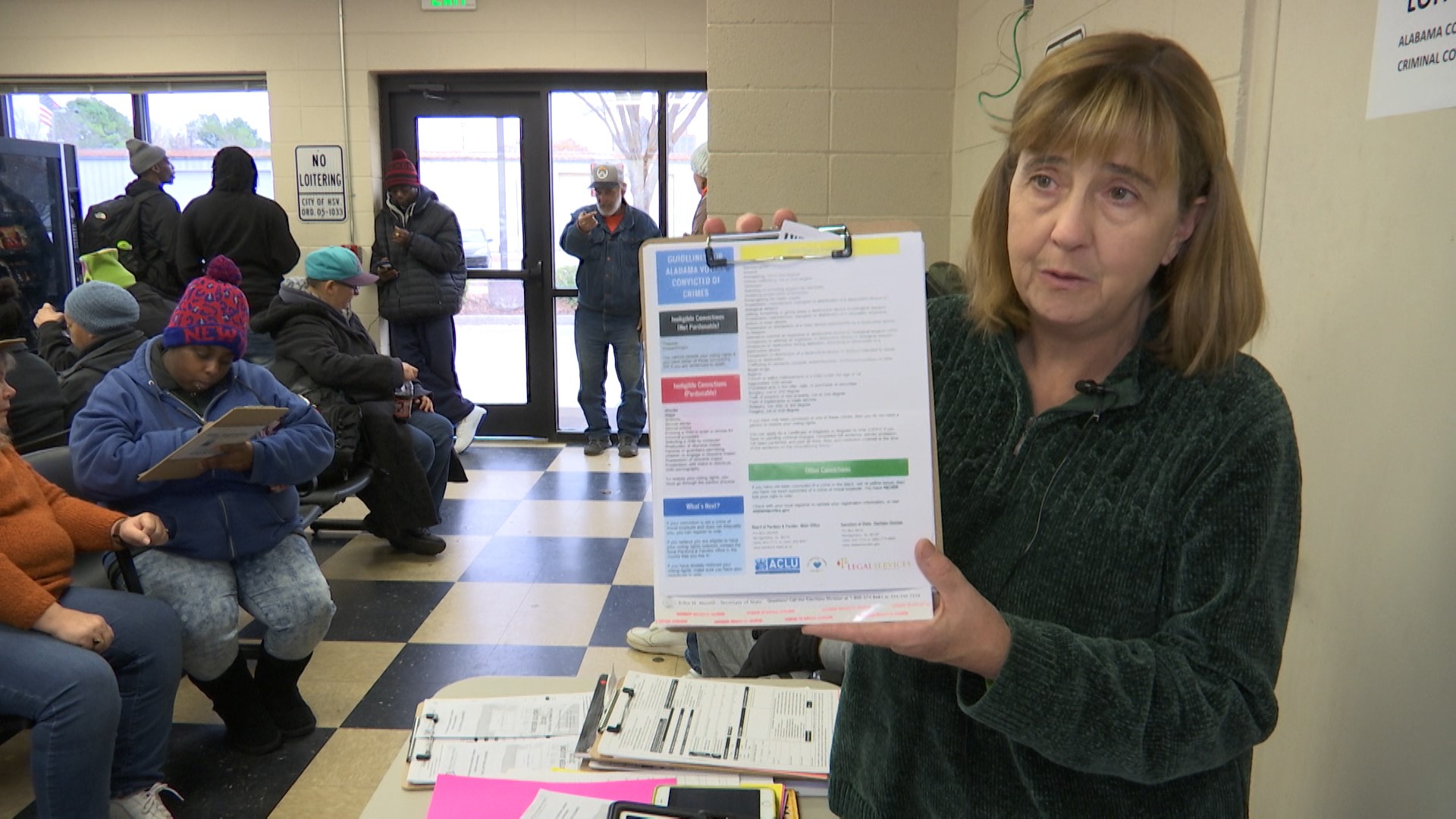