A total of $20,000 in rewards in being offered for information leading to the arrest, conviction of the person responsible for vandalism. 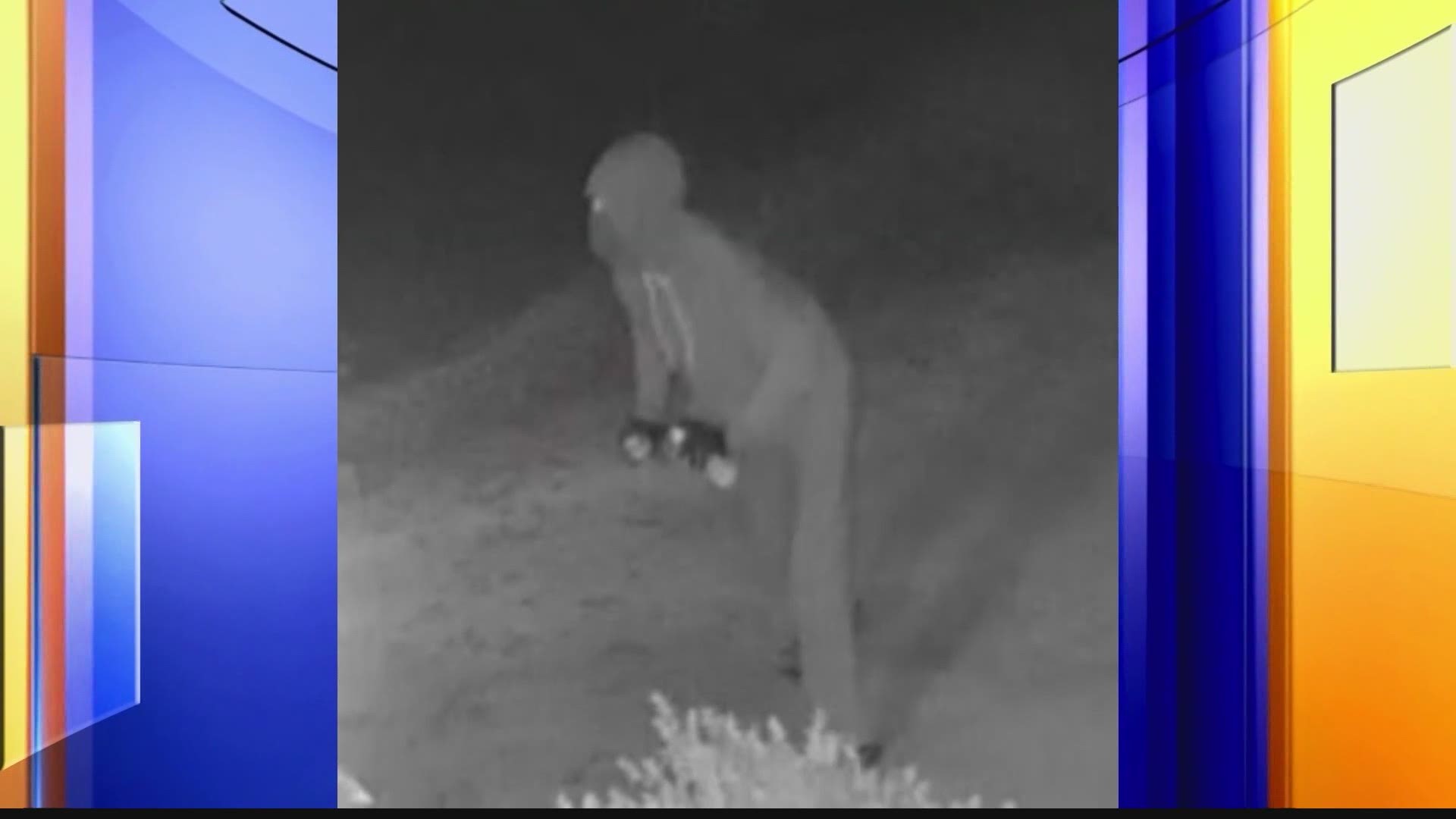 The Huntsville Police Department and FBI – Federal Bureau of Investigation continue trying to identify a person of interest for the April 2020 vandalism of a Jewish Synagogue and Chabad House in Huntsville.

The FBI is offering up to $15,000 in reward money, the Anti-Defamation League put up $2,000, Huntsville Area Crime Stoppers is offering $1,000. An anonymous community member is offering an additional $2,000 for information leading to the arrest and conviction of the suspect.

Tips can also be submitted online at tips.fbi.gov.

The FBI and Huntsville Police Department announced a total of $18,000 in rewards would be offered for information leading to the arrest and conviction of the person responsible for vandalizing two synagogues in 2020.

These surveillance photos show the person police believe vandalized the synagogues. Do you know who this is?

The individual was seen walking near the Chabad of Huntsville in the Blossomwood neighborhood on April 4, officials say.

The FBI is offering a $15,000 reward for information that leads to the individual's arrest and conviction.

The Huntsville Area Crime Stoppers is offering a separate $1,000 reward.

The Anti-Defamation League is offering a separate $2,000 reward.

Additionally, digital billboards will be displayed across North Alabama and southern Tennessee, contributed by Lamar Advertising.

If you have any information regarding the possible identity of this individual or about the incidents, please contact the FBI's Birmingham Division, Huntsville Resident Agency at 256-539-1711 or the Huntsville Police Department at 256-427-7009.

Additionally, tips can be submitted online through the FBI's website.

IN OTHER NEWS: Decatur Police officers honored for 'Acts of Heroism' in line of duty