With this growth comes some pretty exciting additions, and one announcement that shoppers have waited a decade to hear. 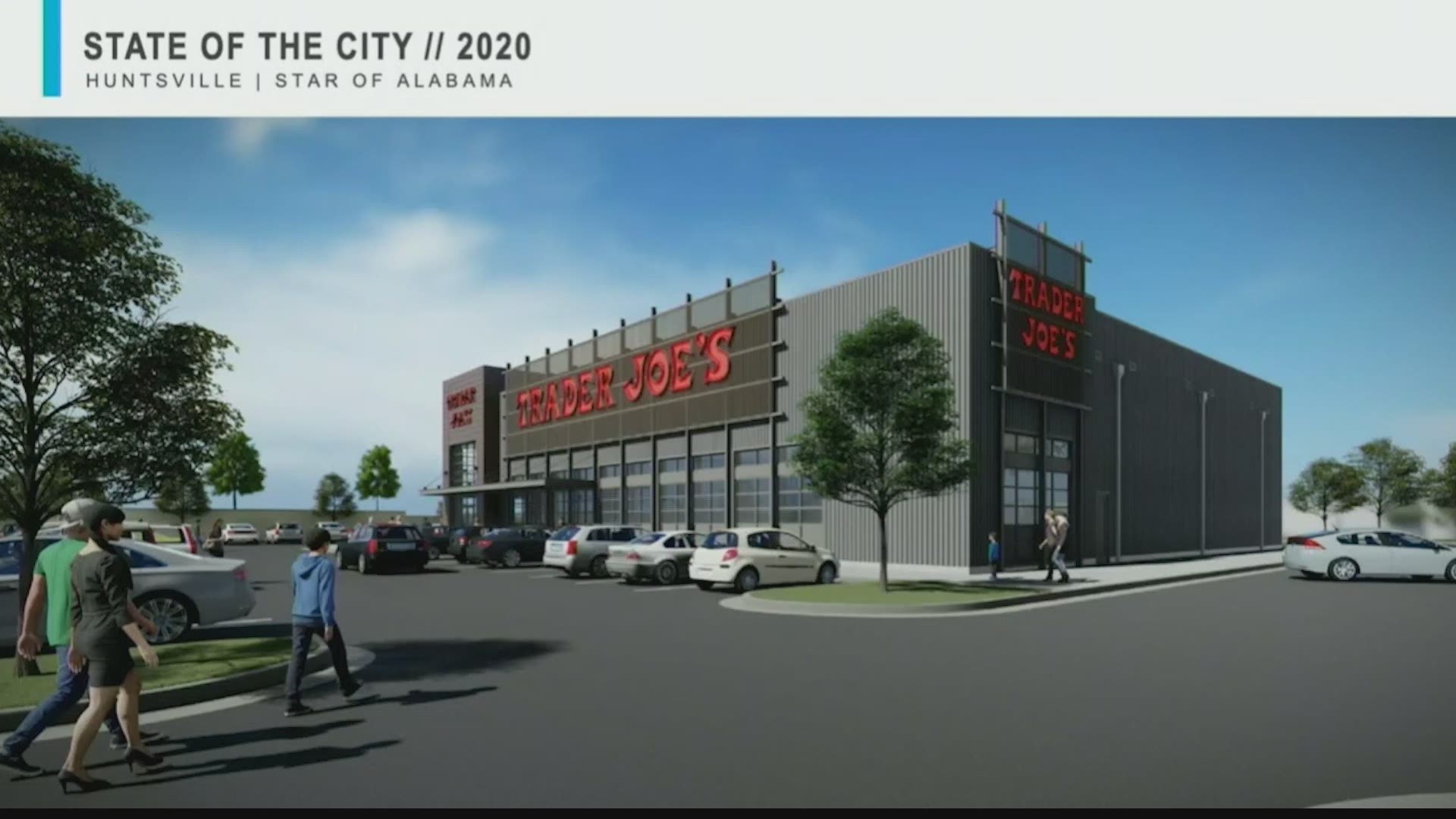 HUNTSVILLE, Ala — The pandemic has brought a lot of things to a slow crawl over the last seven months, but apparently not Huntsville’s growth. Mayor Tommy Battle gave his annual ‘State of the City’ address Wednesday. Our Sydney Stallworth tells us what new things we can expect to see around the city in 2021.

From a highly anticipated Trader Joe's to possibly a new City Hall. Mayor Tommy Battle tells us there’s a lot to look forward to for the City of Huntsville moving forward. Mayor Battle says, the pandemic is one battle we’re still fighting but city development is showing no signs of slowing down. During the address, Mayor Battle says, “Despite COVID-19 and all that you’ve seen and heard, there’s still growth in every part of our city. The unofficial bird for Huntsville is now the construction crane, it now populates our skyline”

With this growth comes some pretty exciting additions, and one announcement that shoppers have waited a decade to hear. Mayor Battle says, “As Huntsville’s most requested retailer for the past 10 years, we are excited to announce, Trader Joe’s is opening a new store in Huntsville Alabama.”

Trader Joe’s will be coming to the Midcity District.

Mayor Battle says new commercial opportunities like this one are just the beginning. He adds, we’ve seen progress despite the hardship brought by the pandemic.

In September 2020 alone, 220 million dollars were issued in commercial construction permits-- a record number in city history. Mayor Battle says, “By the end of this year, in the middle of a pandemic, we will have created another 960 new jobs and put another 2.1 billion dollars in new product on the ground in Huntsville.”

Mayor Battle takes a look back at the progress yet to be made, acknowledging the months of local protests against systemic racism and police brutality. He says, “In Huntsville, we will continue engaging dialogue on ways to be a more just and equitable city.

One thing you can expect to see is more green space and sporting event spaces. A multi-year construction project is underway at John Hunt Park and big changes are coming to Joe Davis Stadium. After the address, Huntsville City Administrator, John Hamilton, says, “We really have the ability to transform it into a venue that can do high school football, soccer, lacrosse… basically any sport that uses a rectangular field, it’s going to be a great venue for that.”

The 11 million dollar Ice Plex renovation is expected to be done and open in November.

Mayor Battle tells us what we can expect to see next year. He says, “This city is well positioned for 2021… our new City Hall, a world class amphitheater, a new fire station for Limestone County... and many other quality of life amenities.”

RELATED: Nearby residents say noise from MidCity is keeping them up at night