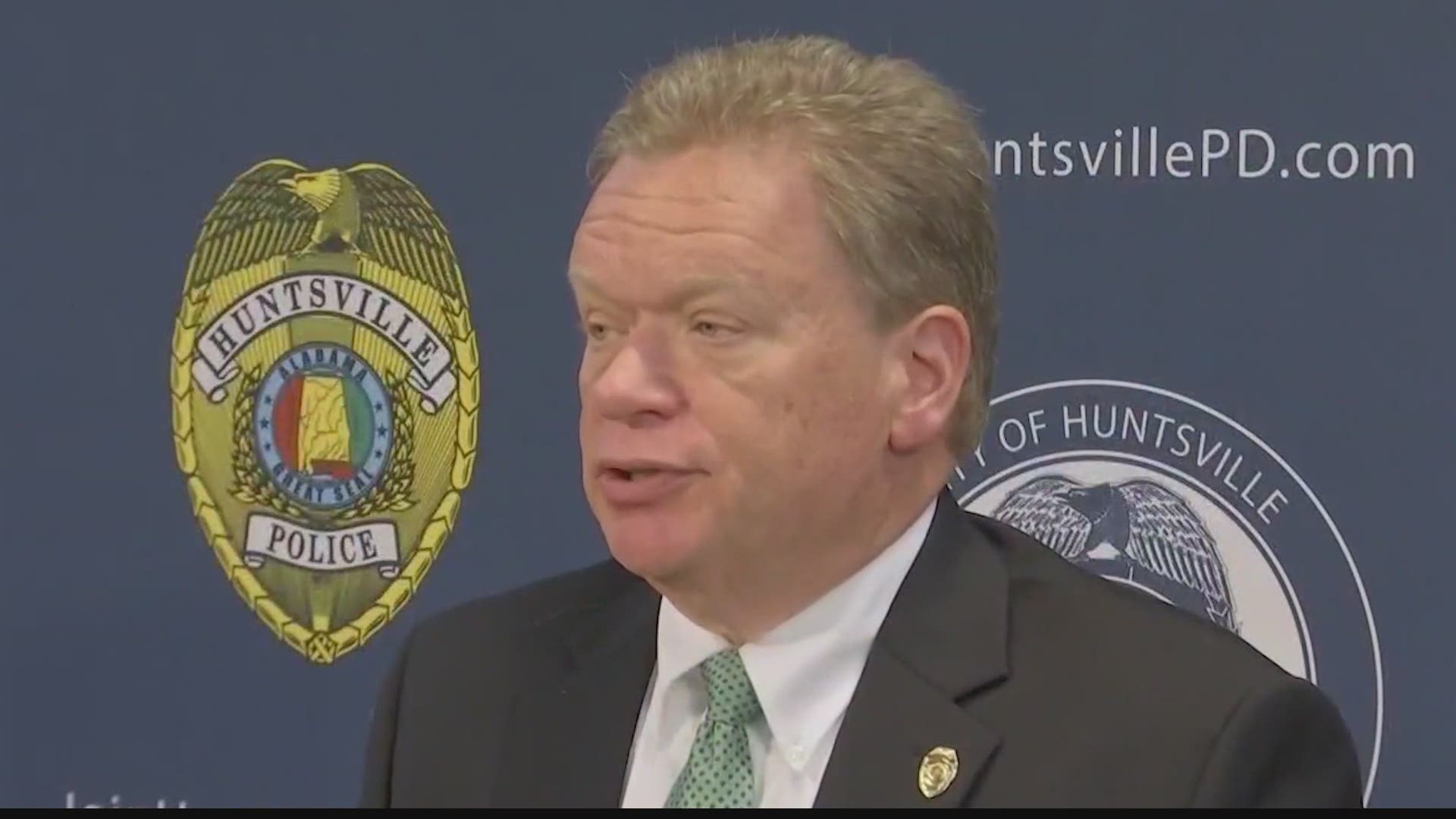 HUNTSVILLE, Ala. — Huntsville's Rosa Parks Committee held a press conference Thursday morning condemning the statements made by Mayor Tommy Battle and Huntsville Police Chief Mark McMurray about the conviction of William Darby. Darby, an HPD officer, was convicted on May 7 for the murder of Jeffrey Parker in 2018.

“While I respect the jury’s opinion, I disagree with the verdict. We recognize this was a hard case with a lot of technical information to process. Officer Darby followed the appropriate safety protocols in his response on the scene. He was doing what he was trained to do in the line of duty. Fortunately, Officer Darby has the same appeal rights as any other citizen and is entitled to exercise those rights."

Police Chief McMurray stated, "We are in the first stages of shock. While we thank the jury for their service in this difficult case, I do not believe Officer Darby is a murderer. Officers are forced to make split-second decisions every day, and Officer Darby believed his life and the lives of other officers were in danger. Any situation that involves a loss of life is tragic. Our hearts go out to everyone involved."

Thursday morning, the Huntsville Rosa Parks Committee stood in front of Huntsville City Hall and denounced the two statements. "As we applaud Madison County DA Rob Broussard for his prosecution of Officer Darby, we call on Mayor Battle and Chief McMurray to renounce their affirmation of Officer Darby's actions," the committee said. "And if they refuse, we join with the other individuals and organizations who urge them to resign."

Attorneys for William Darby say he will appeal.

Defense Attorney Robert Tuten says he is certain the verdict will not stand.

"The jury got it wrong. They made a mistake ," said Tuten. "Ben Darby has constitutional rights to take it to a higher court and have it reviewed, and that's what he will do."

Officer Darby was indicted in August 2018 for the April 18, 2018 shooting. He had been employed with HPD for two years and was placed on administrative duties after the shooting and on paid administrative leave as of August 3 due to the indictment and arrest. He no longer has his gun, badge, or police credentials.