Demonstrators marched for hours after George Floyd, and unarmed Black man, was killed by a White Minneapolis police officer. 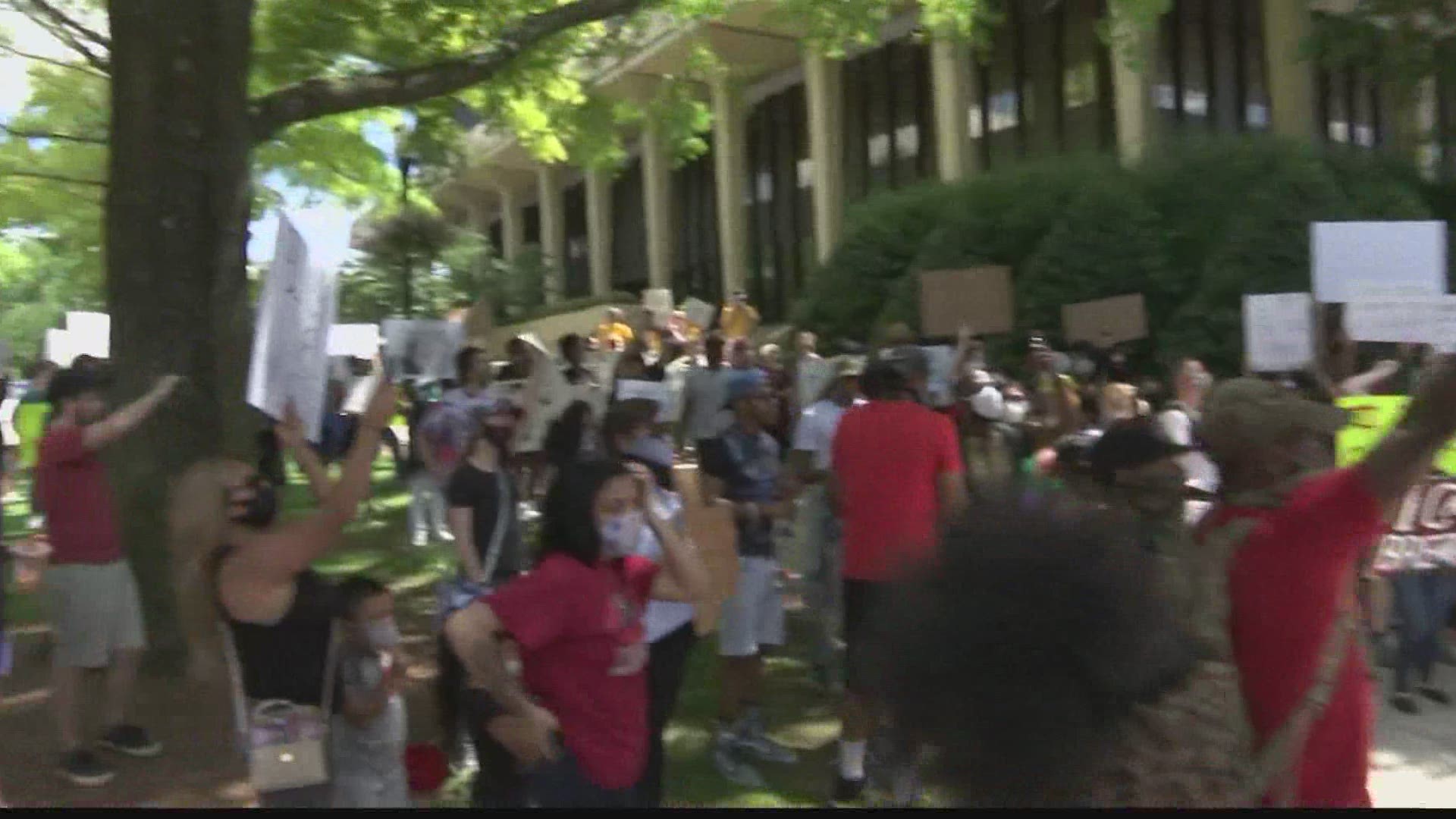 HUNTSVILLE, Ala. — Hundreds marched in solidarity throughout Downtown Huntsville following the death of George Floyd, and they're calling for the conviction of the Minneapolis police officers involved.

Protestors were filled with passion. They marched near the Madison County Courthouse, and often chanted 'I can't breathe', 'Black Lives Matter', or 'No justice, no peace'.

One military veteran explained the danger he feels at home in the U.S. "It's really a shame that I can be overseas, and I'll feel like I'm safer - I'm safer in Afghanistan, I'm safer in Kuwait, I'm safer in Iraq," says one protestor.

Another protestor explained the killings of unarmed black women, such as Breonna Taylor from Louisville.

"I stand in solidarity with all other sisters, who also say that we don't want to die. As Black people, we are done dying," added Hunter.

There was a slight disturbance during the protest. One person claiming someone had thrown a beeping device or possible bomb in a gutter. But it was all clear.

Protestors say it's time for a change in approach. "Watched him die for eight and a half minutes, and he had a look on his face, like he was squishing a bug! We have to do something different!"

The leader of this protest, Caleb Snell, says it's important for people who are White to use their voices and be allies also.

"I can't as a citizen of this country stand idle, and allow stuff like this to happen without standing up for it," says Snell.

Huntsville joins several cities across the country in Saturday's demonstration.

RELATED: Protest in Huntsville in response to killing of George Floyd

Continued coverage of protests for the murder of #GeorgeFloyd