The council identified several issues in the way law enforcement handled protestors in Huntsville following the death of George Floyd. 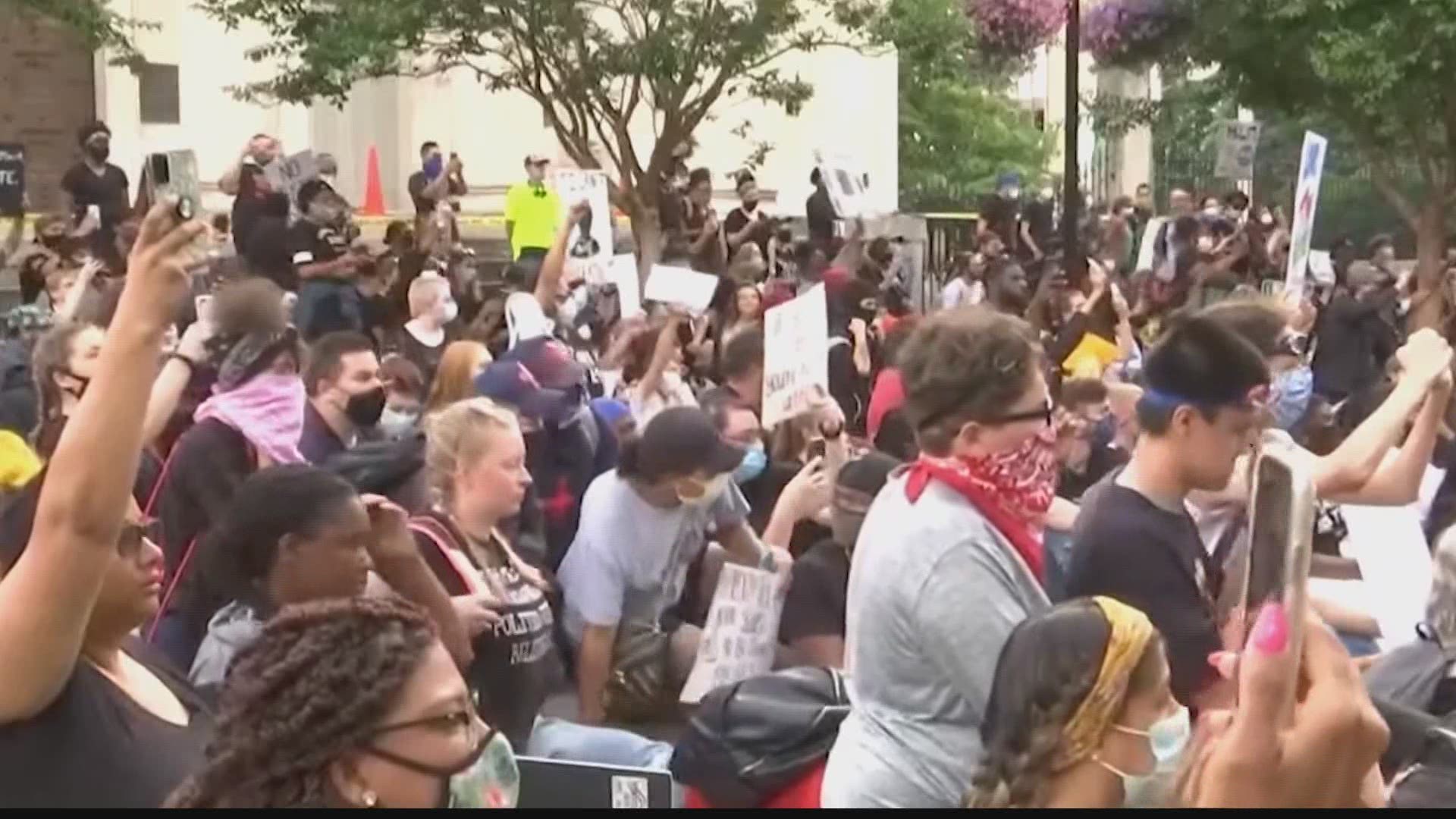 HUNTSVILLE, Ala. — The Huntsville Police Citizens Advisory Council presented a review to the Huntsville City Council on April 22 regarding the police actions during protests over the summer.

The council said that while the Huntsville Police Department cooperated with the review, agencies including the Alabama Law Enforcement Agency and Madison County Sheriff's Office did not.

"Training is critical, and that's probably the number one recommendation from this report," says Attorney Elizabeth Huntley with Lightfoot Law.

On Thursday night, Lightfoot Law, a firm based in Birmingham who provided legal counsel, presented the review. The firm says protests on June 1st and 3rd were something new to Huntsville.

"There were actually HPD officers on their body camera that said, 'we weren't trained for this'," says Huntley.

The council identified several issues in the way law enforcement handled protesters in Huntsville following the death of George Floyd.

"We interviewed Chief McMurray, and I believe it's consistent with the public statements that he's made that he doesn't use rubber bullets and he didn't authorized the use of rubber bullets," says Huntley.

However, a Huntsville police officer no longer on the force revealed on body cam video he used them. The council said this creates a question of internal control in the Huntsville Police Department. "That particular officer stated that he used five rubberized thin rounds," says Huntley.

"HPD officers did deploy a significant number of beanbag rounds. Some of those instances appeared to violate HPD policies regarding the use of less lethal force," says Huntley.

Another issue identified in the report was the use of snipers on roofs by the Madison County Sheriff's Office and the Madison Police Department. The council said snipers were aiming at protesters. Huntsville police did not use snipers.

"So because there were no HPD officers that were using those snipers and Chief McMurray testified that's inconsistent with the manner in which HPD uses its sniper rifle, then we have no recommendations regarding the sniper rifle," says Huntley.

Huntley says there was poor communication among agencies who use different tactics.

She also notes poor communication in organizers leading this event when there's a change in time and venue. "Protests sort of escalate, when there isn't a leader. There isn't an organized point-person to go to," she says.

The full report can be found on HPCAC's website.

The day after the report was released, the City of Madison released this letter addressed to the law firm who produced the HPCAC report.

IN OTHER NEWS: Protest in Huntsville held in response to killing of George Floyd