12 Huntsville police officers have been killed in the line of duty since 1883. 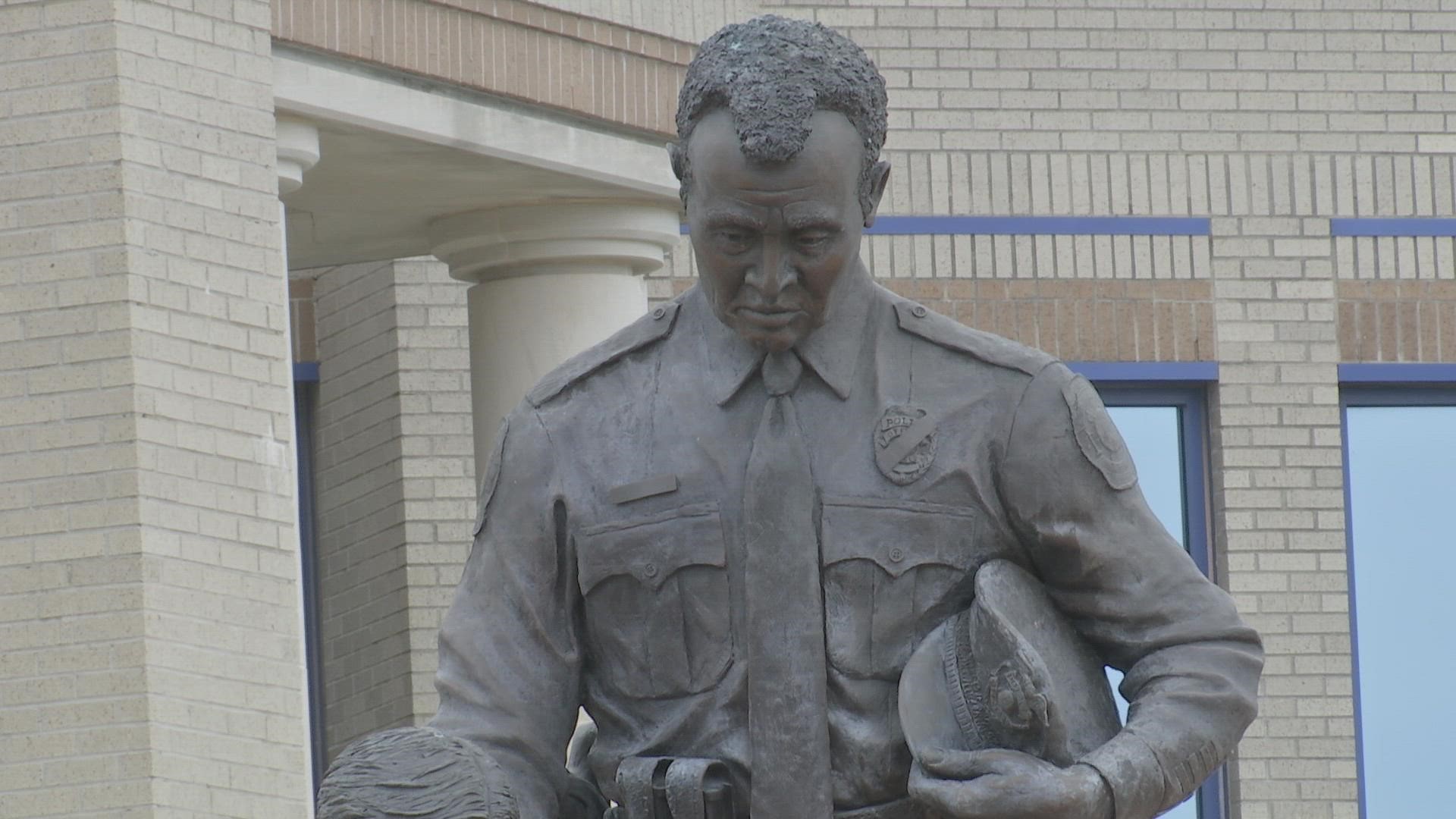 HUNTSVILLE, Ala. — The Huntsville Police Department recognized its 12 fallen officers at a special ceremony during National Police Week

“Although no ceremony or memorial will ever ease the pain the survivors of these fallen officers feel, we hope this service fills their hearts knowing their hero will never be forgotten,” Chief McMurray said.

Leslie Freeman, wife of Fallen Officer Eric Freeman, spoke. "Your life has been turned upside down and you just feel alone, and so these memorials kind of help to embrace us and just say you know what, you're not alone. The department is a family and we're here."

Eric Freeman died in the line of duty in December 2007.

The pain of losing a fellow officer is raw. Officers said goodbye to Sheffield Police officer Sgt. Nick Risner on October 8. He died on October 2 from wounds sustained in a shootout on October 1.

Freeman's message to those grieving?

Below: The 12 HPD officers who lost their lives in the line of duty.

HPD’s Fallen Officer Memorial was built by the Huntsville Police Citizens Foundation a nonprofit funded by a diverse group of citizens and businesses in the community. The foundation provides immediate assistance to families of HPD officers during emergencies.