Officials said the shooting resulted from an ongoing dispute. 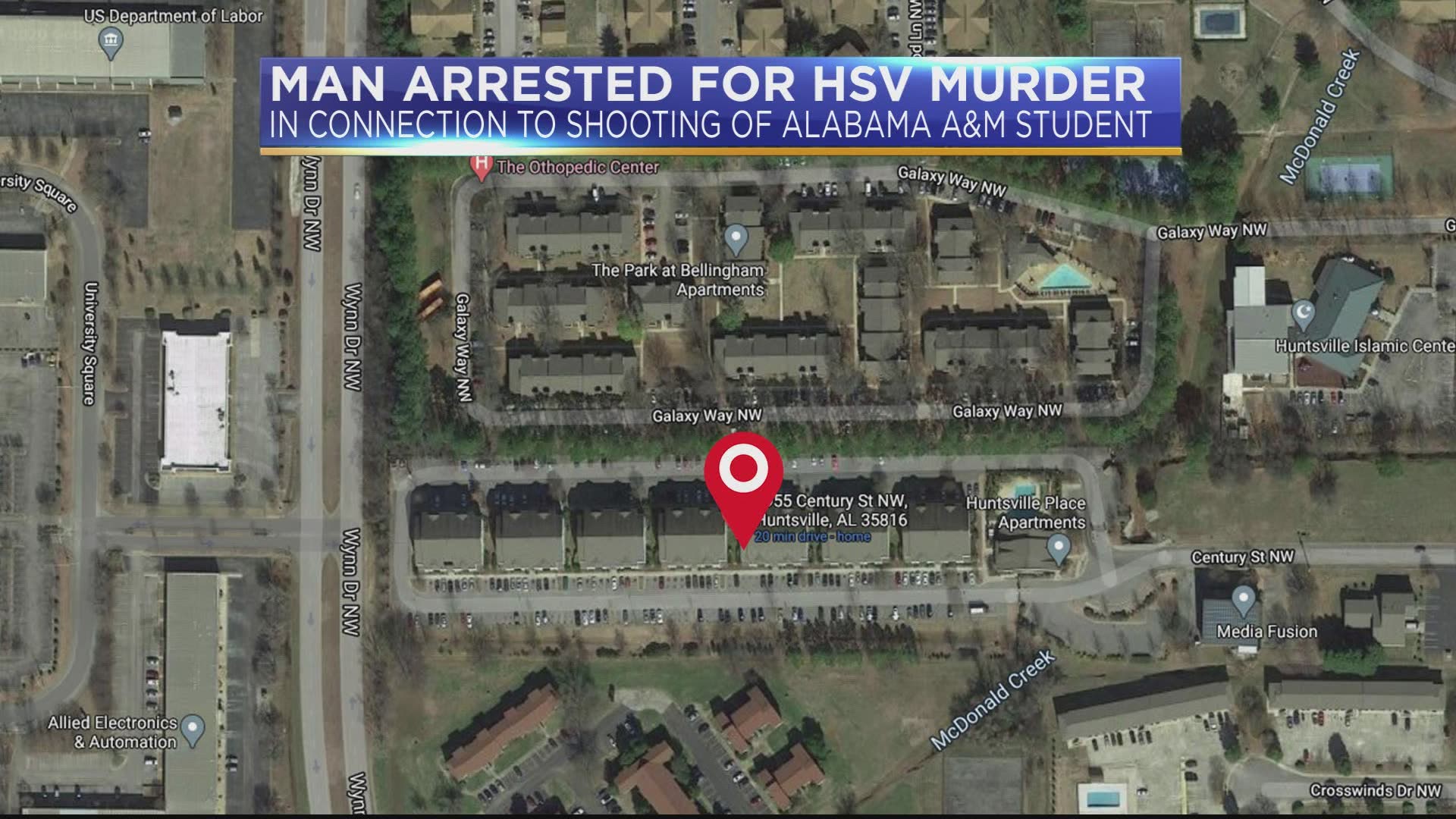 Multiple agencies arrested a man on Wednesday in the shooting of an Alabama A&M student at the Huntsville Place Apartments.

Burns has been charged with capital murder in relation to the shooting of an Alabama A&M student on January 18, police said.

Police said they located Wolfe upon arriving to a shooting call. HEMSI then advised that Wolfe was dead.

Burns is being held at the Madison County Jail. Officials said the shooting resulted from an ongoing dispute.

This is a developing story and will be updated as information becomes available.