Charles Winters says, “We’ve all had a big pivot in our lives, the attractions are no different. So, they’re ramping back up, getting more people on their staff..." 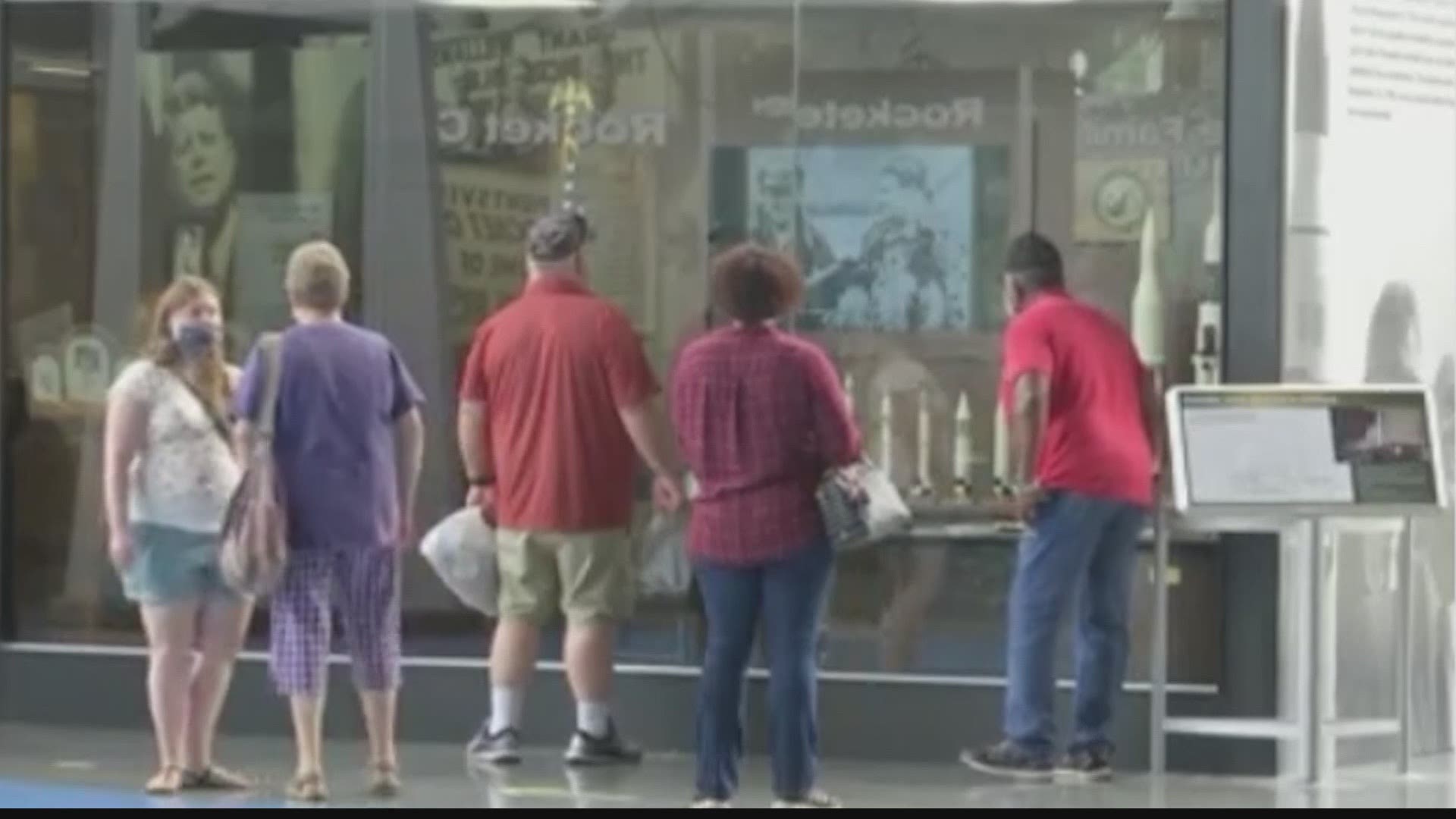 HUNTSVILLE, Ala. — When you live in an area, sometimes you can overlook all the great things there are to do there.

There are some pretty notable attractions in Madison County.

Though the pandemic impacted all industries, the tourism numbers are back on the rise. Our Sydney Stallworth tells us a little bit more about what’s drawing people in.

Things are finally starting to pick up after the pandemic brought the travel and tourism industries to a screeching halt. Now that the weather is warming up, you might be thinking, ‘I need to find something fun to do!’

You don’t have to hop on a plane to find a few great things to do this summer! We stopped by the Huntsville Madison County Visitor Center to hear what they’re seeing and if they expect to see some new faces in town over the next few months.

We met with Charles Winters, the Executive Vice President of the Huntsville Madison County Convention & Visitors Bureau. He says, “We’ve all had a big pivot in our lives, the attractions are no different. So, they’re ramping back up, getting more people on their staff and looking forward to getting more people this year than last.”

Back in 2019, Madison County saw a record number of visitors. Then the pandemic hit. Winters says, “Restaurants, hotels, attractions… we experienced a 20 percent decrease. But, that was from record numbers in 2019.”

The visitor center says some of our local ‘big name’ attractions consistently draw even bigger crowds. Winters explains, “The US Space and Rocket Center is perennially the most visited and has been some of the most visited tourist attraction in the entire state. Right next to it, the Huntsville Botanical Garden-- they’ve really increased visitation.

More tourism is good for you too! Take the Space and Rocket Center for example. Charles Winters tells our reporter, “Those 2.8 million people who visited last year, spent about 1.2 billion dollars. So, what that meant to every household in Madison County was about 700 dollars in tax savings.”

Big Spring Park is one stop on most people’s lists when they come to Huntsville to visit. We dropped by to ask people what they like to do when the weather warms up!

One man walking with his great-grandson says, “We love being outside. Asks great grandson: ‘You want to feed the fish?’-- Yeah!”

One woman out with her loved ones says, “When it gets a little warmer we’ll have a little picnic in the park”

RELATED: Life is starting to get back to normal for many in the valley