H2L Solutions offered their computers and space so Huntsville High School cyber teams could compete in an international cyber competition. 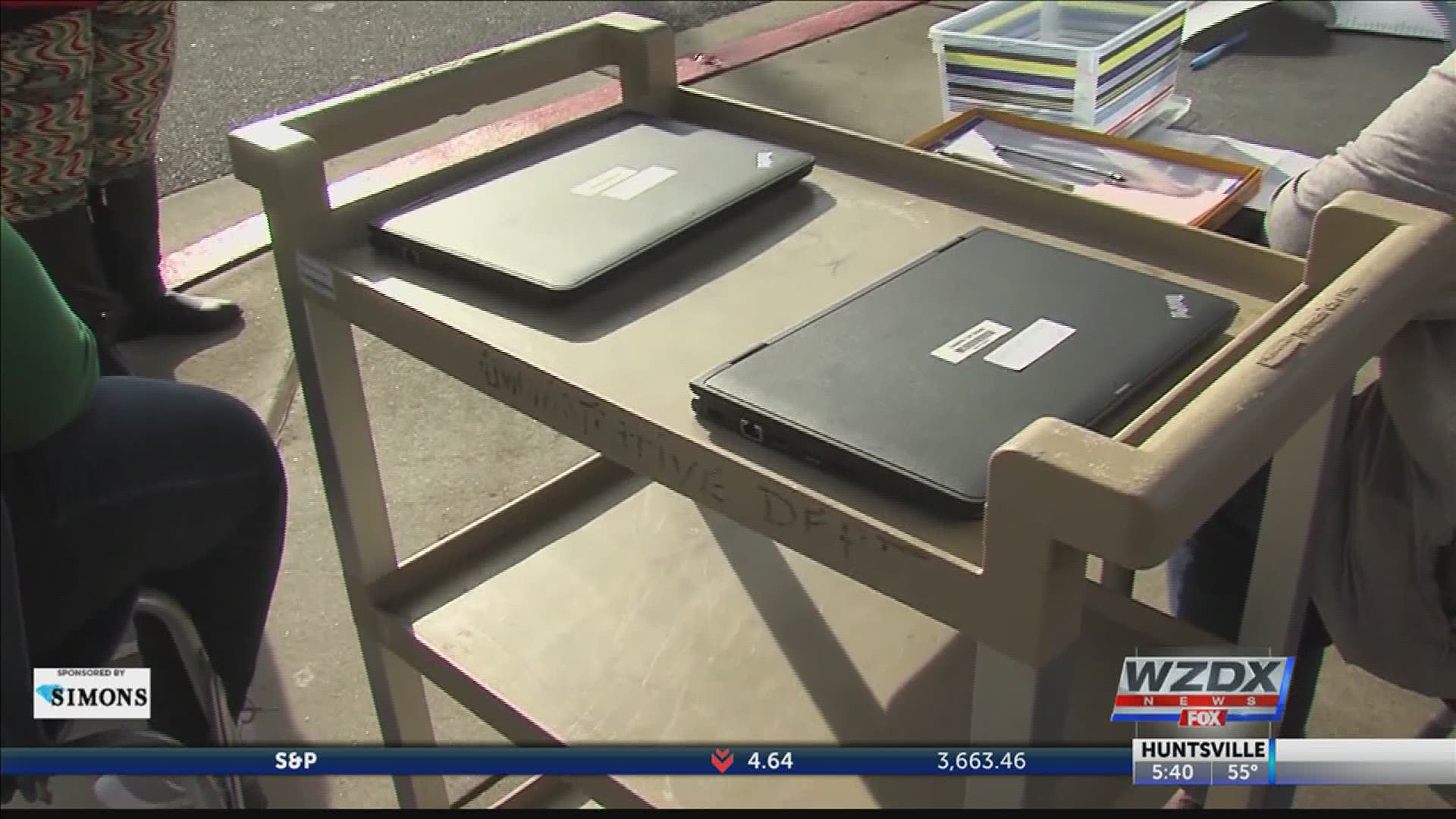 HUNTSVILLE, Alabama — Despite an ongoing cyber threat at Huntsville City Schools, the cyber teams at Huntsville High School found a way to take part in an international cyber competition.

Due to the ransomware attack, students are learning completely tech free right now. This means high school students do not have access to school system's lap tops and network.

This created a problem for the cyber teams set to compete in the second round of the CyberPatriot competition. Fortunately, Huntsville cyber security company, H2L Solutions, offered their space so the Huntsville High School teams could still compete.

Huntsville High School Cyber Security Instructor, Jim Morse, said, "Huntsville City Schools in general has won the state championship in all three of the divisions of CyberPatriot since they started handing those out in 2010."

This competition is very important to the teams, and having access to computers and a secure place to compete is absolutely necessary. If the teams didn't compete in the second round, they would have no chance to qualify for the state competition.

RELATED: Be proactive to protect against ransomware

While cyber experts are trying to resolve the ransomware attack on the school system, these students are competing to do a similar task.

"What I'm doing is networking, which is where you are configuring the network. It's virtual so it's not an exact network, but you are configuring it," said Huntsville High School Senior, Ariel Jones. "Everyone else is doing images where they are simulating real computers and they are troubleshooting them and fixing them to make them more secure."

During a press conference on Friday, Huntsville City Schools Chief Communications Officer, Craig Williams, said their students can now access online tools and platforms like Schoology, SchoolsPLP, and Clever, but they cannot be used on the HCS network.

Huntsville City students in K through 8th grades can start using their Chromebooks again. They say there is no evidence any Chromebook devices were impacted.

The school system did have to take back high school students lap tops this week.

"All high school students and all teachers need to stay off of those Windows devices, and they will need to do so until those devices are either for the case of our teachers, replaced, and for our students, reissued," said Williams.

High school students will likely be reissued lap tops in January after the holiday break.

The cyber threat is still under investigation. School officials cannot say when it will be resolved.