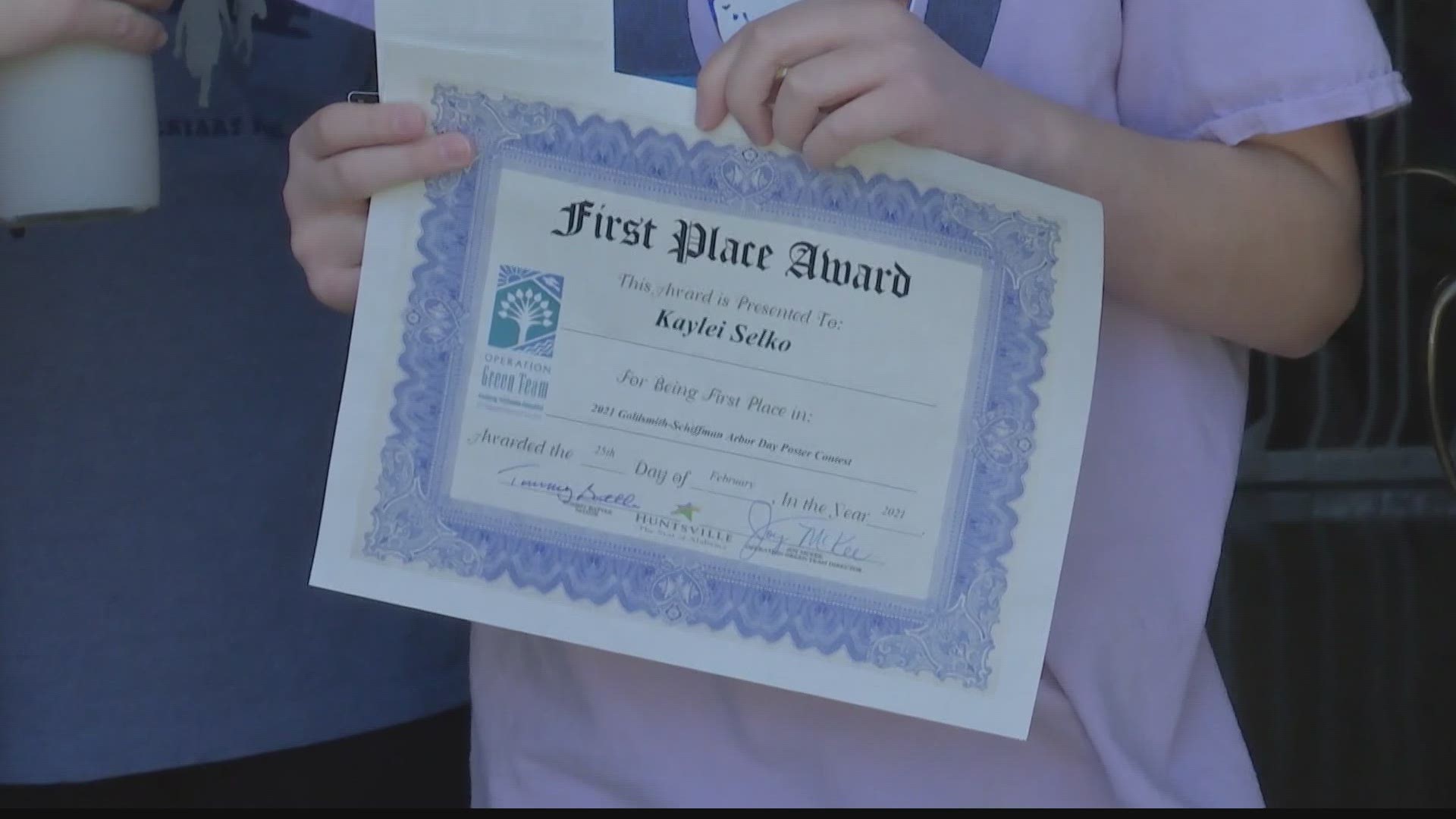 Kaylei says she loves to draw and was excited to enter in the contest but didn't expect to win.

She says her artwork was inspired by different cities. Of course, the Saturn V rocket that sits at the Space & Rocket Center made it into her piece.

"I was just trying to come up with ideas, so I started looking at pictures of different types of cities," said Kaylei. "I thought what could I put together that would look really good."

She says she believes it's important to plant more trees.

"We always need more trees," said Kaylei. "We need more oxygen because all the forest fires are making our oxygen bad, so we need better air to breathe."

Kaylei and her family will travel to the state capitol on Thursday where she will plant a tree with Governor Kay Ivey, and because she placed first, Operation Green Team will throw a pizza party for Kaylei's class.

Operation Green Team has been celebrating Arbor Day Poster Contest winners for years. This year marks 21 years that a student from Huntsville has placed at least first, second, or third in the contest.