Tear gas, protests, Confederate monument relocation: Activist reflects on 2020, looks to work to be done in 2021

We're taking a look back at 2020 in Huntsville from the perspective of a local activist. We asked about the events that moved the city forward and work to come. 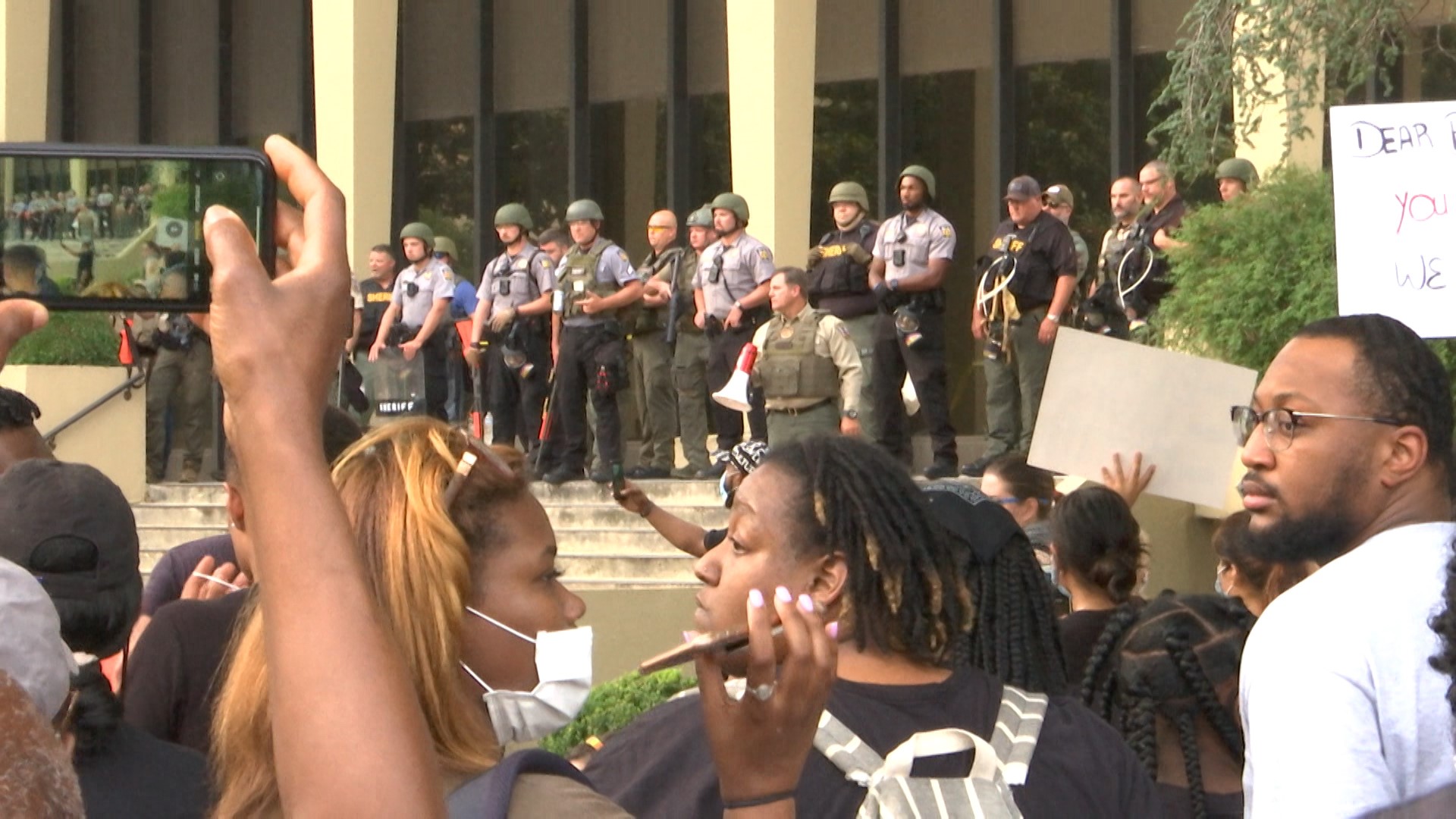 HUNTSVILLE, Ala — We're taking a look back at 2020 in Huntsville from the perspective of a local activist. We asked about the achievements that moved the city forward and the work that still needs to be done in 2021.

Angela Curry is the Executive Director of United Women of Color and a leader in the Citizen’s Coalition for Justice Reform.

Curry is talking about the response depicted in the on-air story.

The video was taken during a June protest in Downtown Huntsville and shares with us by a viewer. Huntsville Police used teargas and fired rubber/ beanbag rounds at crowd members following demonstrations on June 1st and 3rd. After citizens and local activism groups demanded answers, HPD presented an ‘after action’ report to explain ‘why’. Many citizens are still unsatisfied with HPD’s explanation.

Curry says, “As it relates to the June 1st and 3rd protests-- their reaction to that and the reason behind the need for the protests-- was disappointing at best. I feel like true leadership takes responsibility for good things as well as not so good things that need improvement.”

In October 2020, after years of calls to action by local groups, months of back and forth between Huntsville City Council and Madison County Commission, and 115 years of standing in front of the Madison County Courthouse; the Confederate monument was relocated to Maple Hill Cemetery.

Curry says, “I was inspired by the move. It was about time. It was long overdue. I’m just grateful that it was moved to a place where it can be even more appreciated in my opinion.”

Curry says there's still a lot of work to be done in 2021. She adds, “We are looking to do some city-wide studies and do some reporting city-wide as it relates to law enforcement and the correlation between law enforcement and mental health needs. There’s also a component of homelessness that has been brought into this and how all these things intersect.” She adds, “I’m just happy to be able to provide some input and I look forward to what 2021 will bring.”

RELATED: Protesters say they were "ambushed" after arrests in Downtown Huntsville