This decision contradicts Gov. Kay Ivey, who earlier this month called for students to return to classrooms without mask mandates. 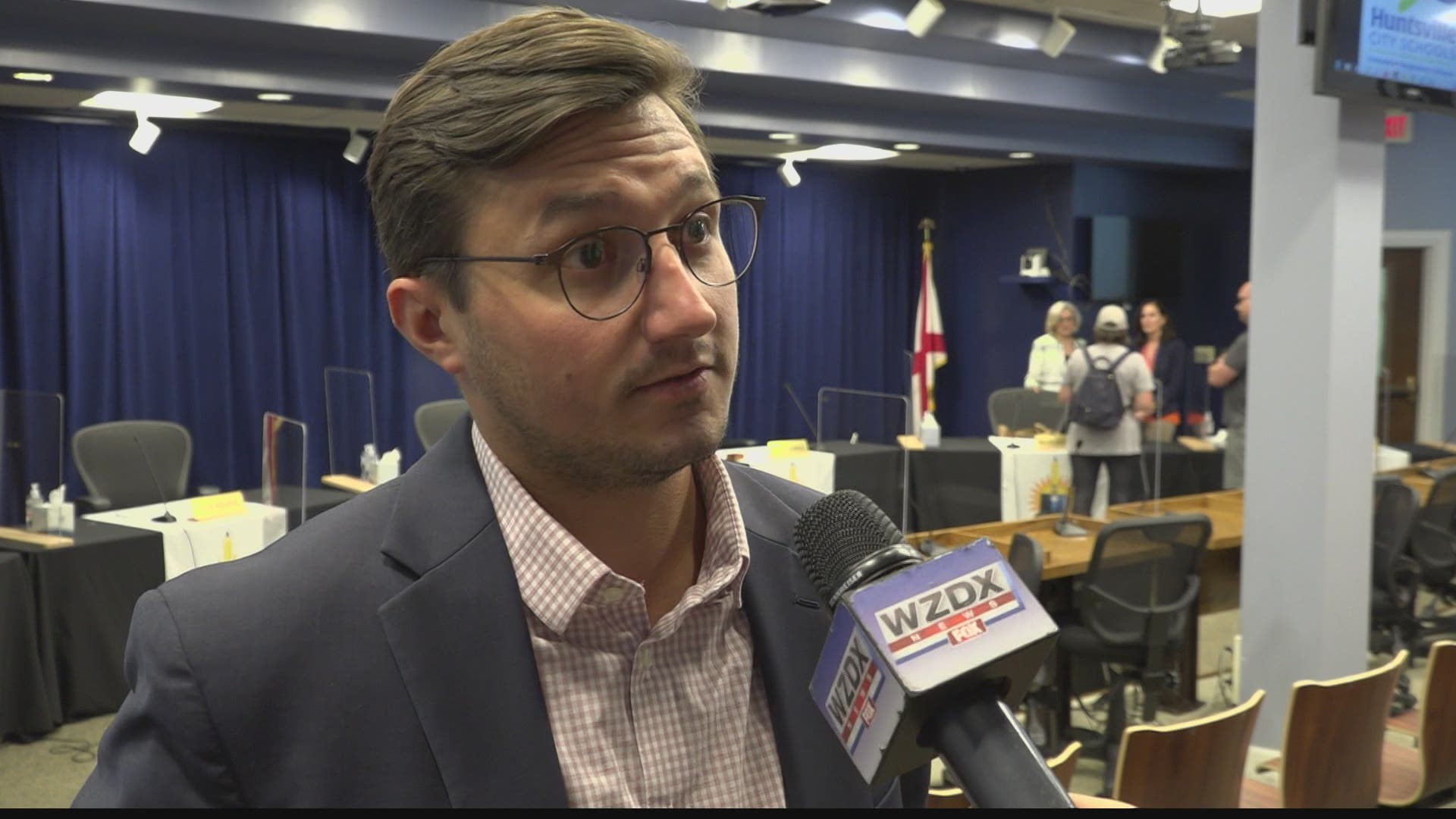 HUNTSVILLE, Alabama — The Huntsville City Schools Board of Education at an emergency board meeting on Monday announced that people over the age of two will be required to wear a mask while at school.

Earlier in July, Alabama Gov. Kay Ivey said children should return to schools in person without mask mandates in place. On July 19, the American Academy of Pediatrics released guidance recommending anyone over the age of two to wear, including those who are fully vaccinated, wear masks when returning to school.

Renaud went on to say that the situation is not static and can be reviewed at any point as the COVID-19 situation changes.

Board Member Elisa Ferrell said events will not be halted in any way by this decision.

This is a developing story that the WZDX News team is following.

RELATED: Vaccine inequity: Inside the cutthroat race to secure doses

RELATED: We could see COVID-19 strains get stronger if people don't vaccinate.