Councilman Bill Kling (Dist. 4) to propose about a $20 million proposal to resurface our roadways ahead of the new fiscal year. 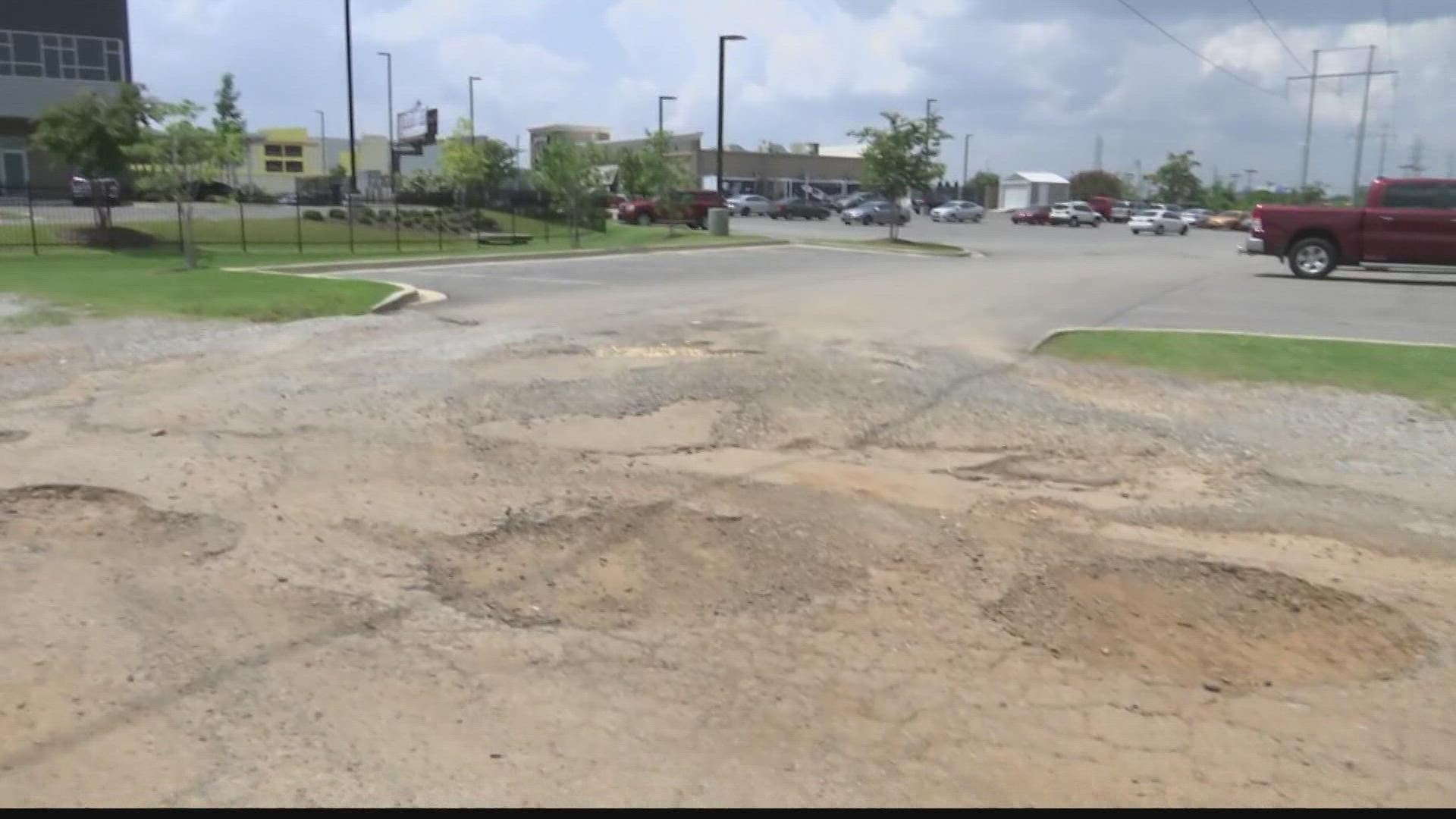 HUNTSVILLE, Ala. — Potholes and poor roads, we've seen them all. However, one Huntsville City Council member wants to see them gone.

"We've been growing outward but we still need to take care of what we have inward, and I think that would be a need that we do have in the community," said Kling.

Kling is proposing $20 million of road resurfacing be included in the city's budget ahead of the new fiscal year.

"We're a big city," said Kling. "I think we're about the top thirty cities in the country in terms of land area. That's a lot of area that we have to cover and a lot of roads we'll have to benefit from."

I spoke to one older resident who says he's lived here all his life, and so has a dip in the road. He said you can find car parts like this bolt broken off because of the dip.

"I can think of numerous streets in the Mayfair neighborhoods as well as Lowe Mill, Triana Village, Holiday Homes, and you know other areas in the city that need it," said Kling.

Kling said public works would determine the areas, that need the most work. "I'm all for letting the public works department do their scientific objectives survey that they do to rate the streets."

"I think this is a citywide need. It would certainly benefit the district I represent. But I think it would benefit the other four districts," added Kling.

Councilman Kling says tonight is just a proposal. There won't make a formal vote. However, they're hoping to make that vote happen, by October 1st.