For the past two months, many people in Huntsville have been asking for the statue to be moved. 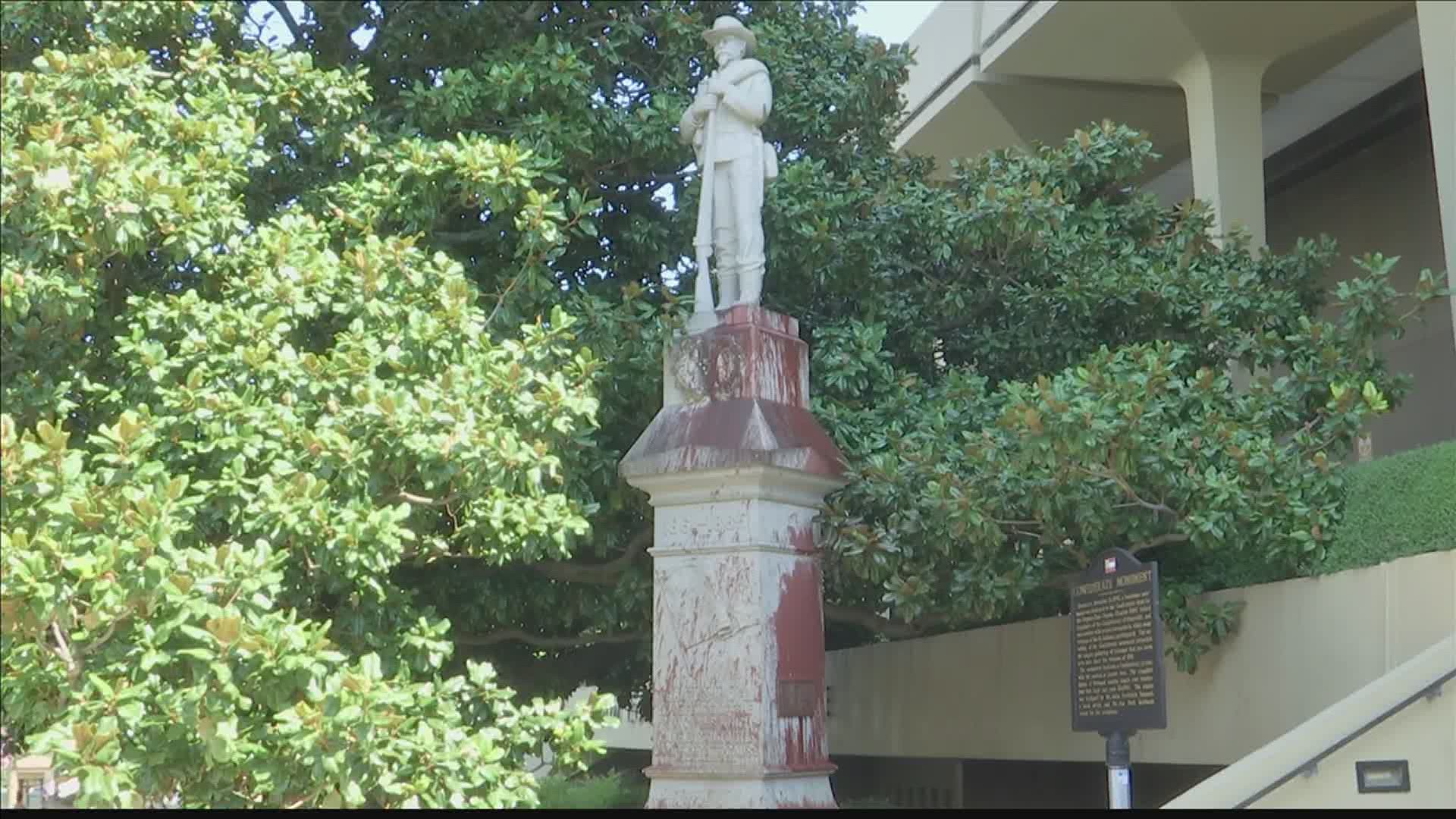 HUNTSVILLE, Ala. — The Confederate monument that stands outside of the Madison County Courthouse was vandalized overnight Wednesday.

What appears to be red paint was splattered all over the monument.

For the past two months, many people have been asking for the statue to be moved.

Many people in Huntsville told WZDX News they are happy to see the vandalism. Others don't think it is warranted.

Huntsville resident, Wanda Gail Campbell said, "I don't believe we should be doing violent acts even to a statue, but I do understand that people get frustrated and angry after not being heard for years."

Some people are upset it was vandalized and believe its history should be remembered. Others say the monument has no place outside the courthouse.

In June, the Madison County Commission voted for the state's permission to remove the monument.

Protesters were back on Wednesday at a regularly scheduled commission meeting pushing for leaders to take action now.

Huntsville resident Remus Bowden said, "I think unfortunately our leadership is morally bankrupt, so they really don't see an issue with the statue, and it's even more so clear now as we continue this game of them saying that they're going to remove it and it getting rejected and they're acting as if their hands are tied and they're not able to remove the statue."

The Tennessee Valley Progressive Alliance raised $25,000 to move the statue.

This is because in Mobile, the city had to pay the state a $25,000 fine to move their confederate statue, and people in Huntsville don't want that cost to be a reason the statue is not removed. 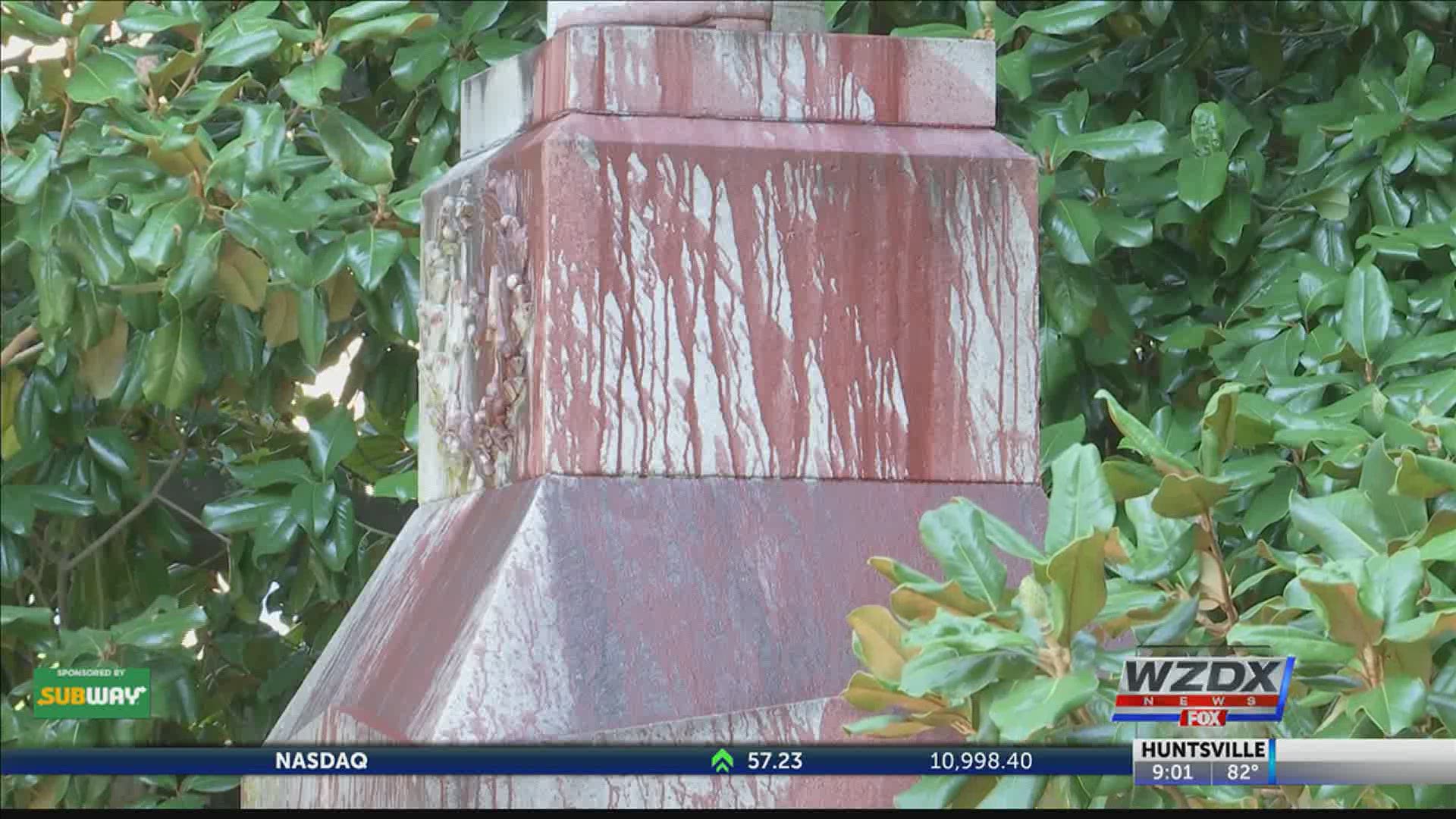 "Mostly, it was just small people just putting out small amounts of money. Especially in this time of COVID that there were enough people who wanted to raise that level of money to do this speaks volumes," said Huntsville resident, Russell Stanners.

The Madison County Sheriff's office says investigators are looking for the person or people who vandalized the monument. 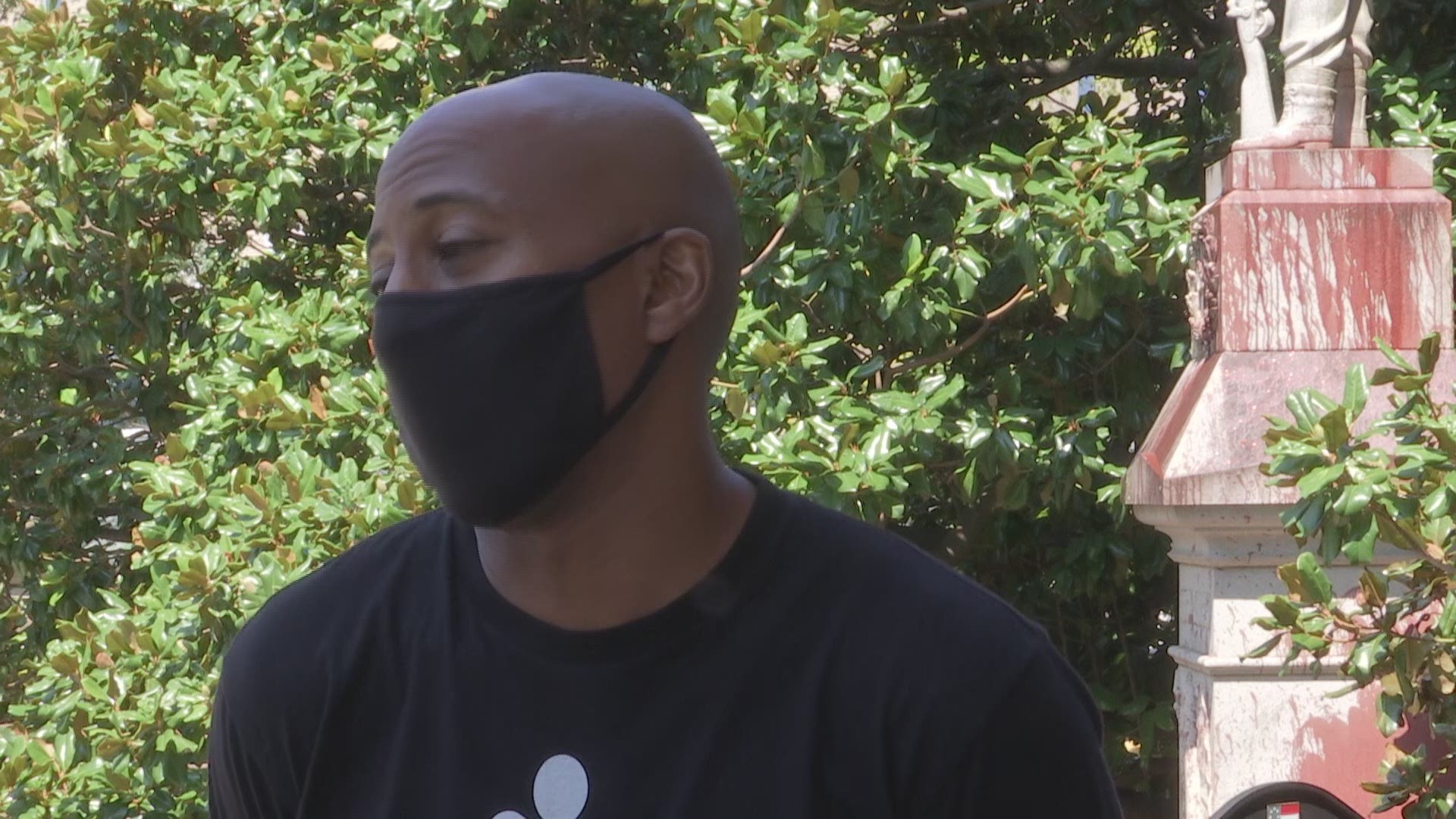