Mike Fowler tells us unemployment rates are improving in Madison County. But, they’re seeing ‘a lot’ of people who need help finding a job for the first time. 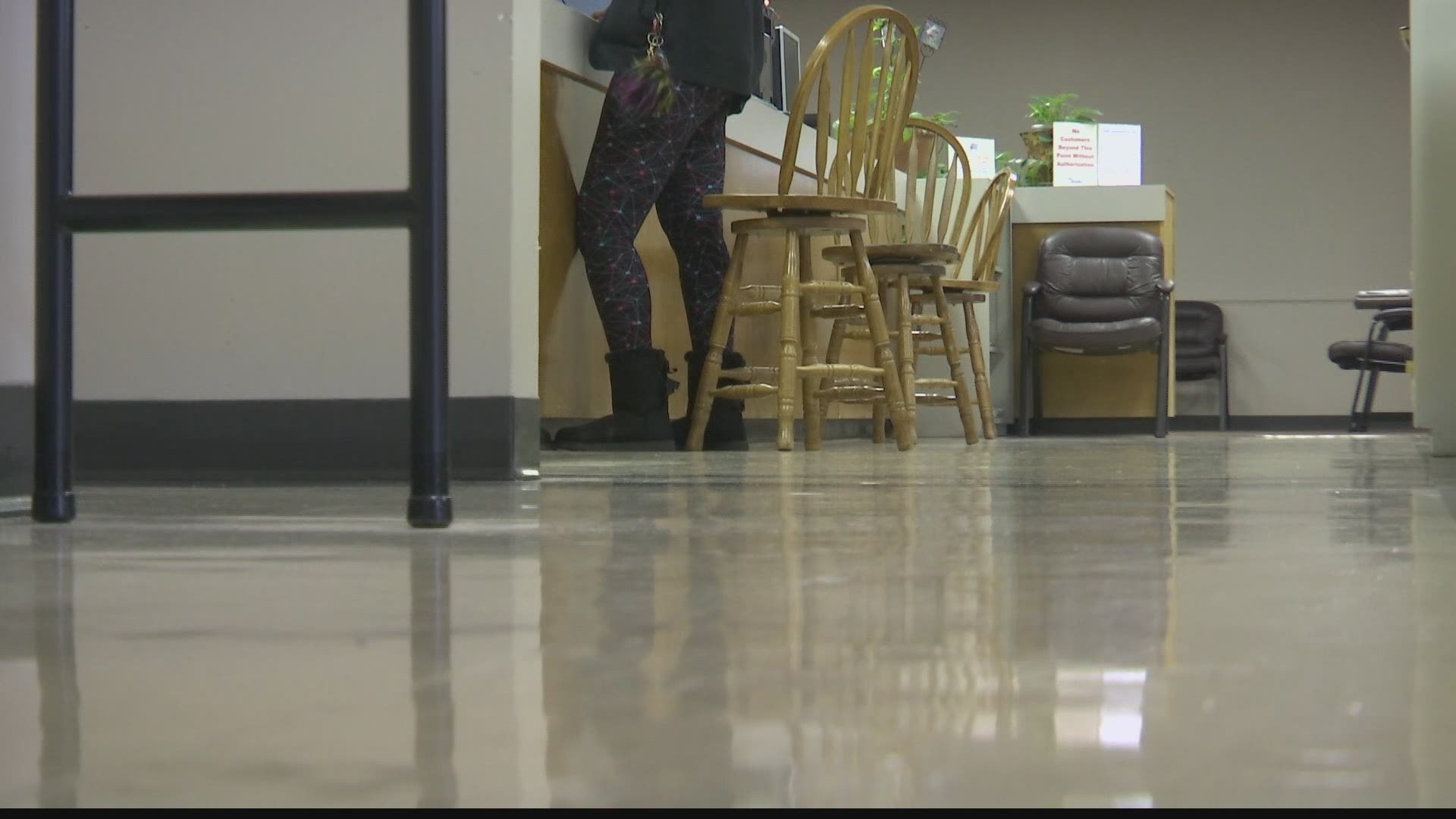 HUNTSVILLE, Ala — In April 2020, at the height of mandated shutdowns due to the pandemic, the U.S. unemployment was 14.7 percent. By December, that number was down to 6.7 percent.

The country's economy is slowly picking back up and we could be seeing that same trend in Alabama. But, a lot of people still need work.

According to Google Analytics, “Alabama unemployment” is one of the most popular phrases searched online in our area. We checked in with Huntsville Career Center, to see what changes they’ve noticed as they help people find work, many for the first time, during the pandemic.

Mike Fowler tells our reporter, “The unemployment rate for Madison County has gradually come down.”

We met with Mike Fowler, manager of the Huntsville Career Center with the Alabama Department of Labor. He tells us unemployment rates are improving in Madison County. But, they’re seeing ‘a lot’ of people who need help finding a job for the first time.

Mike Fowler says, “You know, there are a lot of people who have been long-term employees at places who did close down or lay off. They may not have been searching for a job for years. Then all of a sudden, the pandemic hits and they’re out of work.”

People who haven’t had to apply for a job in a long time can start to feel lost. Fowler says, “Everything is pretty much online now. Years ago, you could print out resumes and go around in person and that has totally changed.”

He says the center is actually seeing fewer people overall coming into the building for assistance than before the pandemic. Though more people are calling in and seeking online help. Fowler tells our reporter, “We got back up in May and since then, we average about 900 people coming in per month so really we’re still averaging less than half of our normal traffic.”

Fowler tells us, Madison County is fairing pretty well compared to other places. He adds, “Jobs are still there. A lot of it is because of the types of jobs we have here in this area. They’re not as susceptible to changes in the economy as some other jobs might be in other areas.”

Mike Fowler is also manager of the Athens and Scottsboro Career Centers. Unemployment is higher in those areas. But, he says, unemployment is coming down. Fowler tells our reporter, “There’s a lot of opportunities going on in Athens. That’s where the new Mazda Toyota plant is and a lot of the supplier plants are located… So, the employment outlook for Limestone County is fantastic.”

RELATED: How closing businesses and cutting expenses can affect our community