Huntsville brewery gives back to servers and bartenders 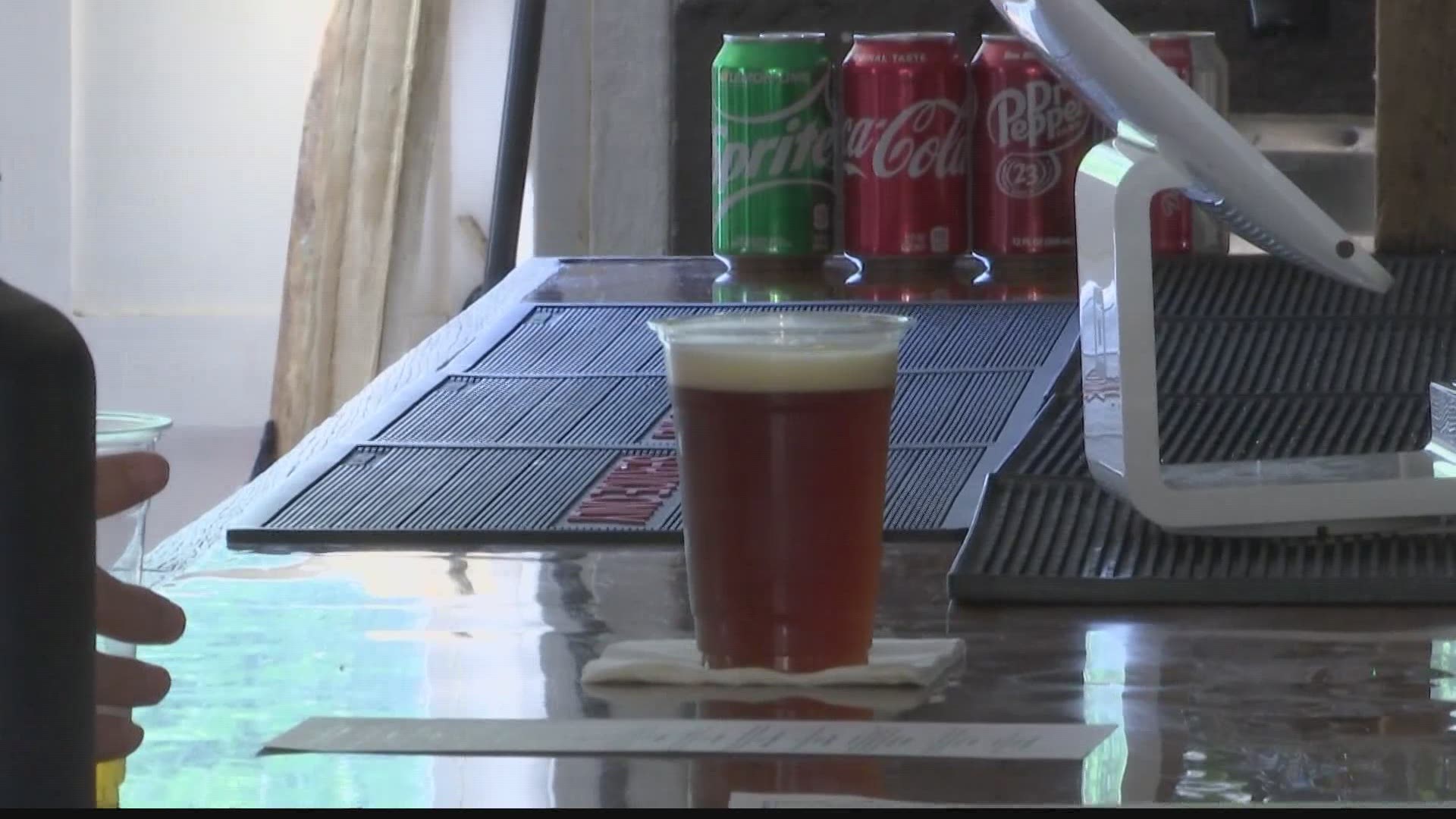 HUNTSVILLE, Ala. — The Salty Nut Brewery has been back in business for one week. It's just in time for Memorial Day weekend.

It's been a tough couple of months. Cox says he had to make a tough decision and layoff his staff like many other workers in the area.

However, the brewery teamed up with Rocket 95.1 for the 'Rocket City Relief' fundraiser. It's the name of the drink customers will have to buy to give back.

"That's actually our 'Moustache Red'. It's one of our signature beers that we've had for a very long time and we're kind of just renaming it," says Cox.

Salty Nut Brewery
Stop by today from 4-10pm to pre-game for tomorrow's , then come on back Saturday from 2-10pm for the big day! Starting Saturday and lasting for 1 month, for every pint or crowler of Moustache Red purchased, we'll be donating $1 to a relief fund for Tennessee Valley bartenders and servers with the help of Rocket City Rel...

One Huntsville native who is visiting from Birmingham, says it's his first time at the Salty Nut. He's glad to support local businesses.

"There's nothing like coming and grabbing a beer at the brewery and being able to sit in our backyard and drink it," says Mason Smith.

The fundraiser is for all local servers and bartenders in Huntsville. Michael believes in working together.

"A lot of people tend to think this industry is full of cut throat and competition, not true. All of us that own these breweries are friends," says Cox.

The fundraiser for local servers and bartenders will continue for a month.

RELATED: Staying safe in the Valley as the economy reopens

RELATED: City of Huntsville to monitor businesses as they reopen

RELATED: Alabama's newest Safer-at-Home order: What you need to know