Huntsville Amphitheater to open in Spring 2022 at MidCity District

Hunsville Venue Group says the goal is to build a statement venue that serves the community and attracts music talent to the area. 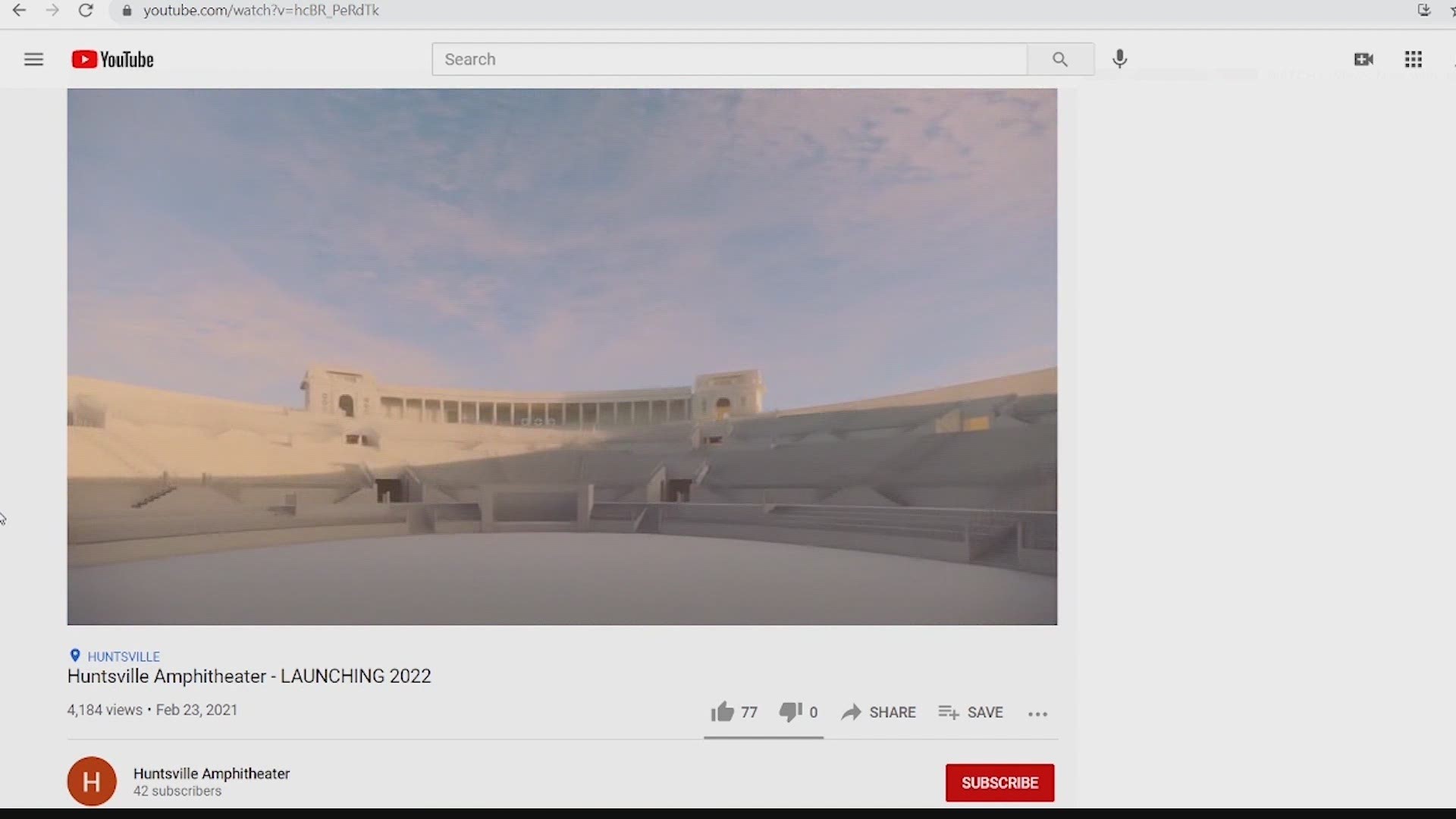 HUNTSVILLE, Ala — Despite the pandemic, restaurants and businesses keep popping up at MidCity District, and with concerts already scheduled for Huntsville's new amphitheater, construction crews are working fast.

Construction on the new amphitheater started in January. Huntsville Venue Group President Ryan Murphy says they will go vertical in March and plan to open in the spring of 2022.

"It aspires to be a venue that is looked at like Red Rocks, like people would travel, they'd pilgrimage to go see not only their favorite band but any band that is playing at a spot like this. You just got to see it," said Murphy.

The City of Huntsville and Venue Group has been working on the amphitheater development for the past several years. Venue Group says they have a goal to build a statement venue that serves the community and brings in music talent.

The amphitheater will be able to hold over 8,000 people. Because concerts are already planned for next summer, crews are working hard to finish the ramp connecting Research Park Boulevard and MidCity District.

Nadia Niakossary with RCP Companies said, "This will pull traffic from Research Park Boulevard, and it's actually going to enter the development on the south side right by the amphitheater, so it will help with traffic mitigation during shows."

Murphy says Venue Group has thought a lot about parking and traffic for the amphitheater. He says their goal is to make the entire experience easy and fun.

"I would love for them to stick around so that they don't feel like they have to rush to their car and they miss the whole end of a concert because they are afraid it's going to take them an hour and a half to get home," said Murphy.

Although the amphitheater is on track to open in April 2022, the pandemic has set many projects at the MidCity development back.

Niakossary says as RCP Companies started to recruit some larger retailers early in 2020, a lot of them put everything on pause due to COVID-19.

"A lot of stuff like retail and hospitality and hotels especially have been delayed indefinitely," said Niakossary.

Developers aren't letting the pandemic slow them down too much. Wahlburgers, Kamado Ramen, and Kung Fu Tea have all recently opened in MidCity, and construction to Trader Joe's is already coming along.

RCP Companies says their focus now is on putting up more hotels, retail, and office space in the middle of MidCity District.

"Right now you see the front of MidCity are those large retailers like REI, Dave & Busters, High Point, and Trader Joe's sitting at the front, and then once you go into the center of the district, things start getting more vertical with five and six story buildings," said Niakossary.