A push for early voting and in-mail ballots has led to higher voter turnout — making it a crucial element in this year's election. Let's connect the dots! 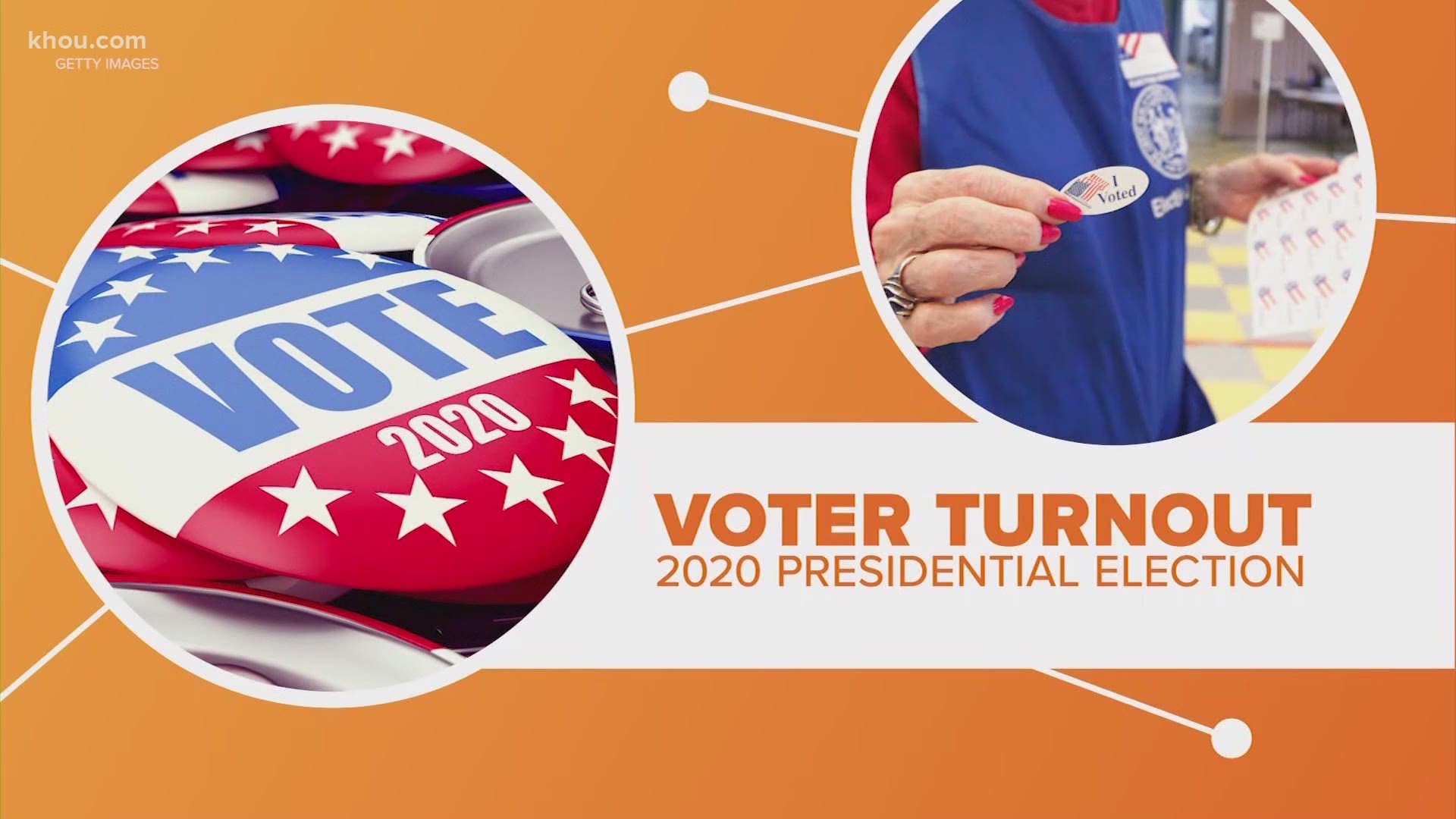 Voter turnout could be a key factor in this year's presidential race, and we are already seeing signs of where it is heading in this election.

According to data from the United States Election project, over a million people have already voted in the 2020 presidential election.

That number is unprecedented.

At this same point in 2016, just over 9,000 people had voted. And according to the political science professor running the project, this year's number is probably higher. That's because complete numbers are not available from every state that has already started early voting.

RELATED: 2020 Texas voter guide: Make sure your voice is heard!

So who benefits from all these votes? The traditional thinking is Democrats win when more people vote. But according to election experts, this year that may not be the case. This year they say people are heading to the polls at the first opportunity because of Donald Trump -- not just people opposed to the president -- but also his most ardent supporters.

But it might not just be presidential passions driving turnout. Thanks to the pandemic many states have expanded early voting and made it easier to vote by mail. This new access and concerns about coronavirus and long lines on Election Day may also be a motivating factor.

RELATED: Why the presidential election could take a month or more to decide