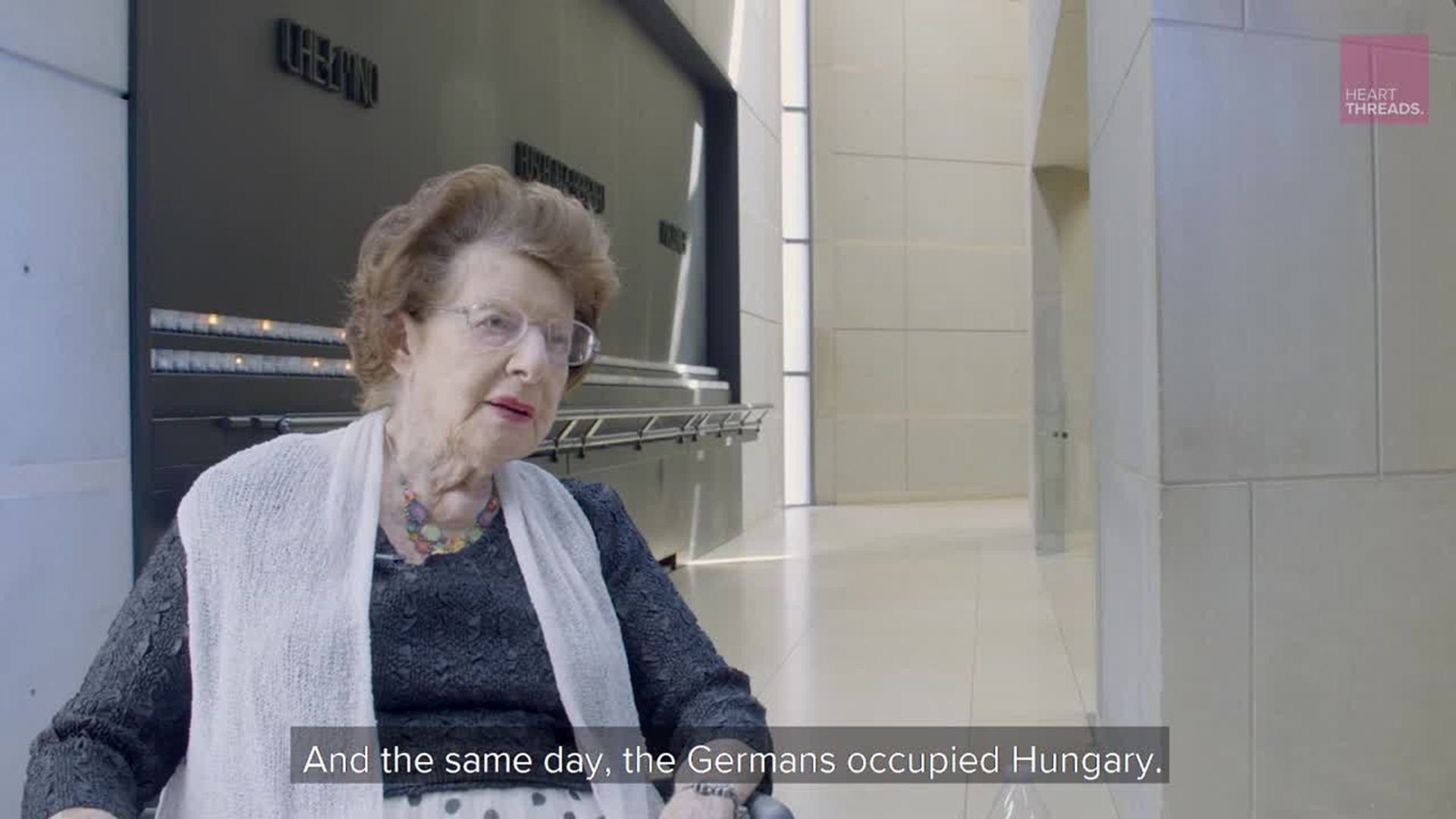 CLEVELAND — Growing up in Hungary as a storekeeper’s daughter, Erika Gold says she started to see signs of intensifying anti-Semitic persecution. First, Jews were told to wear a yellow star. Then, they weren't allowed to work or go to school.

She was just 12 years old when she and her mother were taken by Nazis.

"There were 300 women and children in this group," Gold recalled. "Some were on trucks, some working around, we had no idea where we were going to end up."

The truck they were on had stopped briefly when Erika watched her mother jump off.

"She winked at me. I jumped after her, and we walked away."

Gold and her mother ultimately survived thanks to the brave actions of a former housekeeper who hid them in her home.

"We knew where our ex-housekeeper lived," Gold said. "We had a good relationship, she actually brought me up....so we went there and asked if we could stay a couple of days...if anybody would've found out that we are there, we all would have been shot."

Gold saw firsthand that many people would not have taken that same risk. In fact, most people were silent bystanders.

"So she was a real hero and there were very few people who took that responsibility."

Since escaping the Holocaust, Gold has spent years telling her story…doing her part to make sure the generations behind hers, "never forget."

Credit: Erika Gold
Erika Gold is pictured in 2015, after being honored as a "Difference Maker" by the Cleveland Jewish News.

And a recent study underscores her mission, revealing a lack of Holocaust awareness among our young people. 63 percent of those surveyed did *not* know that 6 million Jews were killed during the Holocaust. 48 percent could not name a single concentration camp.

That’s why programs like Northeast Ohio’s Face to Face were created, where students from public, private and parochial schools – hear first-hand survivor accounts from the Holocaust.

"These [firsthand accounts from survivors] are not going to be around forever," said Rabbi Scott Roland of Congregation Shaarey Tikvah in Beachwood. "And so it's important that we continue to tell them, that they not be forgotten, that we remember that unchecked power and greed and hatred...can do serious damage."

RELATED: Exhibit based off best-selling book about Justice Ruth Bader Ginsburg on display at Maltz Museum

As 3News Investigates has reported, anti-Semitic incidents in Northeast Ohio are on the rise, as our region’s Anti-Defamation League has recorded a steady increase… from 18 incidents in 2016, to 39 in 2017, to 44 in 2018.

Now 88 years old, Gold says she's not surprised by the statistics, especially in light of the recent attacks on our Asian community.

"We've always had hate groups but it's got bigger and more. Some of them hate different groups but the only thing that keeps them together is that they hate... and I don't understand that."

Rabbi Roland says the phrase “never forget” means taking a stand against all forms of hate.

"That's why it's even more important that we gather together and we remember what happens if we if we continue to leave this kind of hatred unchecked."

From 7-8pm tonight, April 7th, The Jewish Federation of Cleveland is hosting a free, online event for Yom HaShoah. This year’s theme is “rescuers,” recognizing the brave people who rescued Jews during the holocaust, like the housekeeper Gold credits with saving her life.

You can register for the event and learn more here.

RELATED: Lola's Legacy: How one act of kindness created a lasting bond between two families