Shoot for the stars; it’s an expression many of us have likely heard before. One New Mexico man took the words of encouragement to heart. 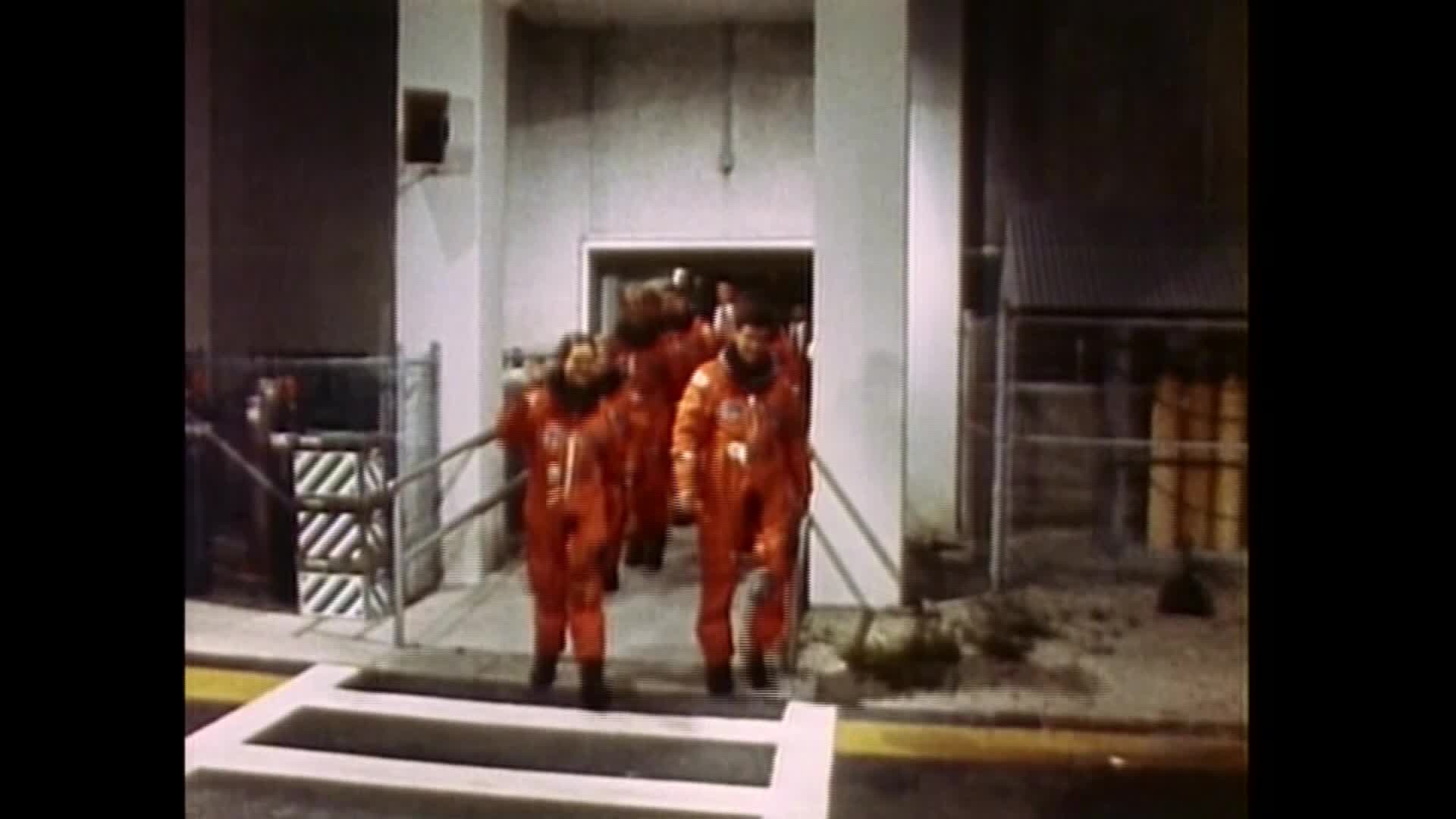 Shoot for the stars; it’s an expression many of us have likely heard before. One New Mexico man took the words of encouragement to heart.

Gutierrez is a husband, father of five and retired United States Air Force colonel at home. However, to the world, Gutierrez was an astronaut who made history twice.

“I am the first U.S born Hispanic astronaut,” Gutierrez said. “I always wanted to be an astronaut.”

It’s a title that Gutierrez said he never thought about on his long journey to the stars, a journey that started when he was around 10-years-old.

“In 5th grade, I decided I wanted to be an astronaut,” Gutierrez said.

It was the early 1960’s when the Apollo program was taking off, the space race was on and a young boy from New Mexico was watching.

“The early astronauts were starting to fly,” Gutierrez said. “We were seeing them.”

It wasn’t long after the first launch into space that Gutierrez had his sights on the sky and his mind made up. His mission in life would be getting into space.

“So I laid out a path doing that,” Gutierrez said.

That path would be filled with twists and turns but driven by persistence. Gutierrez came from humble beginnings.

His father had first worked with the forestry division, but then turned to real estate after having children. Gutierrez’ mom was a homemaker. You could say Gutierrez was just the boy next door.

“Went to school at Los Ranchos Elementary where my dad went to school,” Gutierrez said. “I went to Taft Junior High School and then Valley High School.”

While, most kids were longing for summer break. Gutierrez was mapping out his journey to space.

For many, that would be one lofty goal. But, it wasn’t for Gutierrez. He remembers his first stop was an air show at Kirtland Air Force Base.

“There was a representative from the air force who had catalogs for the air force academy,” Gutierrez said.  “So I went home and read it, front and back and figured out what all the requirements were.”

What he did learn was that pilots needed brains and brawn.

“I initially didn’t weigh enough. I had to get up 115 pounds to get into the Airforce Academy,” Gutierrez said. “We had a long driveway and I would go round, and round and round. I got a set of weights too.

Gutierrez accomplished his first goal and made it into the Air Force Academy. He would then soar through this second goal by becoming a pilot.

Gutierrez first flew the F15 and then became a pilot instructor. He also would become a test pilot for an F16. But the New Mexico native wasn’t done yet.

Gutierrez would then apply with NASA and got a call.

Gutierrez’s wife Marianne would be the first person he would call to share the news.

“I thought if anybody could, he could, he’s a real motivated person,” Marianne said.

She would be the one to keep New Mexico’s astronaut grounded.

“We went to bed and I told her how does it feel sleeping with an astronaut? She said, don’t let it go to your head,” Gutierrez said.

Gutierrez never did for two reasons; he was always too humble and the job didn’t allow it.

January 1986: About a year and a half after Gutierrez put on the NASA uniform tragedy struck the space program. The Space Shuttle Challenger exploded on liftoff. The world was left in shock and the NASA family was left in tears.

As NASA investigated the incident and worked to fix what went wrong, Gutierrez was sent to Washington D.C. His new task was to answer everyone’s questions surrounding the Challenger disaster.

“President Reagan would get letters from around the country about the accident,” Gutierrez said. “I am actually the person who drafted many of those responses for him to send back.”

It was a difficult time for NASA, but still Gutierrez said it never crossed his mind to give up on his mission into space.

It wasn’t long after Gutierrez returned to Houston that his dream would become a reality.

In 1991, the first U.S. born Hispanic Astronaut would head into space aboard Shuttle Columbia. By then, Gutierrez’s family had grown to five.

With the tragedy of Space Shuttle Challenger still fresh on the minds of the world; Gutierrez and his crew suited up, boarded the shuttle and lifted off.

“You saw it going up, but feeling those shock-waves in your chest, made you realize that they’re really going into space,” Marianne said.

Marianne reflected on the day her husband landed safely back on Earth.

“There I am with our three children,” Marianne said.

“For us to be recognized and to be kept in his heart is really heartwarming,” Valley High Senior Syanna Padilla said.

Padilla wasn’t even born yet when Gutierrez would make history again.

In 1994, Gutierrez became the first Hispanic to command any space mission, including Russian missions. That means he landed the enormous Shuttle Endeavor with six lives onboard.

“The most important thing, is you only get one shot on this; with an F16 you get to hit the power and go back around,” Gutierrez said.

His landing was a success at Edwards AFB in California.

“This mission was a real team effort,” Gutierrez said in a press conference soon after the mission was complete.

A real team effort is the way Gutierrez describes his entire time with NASA. He said he never thought about the firsts he accomplished as a Hispanic.

“I never saw it as being a Hispanic astronaut,” Gutierrez said, “I always wanted to just be an American Astronaut.”

However, the world saw it a little different. Gutierrez received many accolades for his time with NASA to include a NASA Exceptional Achievement Medal.

He was also named one of the most influential Hispanics by Hispanic Business Magazine. Gutierrez was also awarded the Congressional Hispanic Caucus Award in 1990.

“That was interesting because it was awarded by a congressman,” Gutierrez said.

So, the real question is — who is Sid Gutierrez?

If you ask his wife, he’s a family man; an amazing father to three kids and a wonderful grandfather and her handyman at home.

If you ask Sid, he’s the kid from New Mexico who had a desire to explore, an explorer who described Earth as “small” from space.

He’s also a New Mexican who never forgot where he came from, a fellow Hispanic who continues to hold discussions in schools and a form of inspiration for the next generation of scientists, engineers, explorers and trailblazers.

“I tell them don’t let people limit you from doing what you want to do because you’re a boy, you’re a girl, you’re Hispanic or you’re from New Mexico; whatever it is,” Sid said.

He’s also the man who will be remembered as one of the few who made history twice.

“Its true, I guess he did make history,” Marianne said. “But, he fulfilled his dream and I guess to me that’s just as important as making history.”