Working smoke alarms could save your life. 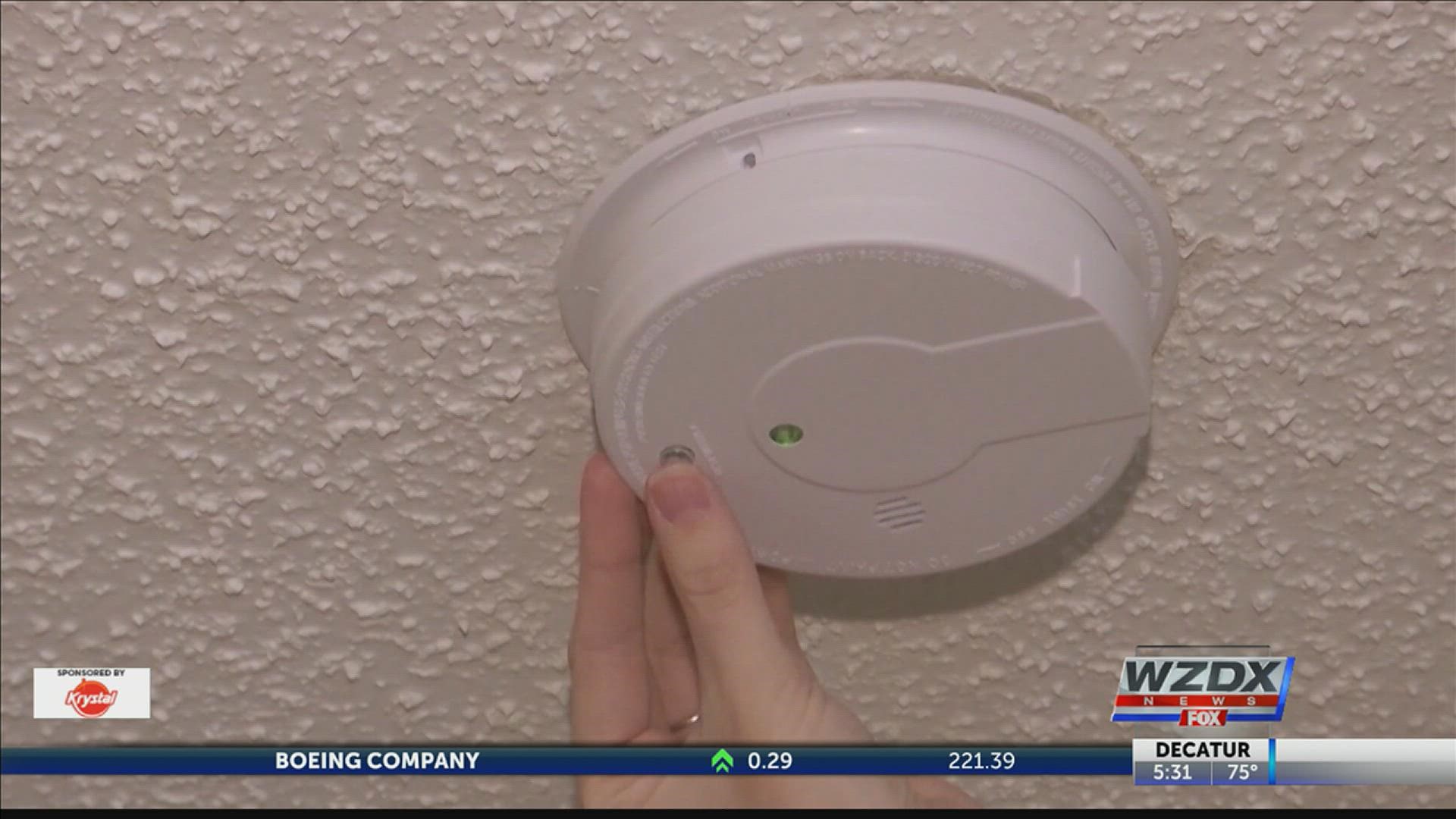 HUNTSVILLE, Ala. — Huntsville Fire and Rescue says that over the last twelve months, they've noticed an increase in calls, many of them to fires. And the leading cause of house fires in Huntsville ? Cooking fires.

In Madison County, at least six people have died from house fires and only two of them had working smoke alarms.

Fire Marshall Dan Wilkerson explains, "Your chances of surviving a fire greatly decrease if you don't have a working smoke alarm in your home."

Not every home has working smoke alarms and carbon monoxide detectors, but they need to.

"It is very important to have a smoke alarm in your home because when you're sleeping and you have a fire, that's going to be your only defense of getting out of the house safely," Wilkerson said.

Most times, victims of house fires are killed from carbon monoxide poisoning, and not the actual flames.

"So when you have a fire it produces carbon monoxide which is odorless and colorless." Wilkerson said. "So if you're sleeping, and you're breathing the carbon monoxide once your levels get to a certain point, you lose consciousness and you'll never wake up"

This year fire prevention week is from October 3 through October 9. Wilkerson says the theme is, "learn the sounds of fire safety."

Huntsville Fire and Rescue hosts lectures and informational sessions for residents to learn more about fire safety. If you're interested, call the non-emergency line of a station near you.