A Confederate statue erected over a century ago, is no longer sitting well with some locals. Groups and leaders are calling for its removal and relocation. 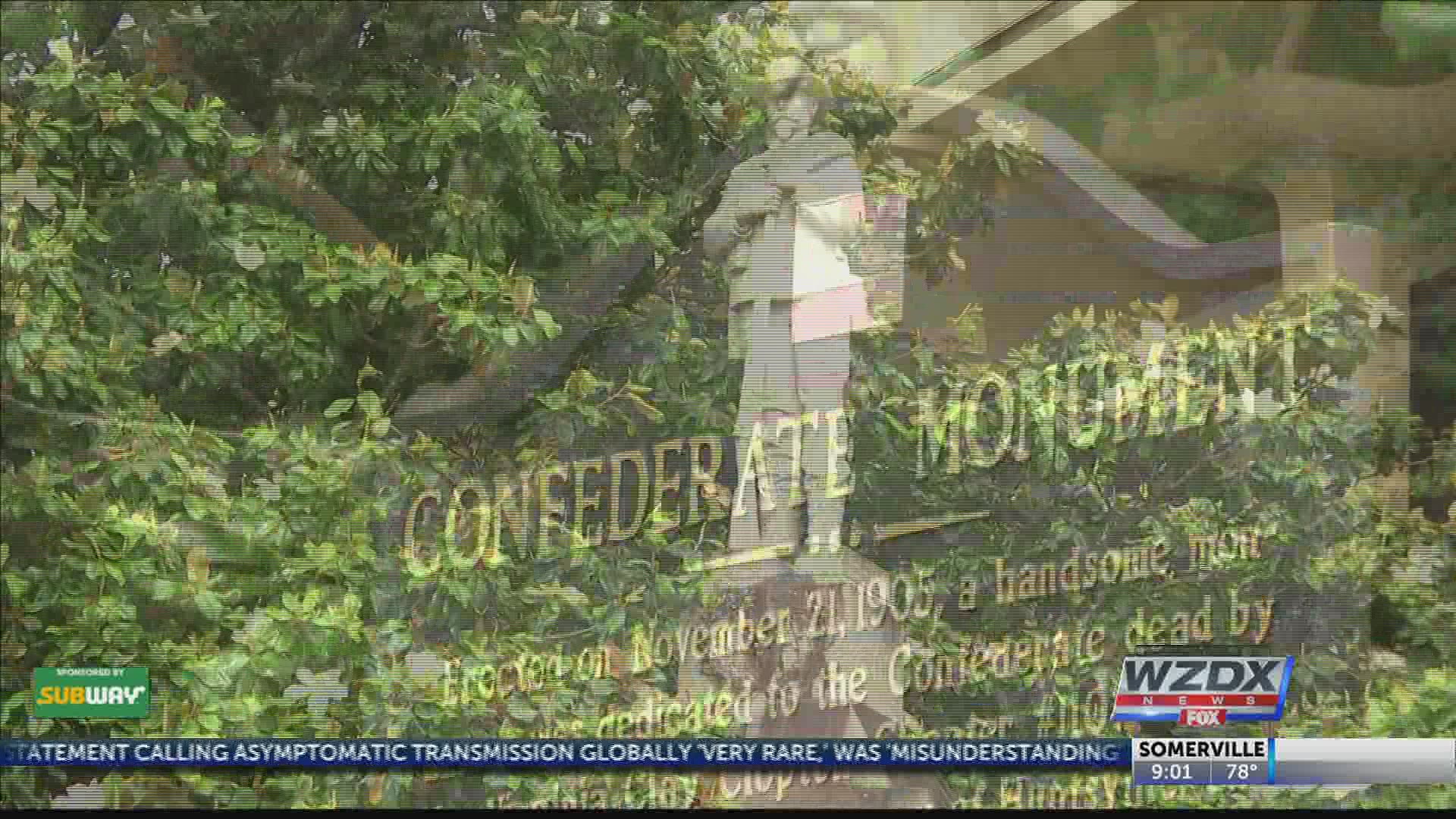 The same is happening in Huntsville, as people call for the removal of a Confederate statue from the front of the Madison County Courthouse.

We met up with Catherine Hereford of the Tennessee Valley Progressive Alliance. She tells our reporter, “It was put there to send a message. To keep black people in ‘our place’. But, we’re going to take it down to send a message right back.”

The Tennessee Valley Progressive Alliance has organized an online petition with almost 3,000 signatures calling for the statue to be removed or relocated.

They say the placement of the statue in the public square in front of the courthouse back in 1905, is a decision that needs to be corrected in 2020. Hereford adds, “I think the inscription on that monument is an affront to human decency. And anybody that cares about justice would not have that in front of a courthouse-- the place that’s supposed to embody justice for all citizens. Not just white citizens. But, all citizens in Madison County.”

Groups like the Green Party of Madison County have joined in the call to action to remove the statue.

We spoke with Joy St. John Johnson of the Green Party of Madison County. Johnson says, “It does not need to be by the courthouse. It’s meant as a clear message of exclusion. Move it someplace else.”

Local leaders are chiming in.

The statue is the property of the Madison County Commission. So, they will ultimately make the decision on whether or not it will be removed.

District 1 Huntsville City Council President, Devyn Keith, announced he will introduce a similar resolution at the next city council meeting on Thursday, June 10.

But, not everyone agrees with the removal.

A few people, who didn’t want to be quoted directly, tell our reporter they think this monument should stay where it is. One man says he thinks it should remain, but other monuments commemorating black history should be added across the city.

Huntsville Resident, Chris Horn, says, “This was here once upon a time. So again… We add value by telling the entire story and not erasing memory. Because one day if we take this statue down, someone may take other statues down that they don’t like.”

We caught up with others outside the courthouse to hear what they think.

Kimberly Brown tells our reporter, “The city of Huntsville should seriously consider relocating the monument.”

Tiffany Blackmon says, “Taking it down and replacing it with something else, lets anyone know who’s walking in-- whatever color they are, whatever economic background… You’re in here for justice. And justice, she is blind.”