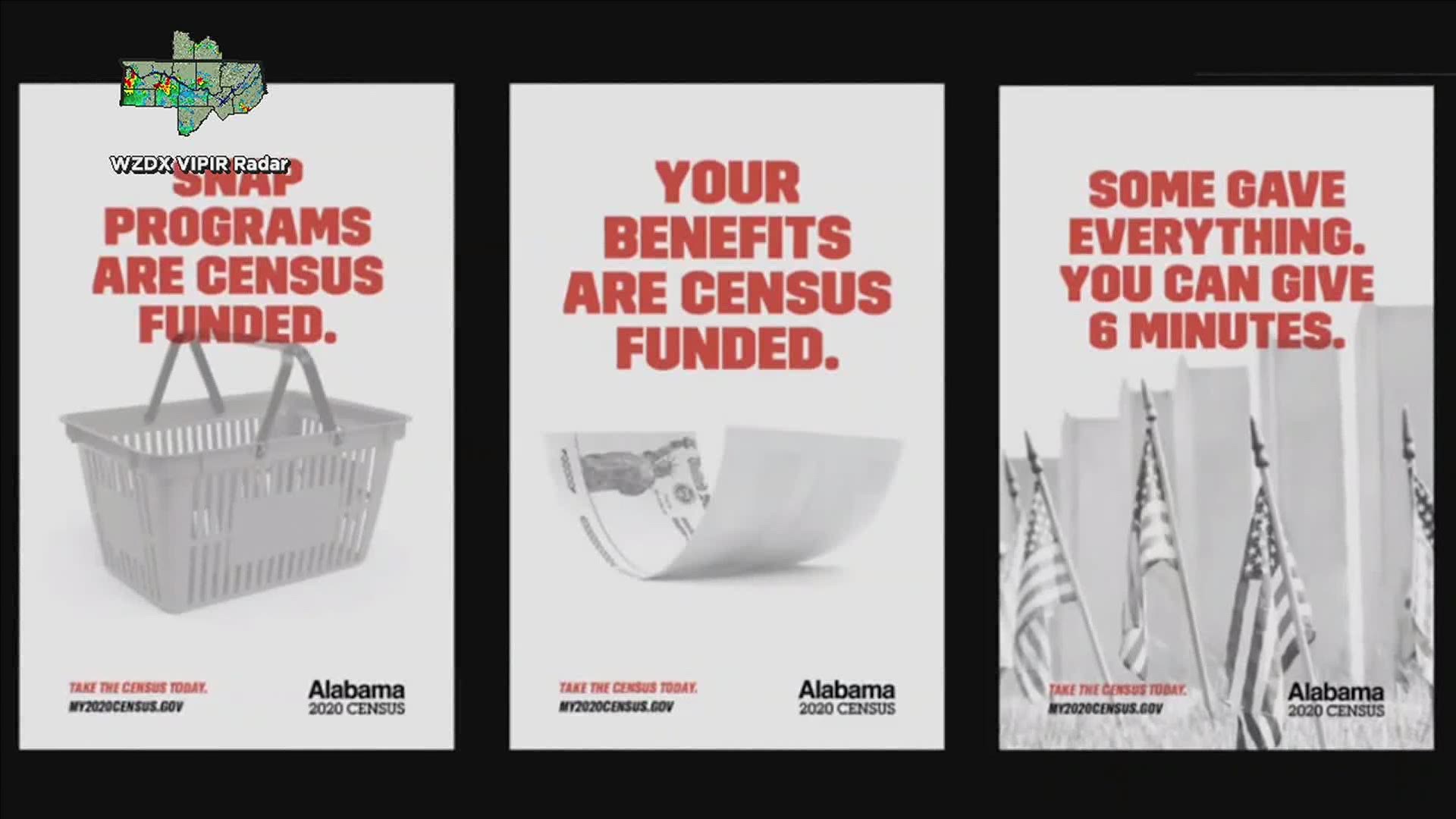 MONTGOMERY, Ala. — Have you completed your census? If not, state and regional leaders say the time is now.

Alabama currently stands at just under 60% with Census participation. It's behind the national average which is currently more than 62%. Governor Kay Ivey says that just won't do.

In addition to losing funding for the next decade, at least one congressional district seat is at risk too. The Alabama Department of Economic and Community Affairs and Alabama Counts! Director, Kenneth Boswell, says they're working to drive up participation since the pandemic has disrupted efforts.

They will observe 'Drop Everything and Get Counted' on August 12th. "We're partnering with those organizations and businesses for a statewide day of action where businesses will allow employees to complete their Census at work," says Boswell.

I had a productive call with the @uscensusbureau, @ADECA & members of the media. The #2020Census is critical to the future of our state. We’re currently around a 60% participation rate which is about 2 points behind the national average. We must do better, Alabama. @AlabamaCounts pic.twitter.com/Jm9jHgUC04

ADECA will also launch an 'Alabama Census Bowl Competition' in September for low participation counties. "We are actually working with the schools systems and developing those rules as we speak," added Boswell.

"Thirteen Alabama counties are above the national response rate that is at 62%," says Stephens.

Madison County has the 2nd highest response rate in the state, close to 72 %. Census takers will begin knocking on doors August 11th.

"Fortunately for all of us this is a marathon and not a sprint, and we must continue doing everything we can to maximize participation for all Alabamians," says Ivey.

If you haven't completed the census, you can online, by phone, or mail. Click here for more information.

RELATED: Census takers to visit homes that have not responded

RELATED: So far, more than 70% of Madison Co. residents completed the Census