We have a look at how the small town of Phil Campbell came together after the deadly natural disaster. 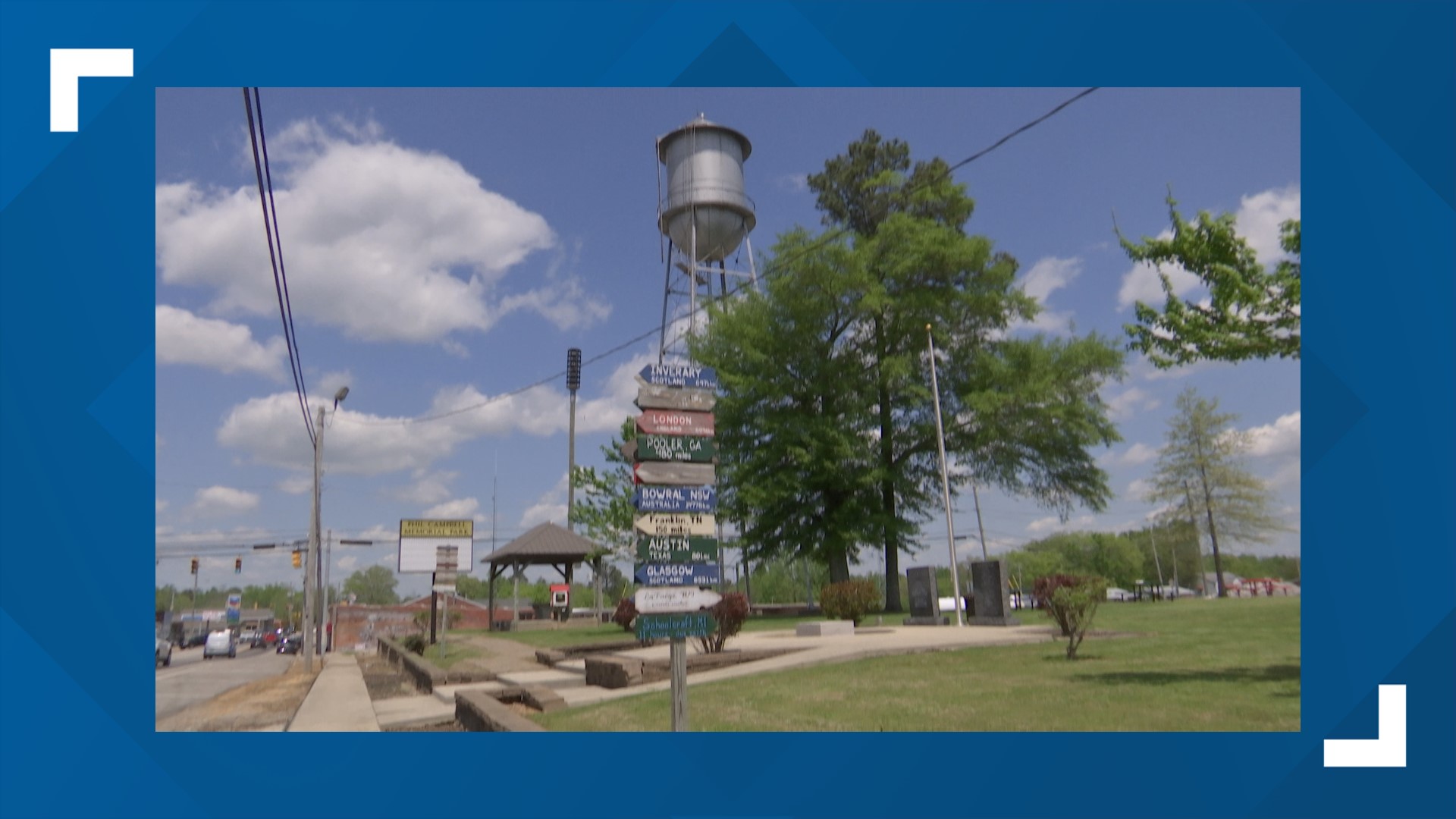 PHIL CAMPBELL, Ala. — When tragedy strikes we see how a community really comes together. One small town in Franklin County did just that when everything was virtually gone after a string of deadly tornadoes touched down in the Tennessee Valley ten years ago.

Our WZDX News reporter shares their journey from then to now.

"I guess I was, I guess I could say I was tried by fire. You know, it was a 'breaking in' period for me," says Franklin County Sheriff's Office, Sheriff Shannon Oliver.

For the people of Phil Campbell, April 27th, 2011 will be a day they will never forget. Twenty-seven precious lives were taken.

"It's something you don't train for, or you don't really expect," says Oliver.

Sheriff Oliver had just been sworn in before tragedy struck. "I took office on January the 20th, and then this happened April the 27th," he says.

Principal Riddle was Assistant Principal of Phil Campbell High School at the time. The school was established in 1911. One hundred years later and this school would be forever changed.

Phil Campbell High School was reduced to rubble, but still served its purpose after the storm. Cell towers were down and the campus along with the elementary school would serve as a central hub to account for survivors.

Riddle says the center was also a place for coping from the devastation. "So to know that we could use this place as a healing center for that tragic time; It was just good to know that people felt like they could come here and do that and felt welcome," he says.

The school year finished off at a local college and for the next three years students learned from 27 mobile units. They learned from churches at the beginning of the 2014-15 school year for several weeks before moving into their new home.

"We started schools at three different churches. The year it was supposed to be done we had to have - like the 10th, 11th, and 12th grade in this church, the 9th and 10th in this church, and the 7th and 8th in the other church down the road for several weeks," says Riddle.

However, there are many lessons learned. They've learned how to better prepare. "With our school now, we have actually a tornado shelter built in the school," says Riddle.

Riddle says the shelter can hold up to a thousand people, just around the number of those living in this town. Oliver prays nothing like this ever happens again, but they're also prepared.

"We do some training. We've had some training, based on the recovery and search efforts during something like this," says Oliver.

Another memorial is at Phil Campbell Memorial Park remembering all who died in the county.

"Every time you see it, it's just a reminder of those people made a difference in our lives, and in our communities and to our friends and families as well," says Marbutt.

"It's a sad day, but we don't want it to be a sad day. We want to try to make it as positive as we can," says Phil Campbell City Councilman, Eddie Marbutt.

1 / 18
NWS
A large piece of metal was lodged in the trunk of this snapped tree near the intersection of Orvil Smith Rd and Smith Vassar Rd.