In the plea deal, Sisk agreed to pay all fines and restitution the court imposes on him. 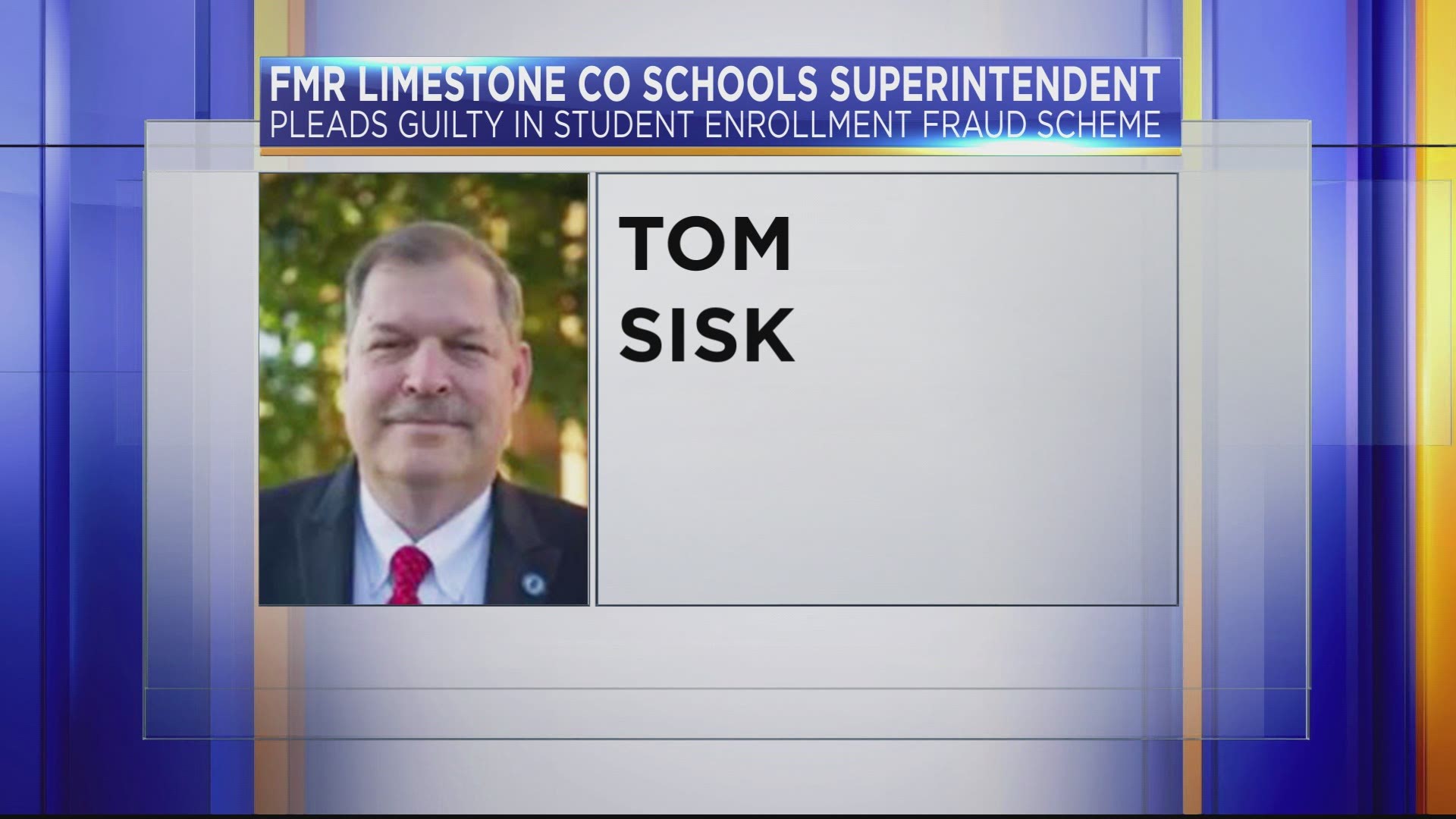 As a part of the plea deal, prosecutors are recommending that Sisk receive the lowest sentence of the guidelines range and agreed to not bring any more charges against him for the conduct in the indictment.

In the plea deal, Sisk agreed to pay all fines and restitution the court imposes on him. In compliance with the deal, Sisk also agreed to fully disclose all his assets.

As a part of the plea, Sisk admitted to conspiring to falsely enroll private school students in the Limestone County Virtual School in order to receive a larger share of local tax revenue.

The full plea deal can be read below:

In Corkren's plea statement, he admitted to gaining more than $500,000 from the scheme.

In Tutt's plea statement, he admitted to receiving monthly payments of $33,000 from Corkren's company.

According to the U.S. Department of Justice, a trial for the remaining individuals, former Athens City Schools Superintendent Trey Holladay, Deborah Holladay and Rick Carter, is set to begin on September 13 in Montgomery.

IN OTHER NEWS: Alabama mask mandate to expire April 9 at 5 p.m.