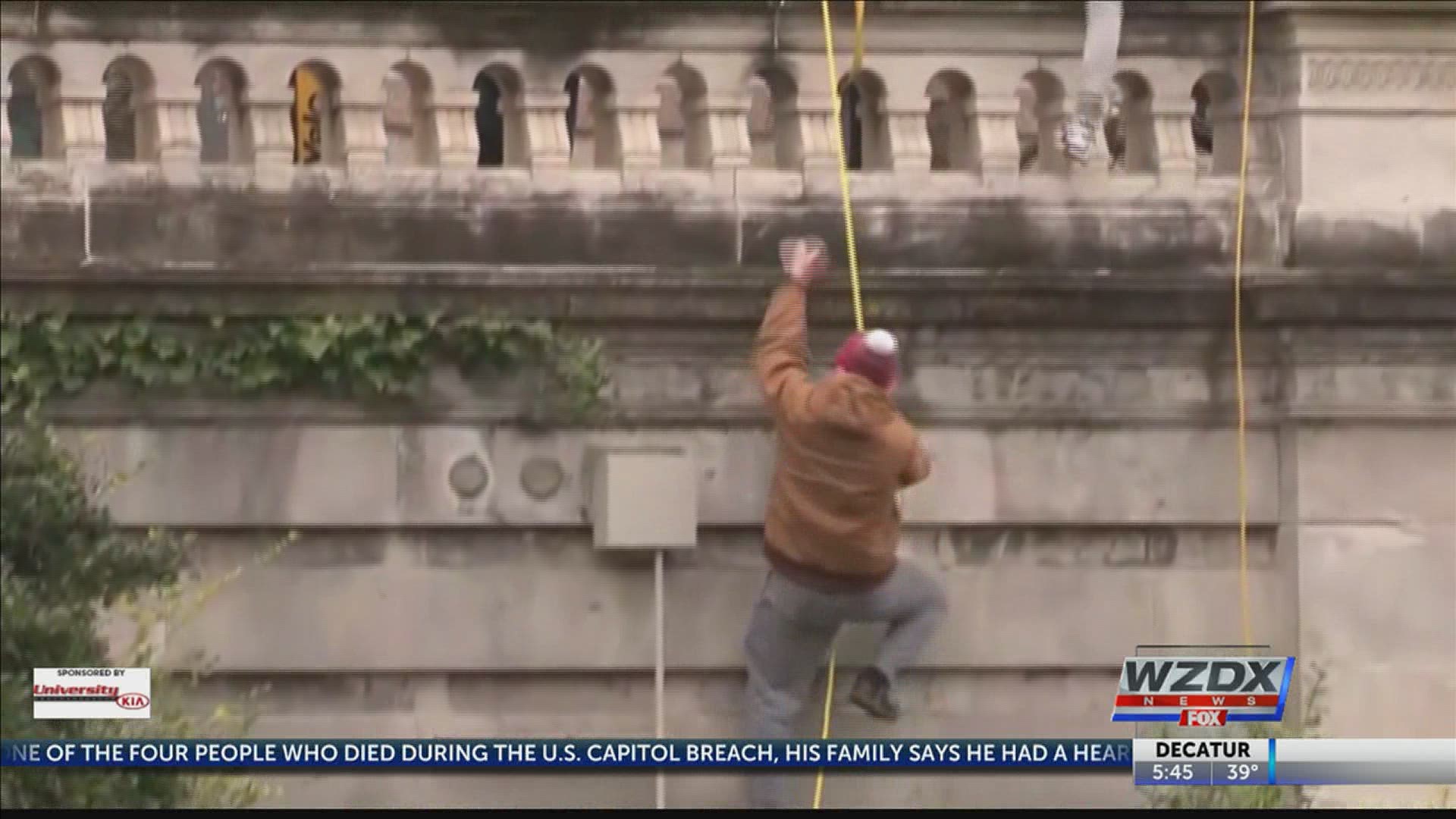 "I've been in that Capitol. It is sacred ground for Americans, and to see that disrespect, to see things being stolen, windows being broken, somebody hanging from the balcony, those aren't Americans," said Dr. Griffith.

The mob breached the Capitol after federal and state leaders rallied against the results of the 2020 election at a March for Trump rally in Washington, D.C.

Before the breach happened, Representative Mo Brooks spoke at the rally where he said, "Today's the day American patriots start taking down names and kicking ass."

"Alabama is the only state with two women in the hall of statues. We have Rosa Parks and Helen Keller. We're well represented there by fine, great people, and to have a Mo Brooks act a fool that he did is an embarrassment to the whole state," said Dr. Griffith.

Brooks is among a handful of congressional Republicans claiming Antifa orchestrated the Capitol attack. Officials say there is no evidence of that.

Newly elected Senator Tommy Tuberville was among those who objected electoral votes in some states.

"I fear that their actions on this yesterday hurt us politically, especially in North Alabama," said Calhoun Community College History and Political Science Instructor, Dr. Waymon Burke. "They are both going to be in the minority status, and even within a minority status of their own party, they are going to be backbenchers."

RELATED: Athens man one of four who died during siege of U.S. Capitol, according to AP

Both Brooks and Tuberville later condemned the violence.

Brooks said in a statement, "The scenes of United States Capitol Police being violently attacked and mobs occupying the American seat of government are highly disturbing. Consistent with my history, I ALWAYS condemn lawlessness and violence of any kind and in the strongest terms. As a strong supporter of the Rule of Law, and as a former target of Socialist Democrat gunfire myself, I don’t care what political views motivate the violence, I hope law enforcement and our judicial system prosecute these thugs to the fullest extent of the law."

Tuberville tweeted Thursday morning saying, "Yesterday was a sad day for our great country. I strongly condemn the violence and actions we saw from those who stormed the Capitol. It undermines the freedoms we enjoy as Americans, and it has no place in our democracy."

"We've become a Third World democracy. They are looking at us as though we're unstable. Trump has burned bridges after bridge," said Dr. Griffith.

"The United States is the leader of the world, and it is important for us to remain in that position, so I'm very concerned," said Dr. Burke.

WATCH: What happened in the Capitol on January 6, 2020