Six people, including two former superintendents, are named in the indictment. 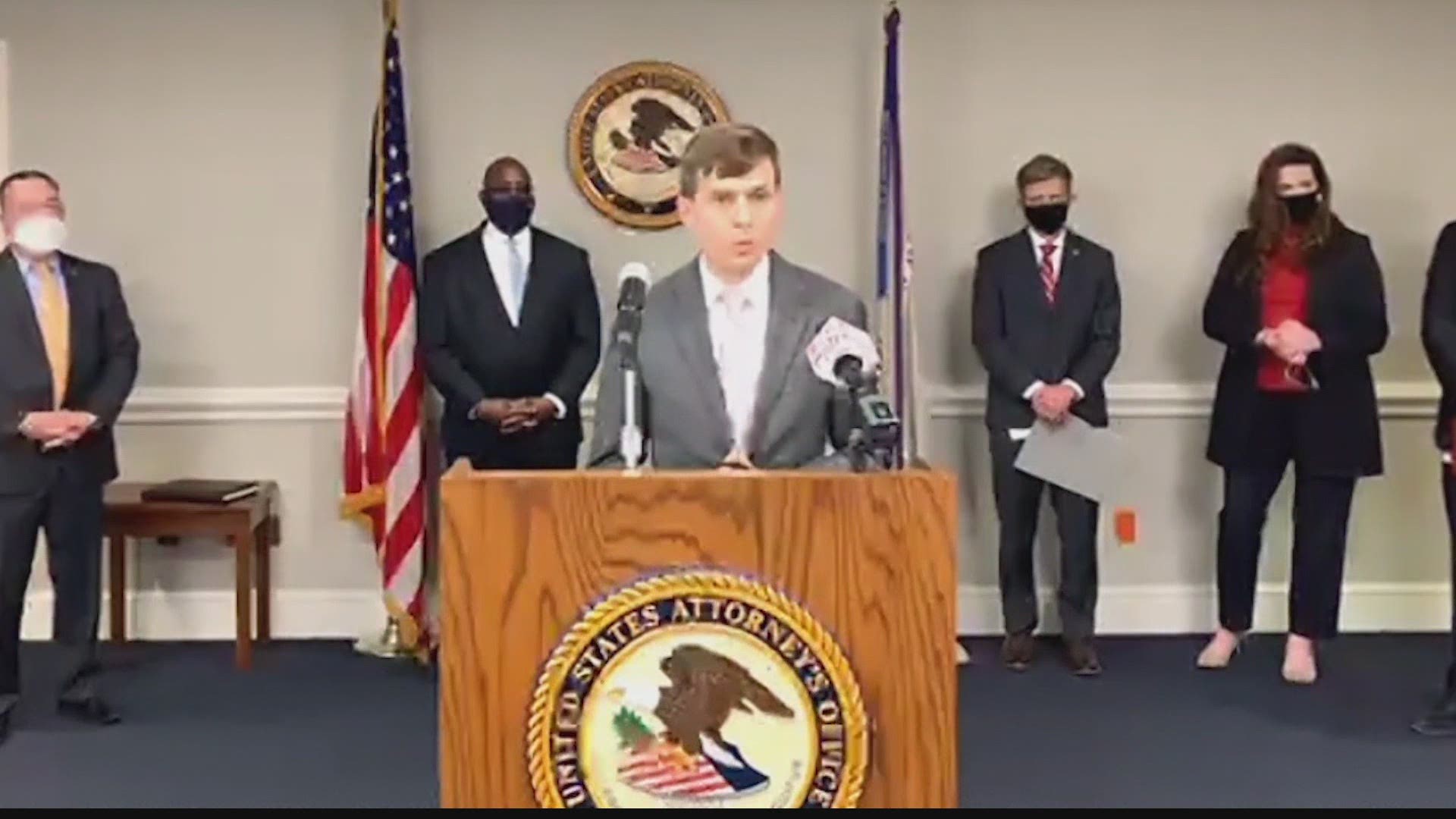 Former Athens City Schools Superintendent William "Trey" Holladay was indicted on one charge of Conspiracy and dozens of charges of Wire Fraud and Aggravated Identity Theft. Holladay was on leave from June 2020 until his last day with the district on Oct. 31, 2020.

According to the indictment, "The purpose of the conspiracy for ACS [Athens City Schools], LCS [Limestone County Schools], and CCS [Conecuh County Schools] to obtain greater statefunding allocations through the Foundation Program than they would otherwise have been entitled to by purporting to enroll into their respective virtual schools students who were in fact full-time students of brick-and-mortar private schools and who were not taking even close to what could be considered full course loads through a virtual education program. ACS would then use, directly and indirectly, portions of the excess money to fund the completion of capital projects, including, the new campus of Athens High School."

The Dept. of Justice explained in a statement:

The indictment alleges that the defendants conspired to fraudulently enroll students in public virtual schools and then falsely report those students to the Alabama State Department of Education. As a result of this, districts received payments from Alabama’s Education Trust Fund as if the students actually attended public schools. The various defendants then received, for their
own personal use, portions of the state money. The defendants skimmed the state money through direct cash payments and payments to third-party contractors owned by the various co-conspirators.

It goes on to allege, "It was a purpose of the conspiracy for Trey Holladay, Deborah Holladay, Carter, Corkren, Tutt, and Sisk to obtain, directly and indirectly, for their own personal use, portions of the increased revenue generated for ACS, LCS, and CCS by the fraudulent enrollment of private school students in the ACS, LCS, and CCS virtual schools."

From the Dept. of Justice:

The indictment further alleges that the defendants went to various lengths to conceal the fraud from the state.Such lengths included: creating fake report cards, manufacturing false addresses for the students of the private schools who lived outside of Alabama, and submitting falsified course completion reports to the state department of education.

The high number of counts, a total of of 127, is because each alleged instance of fraudulent enrollment and identity theft is a separate count.

We are a family of teachers and coaches. There is absolutely no way that we would do anything detrimental to the school system. The charges against us are unfounded and will be vigorously defended. We appreciate so much the overwhelming support from our friends and community.

On Tuesday, February 23, 2021, Limestone County Schools learned it was mentioned in an indictment for involvement with a virtual school program during the 2016-2017 school year.

Moving forward, we will be a transparent and accountable school system which provides the best educational experience we can for our students.

The DOJ reminds the public that an indictment merely alleges that crimes have been committed. All defendants are presumed innocent until proven guilty beyond a reasonable doubt.

“Public corruption remains the FBI’s top criminal priority because public officials must be trusted to do their jobs with honesty and integrity,”stated FBI Special Agent in Charge Johnnie Sharp, Jr.“The citizens of Alabama should rest assured that the FBI will continue to work with our law enforcement partners to investigate corruption at every level and hold accountable those officials who violate the public’s trust and use their position for profit or gain.”

“Public officials and employees are obligated to perform their duties and administer funds with integrity and according to requirements of the law,” said Alabama Attorney General Marshall. “As Attorney General, I am committed to stand together with our partners in law enforcement to ensure that allegations of wrongdoing are investigated,and that appropriate action is taken."