"We had someone come from Switzerland once." 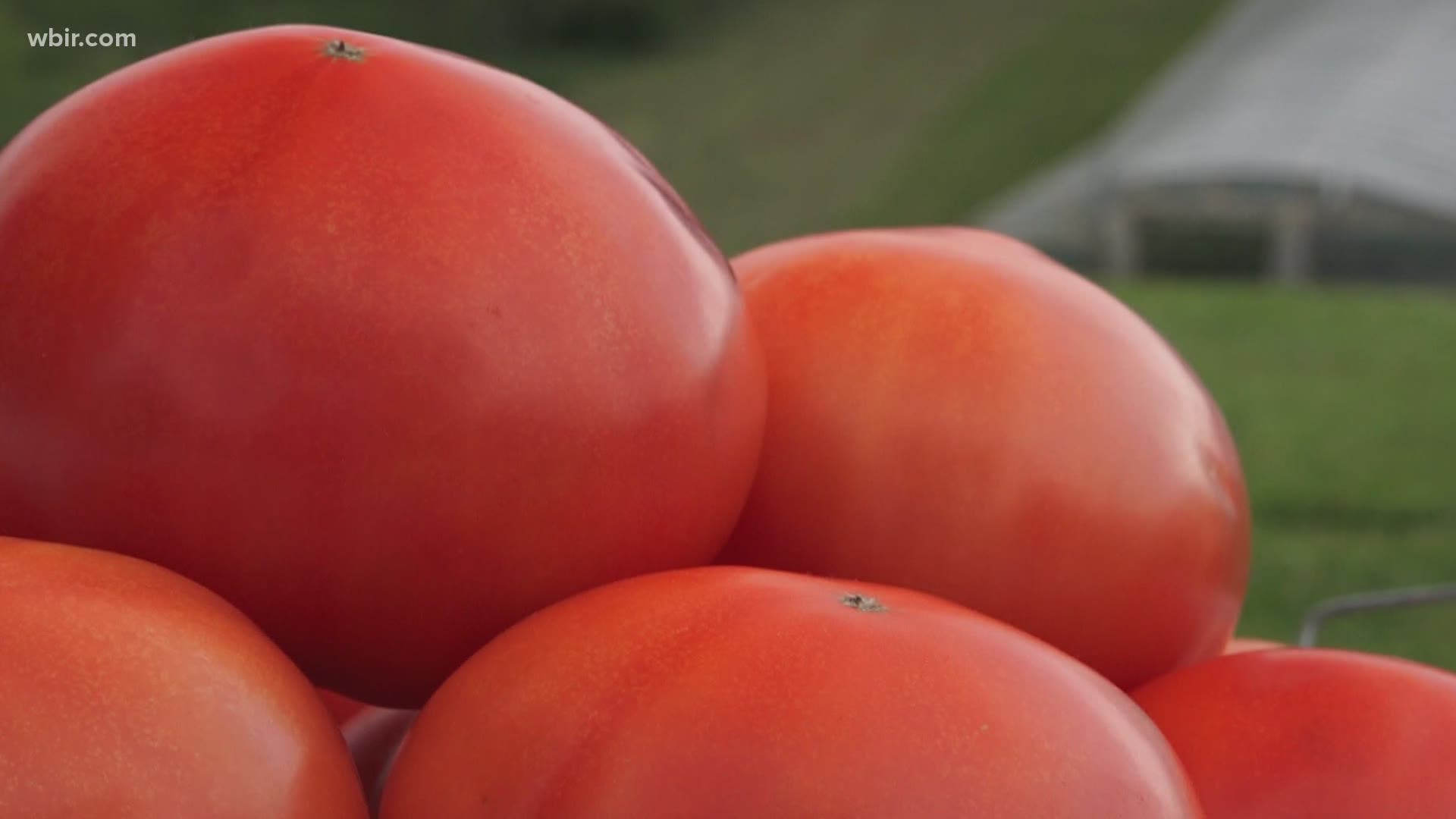 RUTLEDGE, Tenn. — There's something about the taste that brings visitors from all over to Grainger County with a population of fewer than 24,000 people.

"Grainger County tomatoes mean the world to Grainger County and the reason is, we don't have a lot of industry. We're in a very rural community, a very rural area. There are not that many jobs available as far as industry goes, but there is a lot of farming that can be done on these hills," said Anthony Carver, who serves as the director at the Grainger County UT extension office.

The farming hasn't always been all about the tomato though. Farmers transitioned from products like tobacco and bell peppers in the 1950s.

“There's generation after generation of families who have stayed in farming because it's the way of life," Carver said.

The Strattons are on their fifth generation of farmers.

"My grandpa, my dad, all the way back, you know, we farmed all my life," said Lillard Stratton, whose age prevents him from spending long days on the farm. His grandsons are learning the ropes.

“I guess it's just a family tradition. I've always just enjoyed and had a passion for farming," Logan Carter said.

The Strattons usually pack up their tomatoes for the annual Grainger County Tomato Festival in July, but for the first time since 1992, the festival was canceled.

"Well, everybody was already in the shutdown mode, you know, stay home and social distance and be safe. We knew that there was no way that we could conduct the festival and make sure that our public could be as safe as they possibly could be if we just went ahead and had it," Carver said about the need to cancel due to COVID-19 concerns.

Steve Longmire, a long-time participant of the festival, would have had a front-row seat this year. He opened Sunfresh Produce directly across the street.

“Tomatoes are not going to be in short supply. We just need the customers to know where to come and get them. And, right here is an awesome place to do it," Longmire said.

The shop is the only full grocery store in town, so opening in the midst of a pandemic hasn't posed many problems.

“Simply because people have got to eat and they weren't eating out. They were coming in shopping and buying stuff to take home and cook. So it was actually a good time to open it," Longmire said.

So, what is it that makes a Grainger County tomato taste so good? Some say the secret's in the soil.

“We have a lime-based bedrock here in Grainger County, and it breaks down faster, which turns into limestone, and that limestone actually helps our pH and the pH is actually what helps the flavor," Carver said.

The flavor comes from the variety of plants farmers choose to grow. These aren't the kind of tomatoes you'll see shipped from places like California or New Mexico.

"We strive to have more of a flavorful tomato rather than a shipping tomato," Carter said.

Still another reason for the success lies with the farms themselves. All of which are family-run.

“Farming is changing, time and time again over the years, and we're actually getting better at it," Carver said.