William Darby was on trial for murder after the shooting of Jeffrey Parker of Huntsville, AL in 2018. 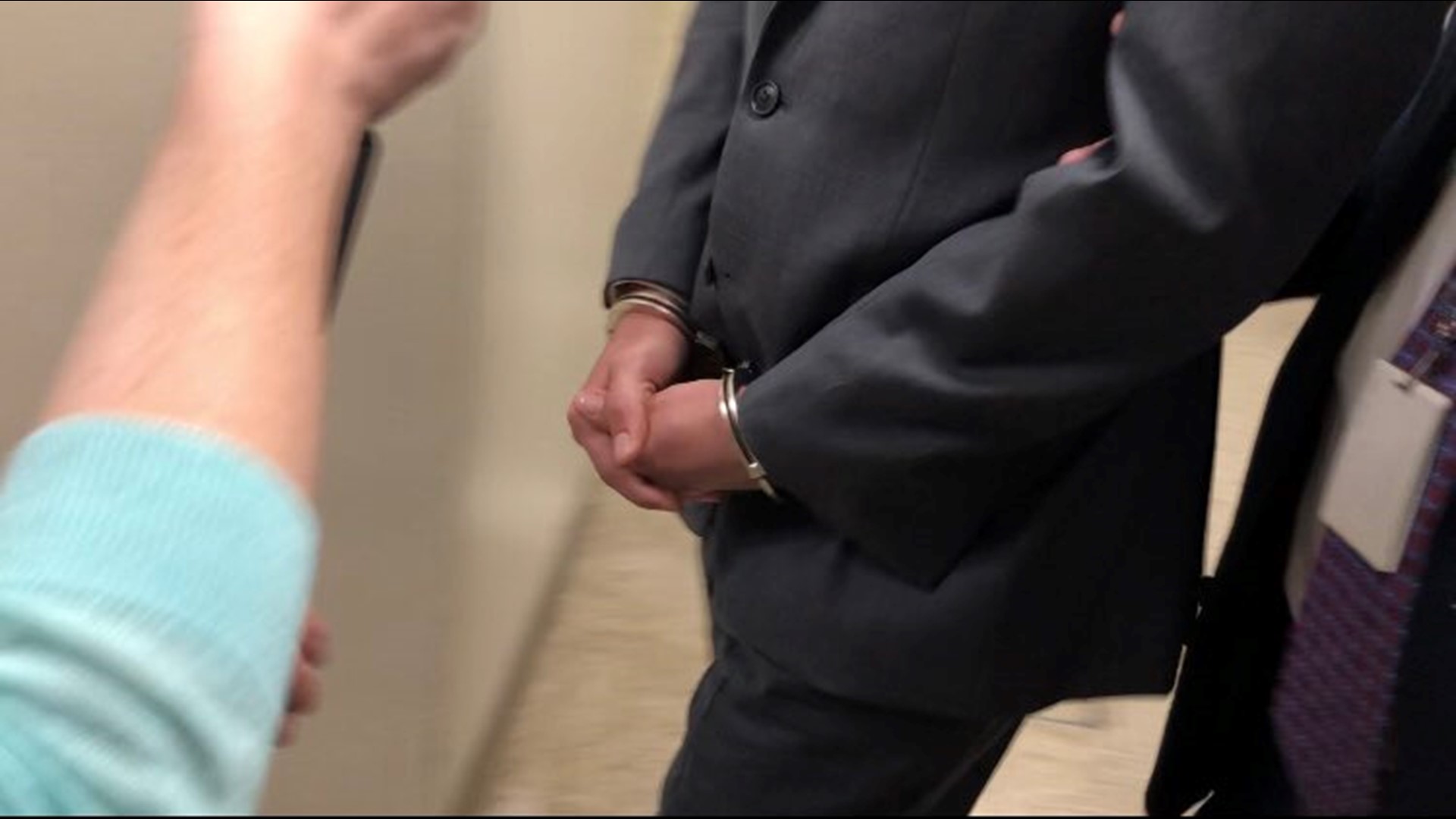 HUNTSVILLE, Ala. — UPDATE: Huntsville police officer William Darby has been found guilty of murder in the shooting death of Jeffery Parker in 2018.

It took the jury a little over two hours to make the decision that William Darby is guilty of murder.

After deliberations went on for over four hours on Thursday, the jury had to start over Friday morning around 9:15 a.m. because one juror fainted and was sent to the hospital. That juror was replaced with an alternate.

After the guilty verdict was read, Darby was escorted out of the courtroom in handcuffs.

Madison County District Attorney Rob Broussard said, "We're very pleased with the jury verdict. We believed in this case. I'm not saying this is a pleasant day for us in the office, but it's a day that justice dictated."

Attorneys for William Darby say he will appeal.

Defense Attorney Robert Tuten says he is certain the verdict will not stand.

"The jury got it wrong. They made a mistake ," said Tuten. "Ben Darby has constitutional rights to take it to a higher court and have it reviewed, and that's what he will do."

“While I respect the jury’s opinion, I disagree with the verdict. We recognize this was a hard case with a lot of technical information to process. Officer Darby followed the appropriate safety protocols in his response on the scene. He was doing what he was trained to do in the line of duty. Fortunately, Officer Darby has the same appeal rights as any other citizen and is entitled to exercise those rights."

The Huntsville Police Department is taking Darby's side.

Police Chief Mark McMurray stated, "We are in the first stages of shock. While we thank the jury for their service in this difficult case, I do not believe Officer Darby is a murderer. Officers are forced to make split-second decisions every day, and Officer Darby believed his life and the lives of other officers were in danger. Any situation that involves a loss of life is tragic. Our hearts go out to everyone involved."

The family of Jeffrey Parker filed a civil suit over a year ago. Parker’s family and friends speaking to the media now. They hope this case sparks change on how police handle their response to mental health calls. pic.twitter.com/BZl051Qnje

Defense attorney Robert Tuten says Darby will appeal. He said, “The jury made a mistake. He got it wrong.” pic.twitter.com/ak8MHyev1a

Defense attorneys say Darby will appeal the guilty verdict. I've been told Defense Attorney Robert Tuten is too busy for an interview right now, but I can expect a statement "at some point."

Darby has been found guilty. @rocketcitynow

Darby was escorted out of the courtroom in handcuffs. @rocketcitynow pic.twitter.com/zLYYCsBp92

The family of Jeffrey Parker filed a civil suit over a year ago. Parker's childhood best friend, Bill Park, says he believes HPD Officer Genisha Pegues had everything under control the day of Parker's death.

"I feel badly that he may be facing years in jail, but he made a decision," said Park. "It was split second and it was a wrong decision. He has to live up to that. This is life and death."

Parker's family and friends say they hope this case sparks change on how police handle their response to mental health calls.

Jurors deliberated for over four hours on Thursday before leaving at 5:30 pm with no verdict. The jury was scheduled to reconvene Friday morning at 8:30 am.

As jurors were walking into the room to continue deliberations Friday morning, one of the jurors fainted and was sent to the hospital. That juror was replaced by an alternate. Deliberations started over at about 9:15 am.

Judge Donna Pate told reporters the jury asked the for the definition of "burden of proof" to be read to them again.

Darby is charged with murder in the shooting death of Jeffrey Parker in 2018.

Attorneys gave their closing arguments before the jury started deliberating at 1:00 pm.

During the trial, the jury heard from a number of witnesses and saw footage of the shooting.

According to HPD, the shooting happened when officers were called to Parker's home in April 2018. When officers arrived, they say Parker had a gun to his head.

Officer Justin Beckles and Officer Genisha Pegues were in Parker's home when Darby arrived. Darby's defense says he was concerned for the other officer’s safety. Tuten explained to the jury quote, "When you don't know what they're going to do next, you've got to act."

During closing arguments, Assistant District Attorney Tim Douthit says there's not reasonable evidence Jeffrey Parker was going to hurt somebody and that Darby rushed into the situation.

The prosecution noted that Darby had 18 months experience as an officer at the time of the shooting and that the other two officers on scene had a combined ten years experience.

Douthit explained there are no special rules for self defense. He asked the jury to imagine if it had been a next door neighbor that was called to Parker's home the day of the shooting.

Officer Darby was indicted in August 2018 for the April 18, 2018 shooting. He had been employed with HPD for two years and was placed on administrative duties after the shooting and on paid administrative leave as of August 3 due to the indictment and arrest. He no longer has his gun, badge, or police credentials.

In his immunity hearing , the public got its first look at the police body camera footage from the incident. Darby told the judge he was concerned for another officer’s safety when they were inside Parker’s home. The prosecution says he rushed into the situation and was on the scene for 11 seconds before he fired.

Several other people, including the senior officers who were with Darby at the scene, testified about the events that took place. At the time, the City of Huntsville said it would pay up to $125,000 for Darby's defense.

The Huntsville Police Incident Review Board cleared Darby about four weeks after the shooting. However, an investigation in to the case continued.