Bobcats are pretty elusive creatures, so one East Tennessee family was pretty surprised when they spotted on swimming across Norris Lake. 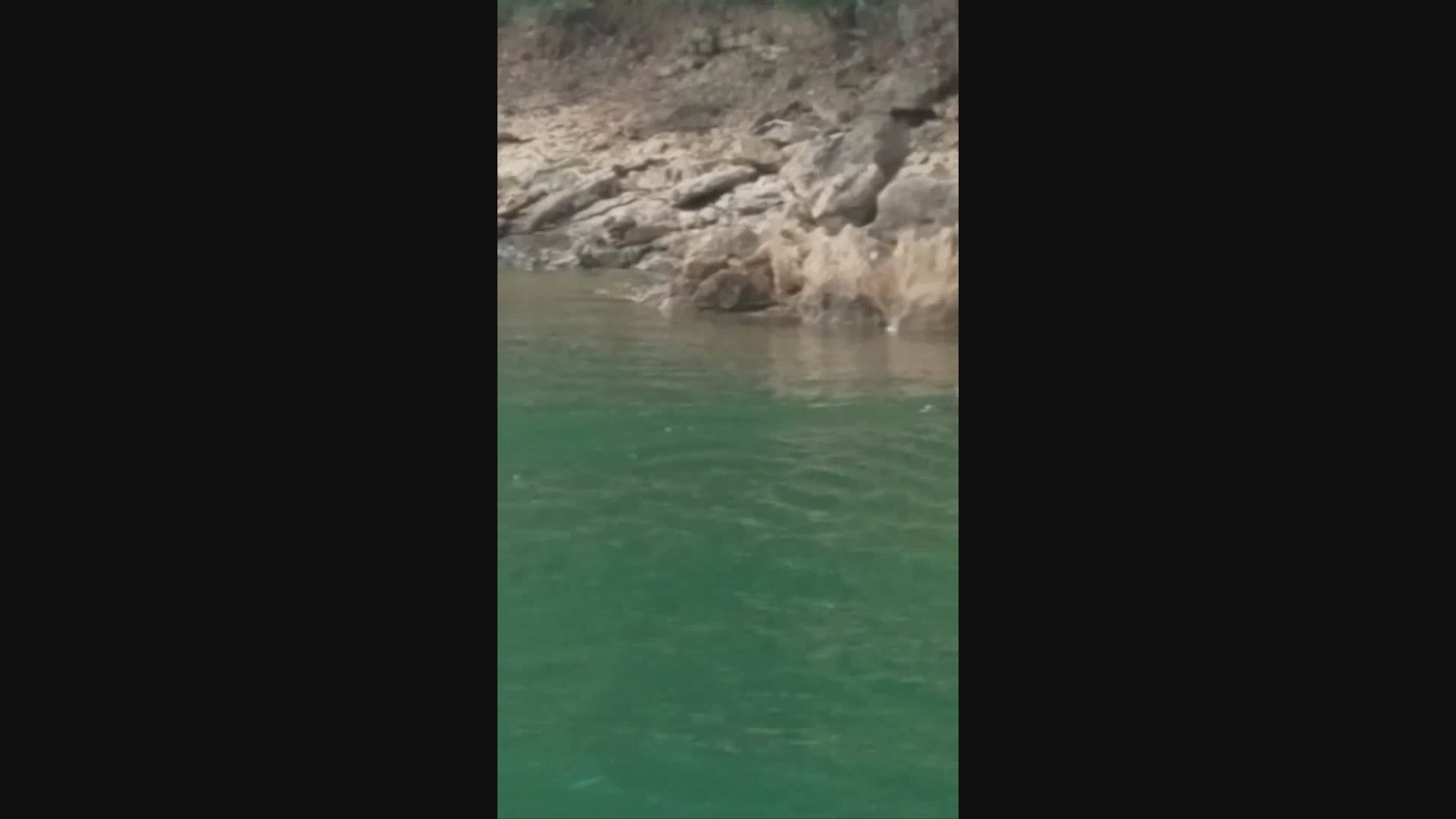 Campbell County, Tenn. — A rare October day boating on Norris Lake led to an even rarer sighting of a pretty elusive animal.

The Morrow family took advantage of the summer-like weather on Sunday to take the boat out on Norris Lake one last time.

As the family was returning to Whitman Hollow Marina in Campbell County that evening, they spotted something swimming in the water ahead of them.

As they got closer, they realized the animal making its way across the lake was a bobcat!

Bobcats are common in Tennessee, but very elusive. They generally keep their distance from humans.

Actually seeing one swimming is a "special, rarely observed occurrence," according to TWRA spokesperson Matt Cameron.

The Morrows swung the boat around to get a better look, but still maintained a safe distance, especially since the bobcat seemed very wary about being spotted. As it swam, it kept looking back over its shoulder at the boat as it made its way towards shore.

Bobcats don't pose a serious threat to human safety, but as with any wild animal with teeth and claws, they should not be approached or handled, according to Cameron.

Finally, the bobcat made it to the bank and rapidly disappeared into the woods.