The indictment claims the man was in possession of multiple weapons, including 11 Molotov cocktails among weapons. 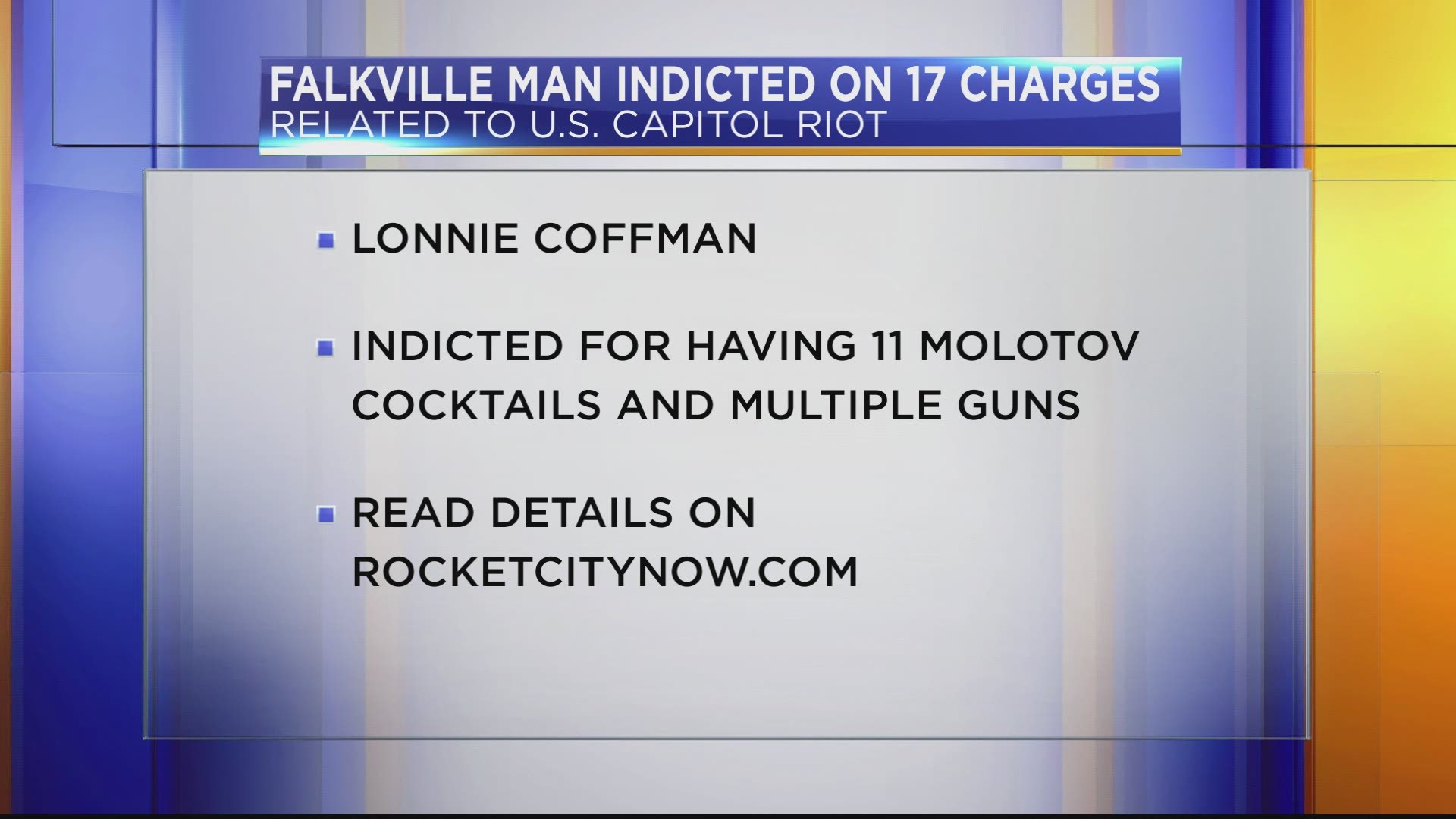 A Falkville man has been indicted on 17 charges for his alleged participation in the siege of the U.S. Capitol on January 6, 2021.

The indictment claims that Coffman was in possession of multiple weapons, including 11 Molotov cocktails, two 9 millimeter handguns, a .22 caliber revolver, a rifle and a shotgun.

RELATED: House speeding to impeach Trump for US Capitol 'insurrection'

Coffman was arrested on January 7 following an arrest warrant.

The full indictment can be read below:

Coffman's arrest warrant can be read below:

These images are some of the exhibits in United States of America v. Lonnie Leroy Coffman as part of a Memorandum in Support of Pretrial Detention.

IN OTHER NEWS: Tennessee Valley leaders respond to Trump supporter's siege of the U.S. Capitol