'Faith In Action' pushing for change in 'Pre-Trial Intervention Program'

'Faith In Action Alabama' leaders are calling on the Madison County D.A. to open up the program 'to all' who qualify. 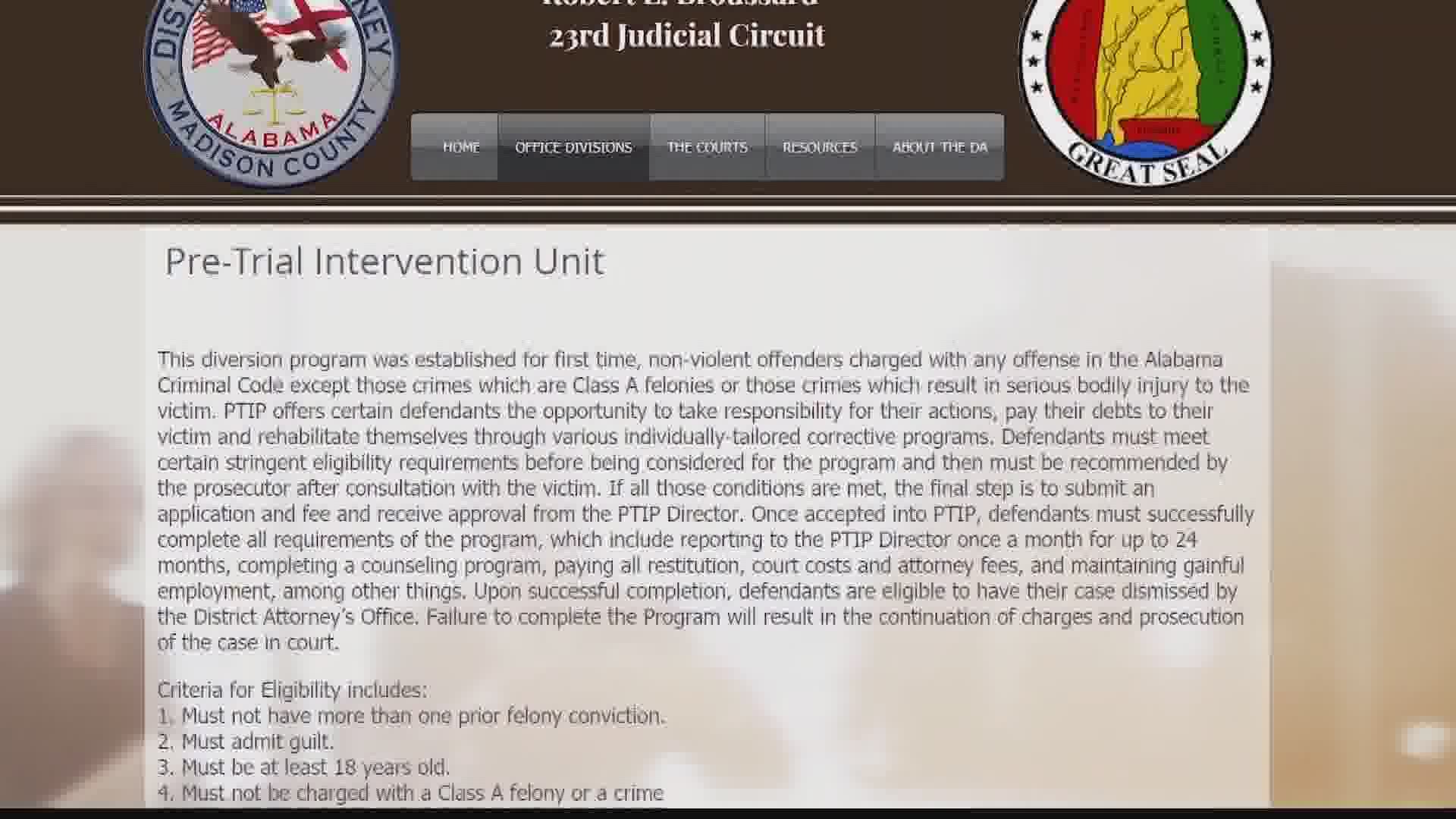 HUNTSVILLE, Ala. — We all know that if you "do the crime, you do the time". However, one Alabama group believes some people in the criminal justice system are getting a second chance, while others, are not.

"Faith In Action Alabama" is calling on the Madison County D.A.'s office for more "transparency" in one of its programs. People who committed low-level and non-violent crimes have an opportunity to pay their debt without serving time. However, Faith In Action Alabama says there are still barriers that prevent people from doing this.

"Some of the people who commit these crimes, they don't even know about the 'Pre-Trial Intervention Program'. They will probably cop out with a plea deal, or jail time, or get put on probation," says Faith In Action Alabama Organizer, LaGarrette Crawford.

Leaders say one goal is to ensure all people, who qualify, know about the program and are able to participate. "Once you finish, you can come out of that program with nothing on your record. With a clean record. As if you never committed that crime," says Crawford.

However, there is a fee and some people can't afford to pay. Leaders want people who can't pay to be considered. "Also to ensure that the District Attorney does not have sole discretionary power to determine who is removed from the program," says Crawford.

Faith In Action say they've reached out to the Madison County D.A.'s Office for research purposes but say they haven't heard back. "We have been working on this for the past six months," says Crawford.

WZDX News reached out to the D.A.'s Office and are waiting to hear back.