Have you heard of 'Tipping the Shoals'? This Facebook group has been giving big tips to servers in the Tennessee Valley during the pandemic. 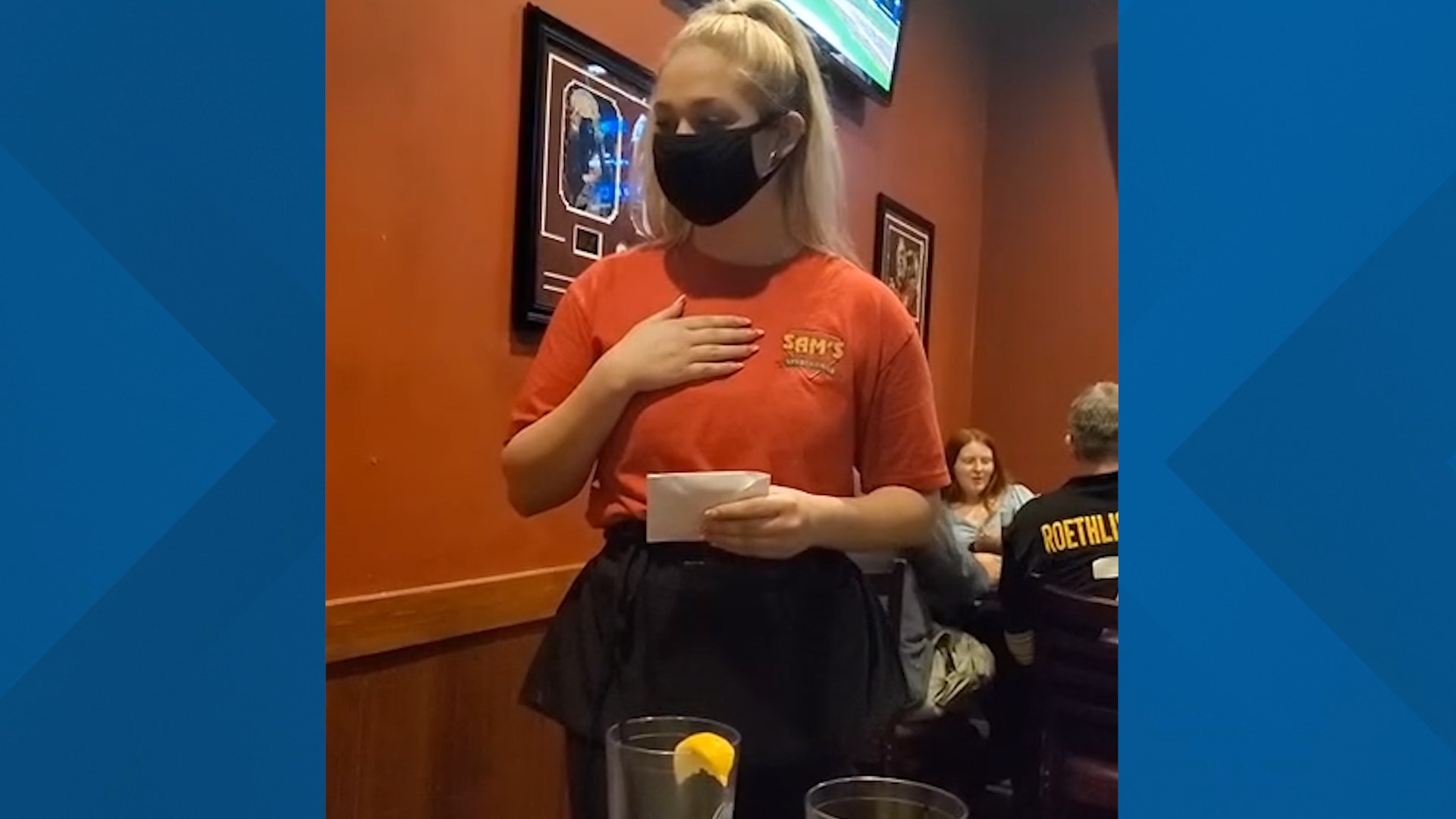 MUSCLE SHOALS, Ala. — The pandemic has been especially hard on the restaurant and food service industries, and the workers have really felt the impact. One Facebook group is helping a few lucky restaurant servers in a big way.

This is the face you make when you find out you’re getting a 1,300 dollar tip!

‘Tipping the Shoals’ is a Facebook group of everyday people who just want to say ‘thank you’ to some of our servers in the Valley.

The page is back up and running after months of inactivity. This is their first tip they’ve given after the page had to take a break back in December 2020.

We caught up with Stephanie Stern, the 'Tipping the Shoals’ page creator. She says, “I know what it is to struggle financially. I really believe that with us doing this, we’re helping more than just one person, we’re helping their entire family and it’s just amazing… I’m just-- I’m grateful! That’s the only word I can think of to describe it.”

Maddie was the server who received the tip for the month of April, but the group is collecting donations for the “May” tip now!

You can give via PayPal or Venmo.

Click on this link to be directed to the 'Tipping the Shoals' Facebook page to find out more on how you can give!

RELATED: Facebook group that gave almost $10,000 to servers during pandemic shutting down until spring

RELATED: Virtual class aimed towards seniors; you can learn and exercise from home