HFD: Bar 5015 explosion was intentional; cause still under investigation

HFD, HPD, ATF and FBI are all on the scene. 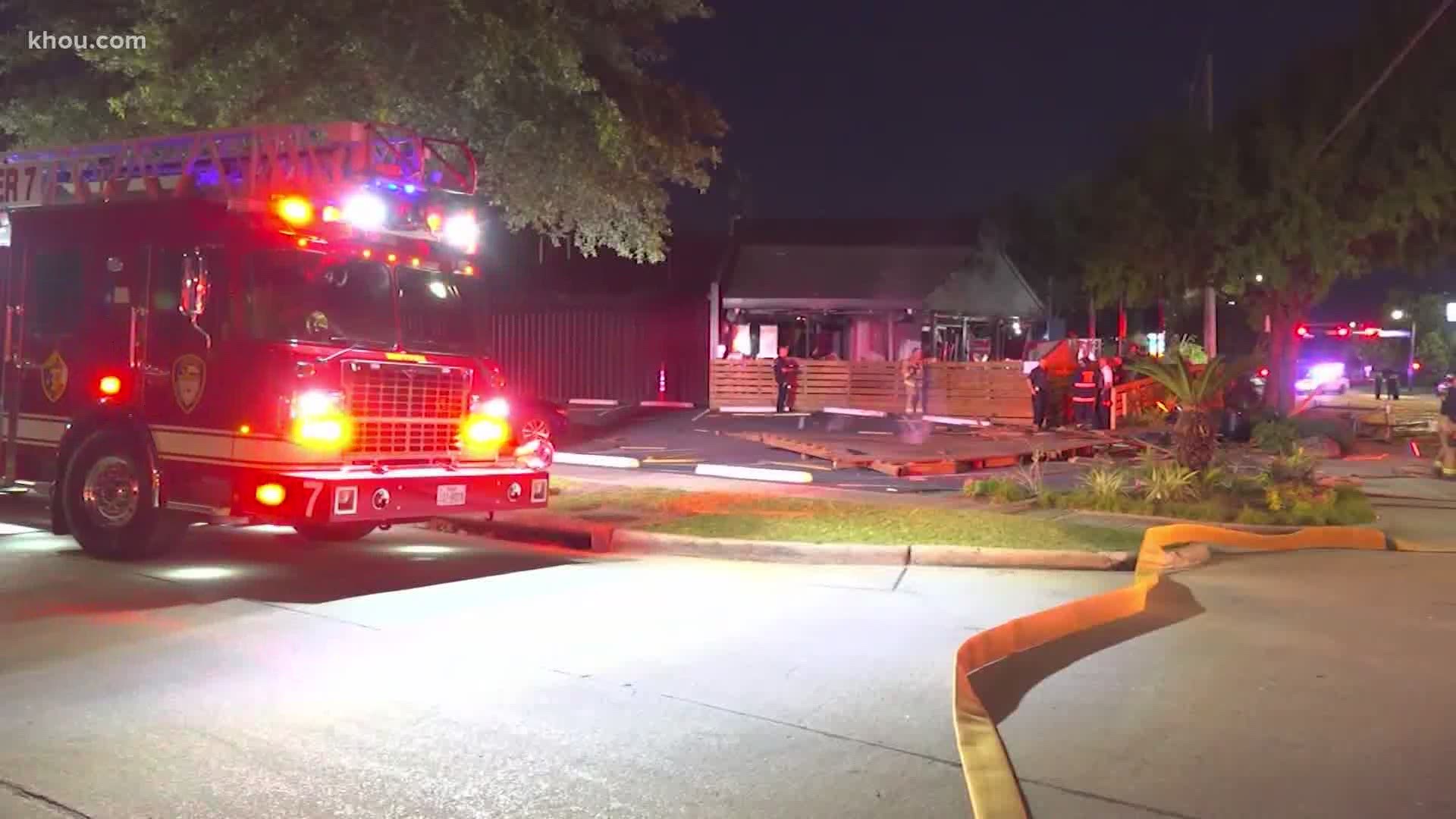 An explosion at a bar between Houston's Museum District and Third Ward shook homes miles away early Friday morning.

The explosion happened around 4:45 a.m. at Bar 5015 in the 5100 block of Almeda Road. Residents said the explosion could be felt as far away as the Texas Southern University campus.

Houston police said the explosion happened after the bar closed at 11 p.m., so they don't believe anyone was inside at the time of the incident. No injuries have been reported.

The explosion left wood debris littered across the area, and a KHOU 11 News crew smelled the odor of strong gas when they arrived at the scene.

At this time, investigators are still trying to determine the cause of the fire. Firefighters have found at least one gas can near the scene.

Police said they believe there's no threat to the public at this time.

Police said a portion of the structure is still standing and the damage is to the exterior of the building. They added the damage could have been much worse.

Investigators said they are documenting the scene and will work with other agencies to go through the evidence and give it a proper investigation.

At this time, they are not sure if the explosion was accidental or purposefully set. HFD and HPD are on the scene with ATF and FBI assisting.

The investigation is expected to take all day.

The explosion damaged several buildings nearby, including Alfreda's Cafeteria, a well-known restaurant in the area, and a barbecue food truck that had a partnership with the bar. The food truck was destroyed in the explosion, the owner of the business said.

The owner of the food truck said the bar had just reopened a few months ago after doing some renovations. He added that the bar's owner is distraught and heartbroken over the loss.

Credit: Doug Deloney
The explosion damage some of the businesses, including a soul food restaurant, nearby, blowing out their windows.

Some residents in apartments nearby said the windows had been shattered during the explosion.

One surveillance camera caught a portion of the flash and sound of the explosion on video.

Residents are urged to contact police or fire department if there was any damage to their home.

Motorists also advised to avoid the area as police have several streets closed off. The area between Wichita Street and Southmore Boulevard just west of Highway 288 is closed at this time.

Send us a news tip | Download our app | #HTownRush Newsletter

Great news if you watch TV with an antenna

KHOU has just upgraded its technology. If you were unable to receive KHOU with your antenna in the past, try again on channel 11.11. You may have to rescan your channels for it to work – if that’s the case, we’ve got some instructions at KHOU.com/antenna. If you already see KHOU on 11.1, you may now ALSO see it on 11.11 – it’s the exact same programming. We’re really excited to be able to bring our KHOU 11 News, CBS shows and sports, Wheel of Fortune, Ellen and Great Day Houston to more homes around the area. If you’re still having trouble, please contact us here and we’ll try to get you set up.