Energy expert Ed Hirs said he doesn't understand ERCOT's structure. He wants those responsible to be held accountable for what happened during the winter storm. 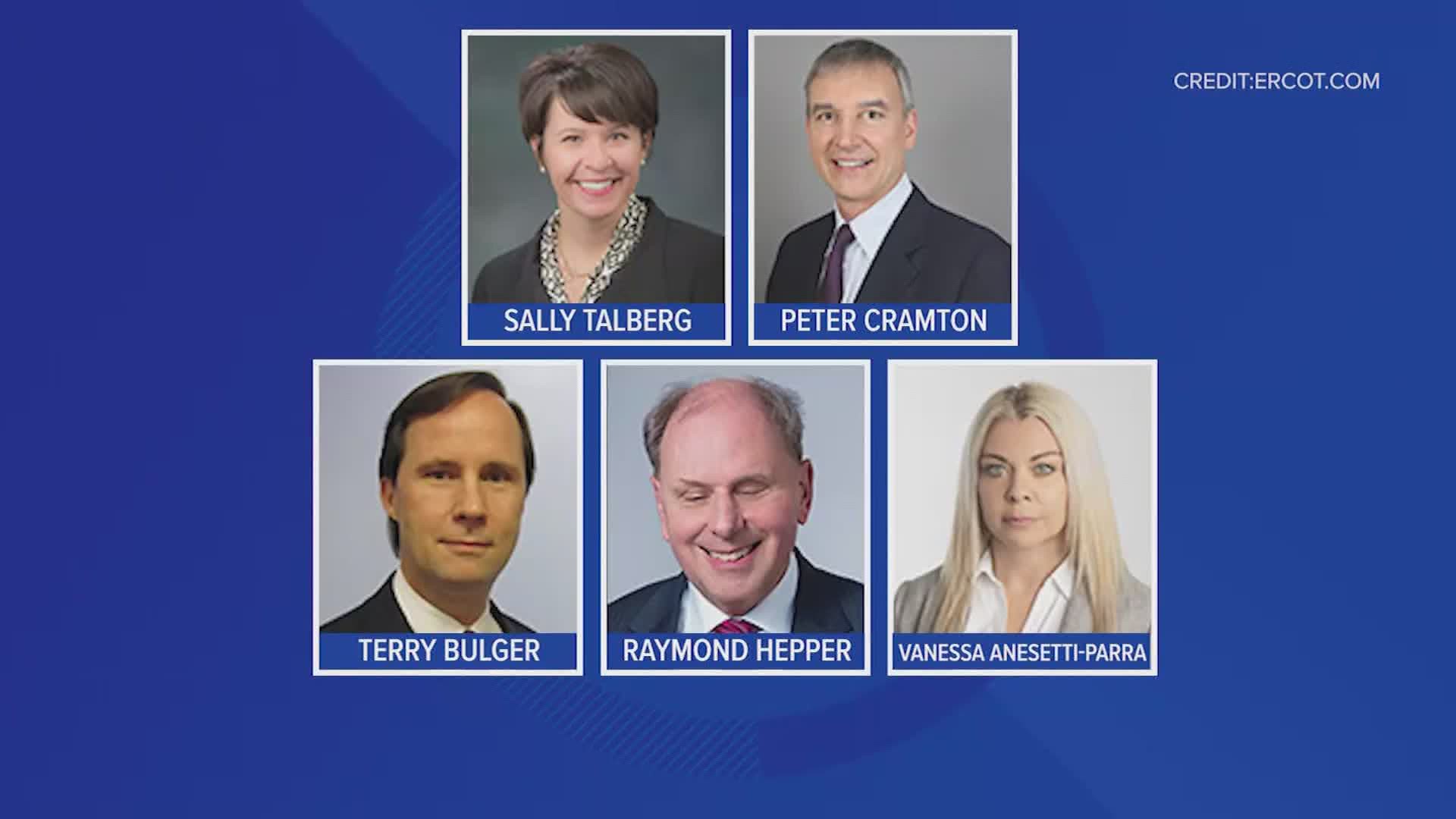 HOUSTON — Many might be surprised to know that none of the Electric Reliability Council of Texas board members who are resigning actually live in Texas.

RELATED: 5 ERCOT board members who live outside of Texas resign in aftermath of power outage, winter storm

On Tuesday, five board members will step down. According to the filing, here's who will resign following Wednesday's ERCOT board meeting:

All five members who are resigning live out of state, records show.

Energy expert Ed Hirs is confused just like most of us who are learning about the structure of ERCOT.

Talberg and Crampton had been in their leadership roles for less than 10 days before the winter storm hit.

According to their resignation letter, their residencies have become a concern and they want to eliminate distractions.

Hirs sees it as "passing the buck."

"‘I’m going to leave the mess for you guys to clean up because, well, it’s your state and it’s no big deal. Yeah, I’ve been collecting a check.' This is just nonsense,” Hirs said.

Hirs believes the board members should be held accountable for what happened or didn't happen leading up to and during the storm.

“The question: What did the board know, and when did they know it?” Hirs said.

KHOU tried to get in touch with several of the resigning board members and got responses from two of them. Both said they had no comment.