First day of Drive-Thru COVID-19 testing in HSV: Here are the numbers

Huntsville Hospital has started drive-thru coronavirus testing. They’re looking for the latest numbers and trying to get a handle on the spread. 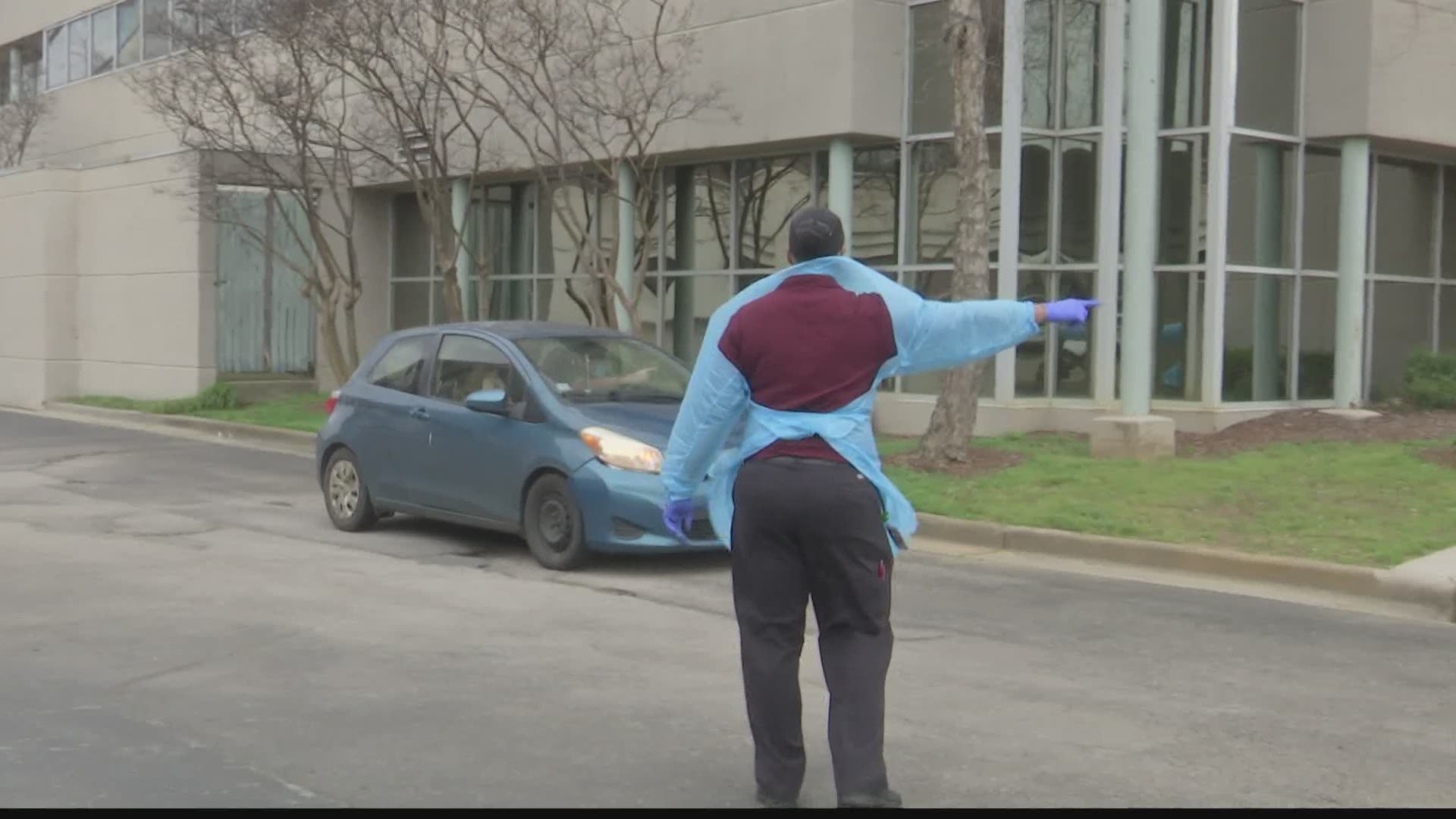 Because of the success of their new Flu and Fever Clinic, Huntsville Hospital has decided to start drive-thru coronavirus testing. They’re looking for the latest numbers and trying to get a handle on the spread.

We met with Tracy Doughty, Senior VP of Huntsville Hospital. Doughty says, “We tested about 75 patients. They came with physician’s orders. And, we’ll have those results back on Monday.”

The entrance to the new drive-thru testing site is at John Hunt Park off of Airport Road in Huntsville. But, weather issues brought those looking for a test to the new Flu and Fever Clinic on Governors Drive.

Doughty adds, “We really open these off-site locations to offload E.R. volume. We want to keep our E.R’s open to the most critical patients.”

Even more tests were collected there. Doughty tells our reporter, “We tested another 80 patients at our Fever and Flu Clinic.”

Today, those looking for a test had to have a physician’s approval in advance. They were required to bring proof with them to the site. Officials say that won’t be the case in the future. Starting Monday, locals can get a physician's approval at the testing site. Doughty says, “We won’t require a physician order. We’ll have practitioners on site to screen patients quickly and get those patients done.”

Doughty says the process is a quick one. A team of close to 40 health professionals are testing up to four cars at a time. He adds,“While they’re processing the specimens additional four cars come in and we move in a pretty rapid manner.”

Officials still say you need to be showing COVID-19 symptoms in order to receive a test.

At this point, COVID-19 testing kits aren’t the easiest to come by. Doughty adds, “The critical mass are the testing swabs and there’s a critical shortage across the country."

Huntsville Hospital is partnering with Assurance in Birmingham to get testing kits. Companies are trying to keep up with the demand.

We’re told, more testing sites could be on the way.

Doughty says, “If the demand outsrips the area, then we have a couple sites we’ve looked at that we can pop up places there.”

Because of some weather issues, there were some delays and the drive-thru testing with the entrance at John Hunt Park had to be closed for the remainder of the day Friday. But, officials tell us, the John Hunt Park testing location will be re-opened Monday.

The Huntsville Hospital Drive-Thru location will be open from 9 am- 5pm on Monday. The entrance can be found at John Hunt Park off of Airport Road.

The Fever/ Flu Clinic will have the same hours. That is located at 120 Governor's Drive.

We’re told both will be open as long as there’s a need.