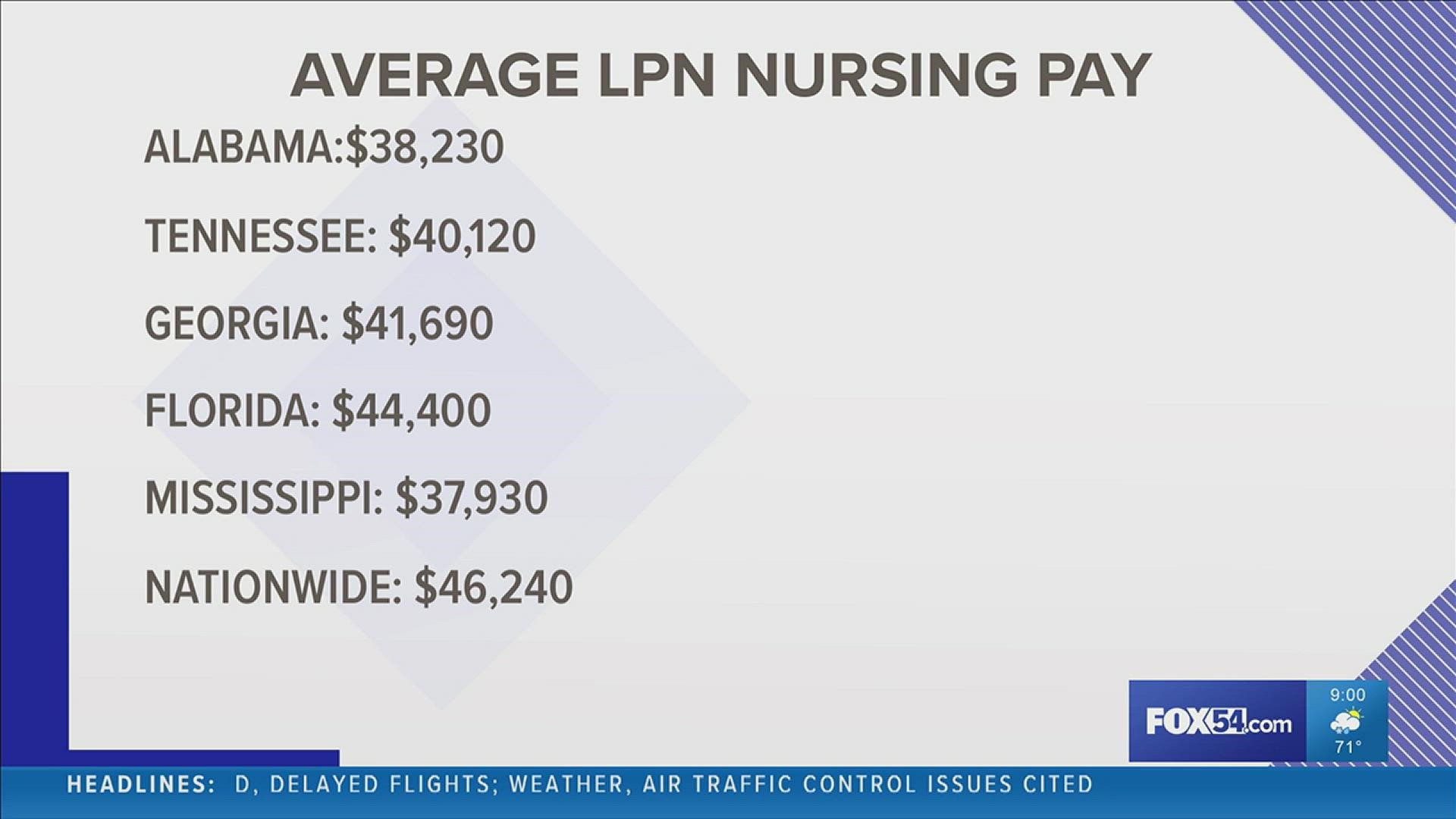 HUNTSVILLE, Ala — Low pay for nurses is playing a big role in the nursing shortage facing Alabama.

The difference in pay for LPN's here in Alabama compared to surrounding states ranges from two to six thousand dollars less per year.

"There is a solution, that has been staring at us in the face. If you pay nurses, what they feel they're worth, okay. And if you see there is a pay disparity in the health care industry," said Drake State’s Health & Sciences Division Chair, Alice Raymond.

The only state bordering us that pays a few hundred dollars less is Mississippi. The nationwide average is $46,000 per year.

A rise in enrollment is normally good for a college, but leaders at Drake State said they’ve actually had to turn applicants away because of the lack of staff to support the influx of applicants.

“Most of the faculty population are also aging, so you have less and less people to teach as well,” said Raymond.

Raymond said the shortage started before the pandemic. Part of the shortage was due to long-term care. “Mostly because of the baby boomers aging, and the older healthy adults still needed care.”

However, as the health care industry changes, Raymond said the school is doing its part to meet the need.