Davidson accomplished many great things in her 86 years. 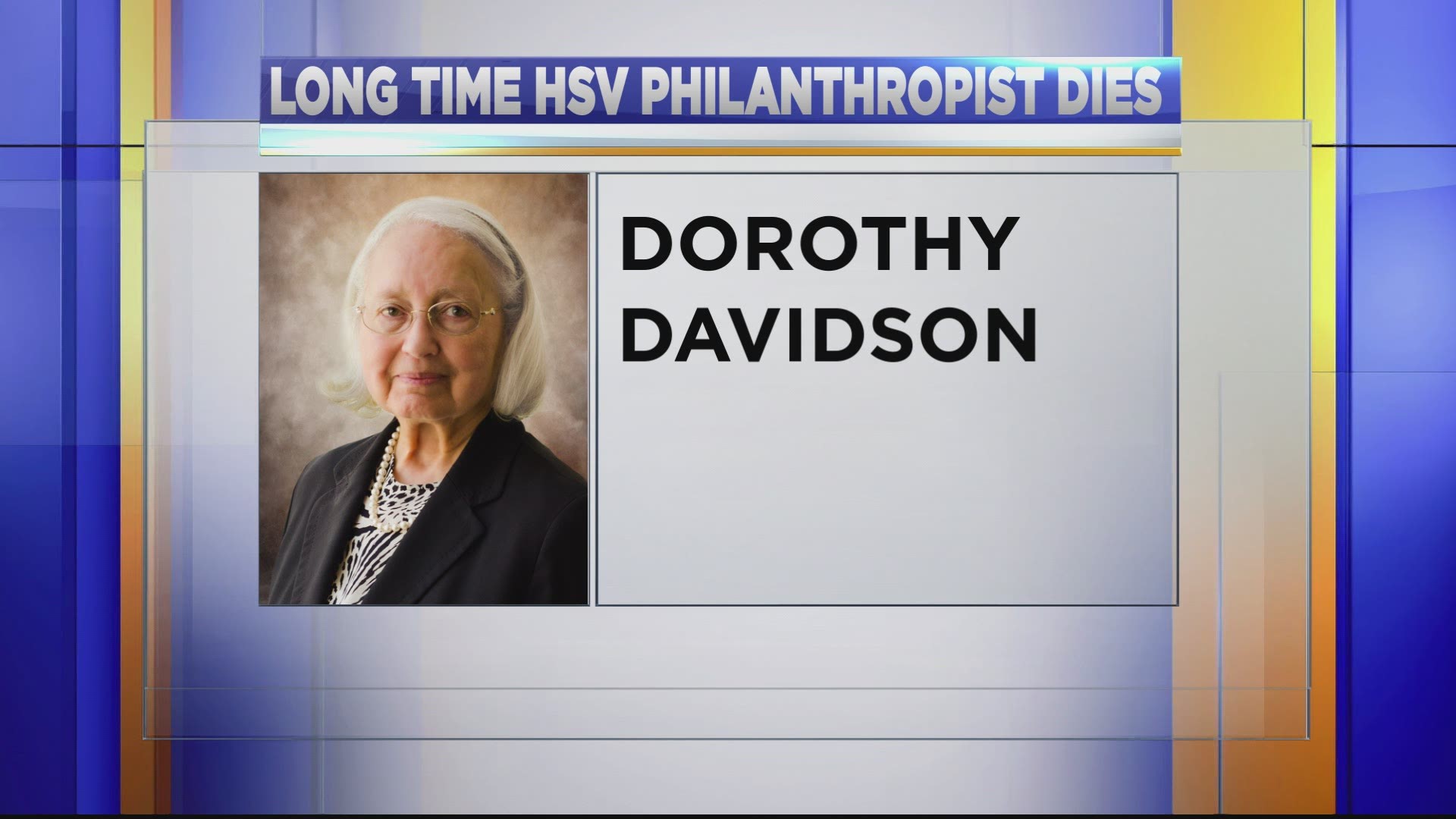 HUNTSVILLE, Ala. — Huntsville philanthropist and engineering pioneer Dr. Dorothy Davidson died at her home on Tuesday, May 11.

Davidson accomplished many great things in her 86 years. For more than 25 years, she donated her time and resources to support several organizations, including the Huntsville Museum of Art, the Saturn V Restoration Exectutive Committee, the Davidson Center for Space Exploration at the U.S. Space and Rocket Center, National Children's Advocacy Center, Kids to Love Foundation, Calhoun Community College, Auburn University School of Engineering, Auburn University Museum of Art, Decatur's Cook Museum and the Huntsville Botanical Garden among others.

Davidson, along with her husband, founded Davidson Technologies, Inc., in 1996 and served as the CEO and Chairman of the Davidson Board of Directors after Dr. Julian Davidson passed away in 2013.

The company says she remained active in the daily business operations of the company until her final days.

The Northern Virginia native earned her BS in Mathematics in 1956 and soon after accepted a position as a research mathematician for the U.S. Air Force Air Staff with the Pentagon. While she served in her role at the Pentagon, Davidson was selected for the Management Intern Program. Davidson continued her studies of business administration and mathematics while in the program.

Following her work for the U.S. Air Force, Davidson entered the private sector in 1965 designing Command and Control and Information Retrieval Systems for the Department of Defense.

"Her gifts are a testament to the lives she touched and the thousands who will continue to benefit for generations to come as a result of her servant-leadership, community stewardship, and altruism. Dr. Dorothy Davidson, may your legacy and impact endure, always," Davidson Technologies said.

The U.S. Space and Rocket Center will light the vertical Saturn V blue in honor of Doctor Davidson's legacy and impact on the community.

“This is not only a great loss of a friend and mentor to the Rocket Center, but to so many in our community, said USSRC Education Foundation Executive Director Brenda Carr. “She infused her spirit and enthusiasm in so many of us who had the great fortune to know and work with her. She and Julian made a lasting impact on this city and we are forever grateful.”

“I’m saddened to hear of Dorothy Davidson’s passing. She was a trailblazer in every sense of the word. She and her late husband Julian have left such a lasting legacy on the Huntsville community. We all aspire to leave the world better than we found it, the Davidson’s achieved that and much more.”

IN OTHER NEWS: New park opens in Downtown Huntsville, more artwork installations on the way