Lawsuit to change type of government in Decatur dismissed

The lawsuit was filed to force the City to change its form of government after a referendum passed in 2010. 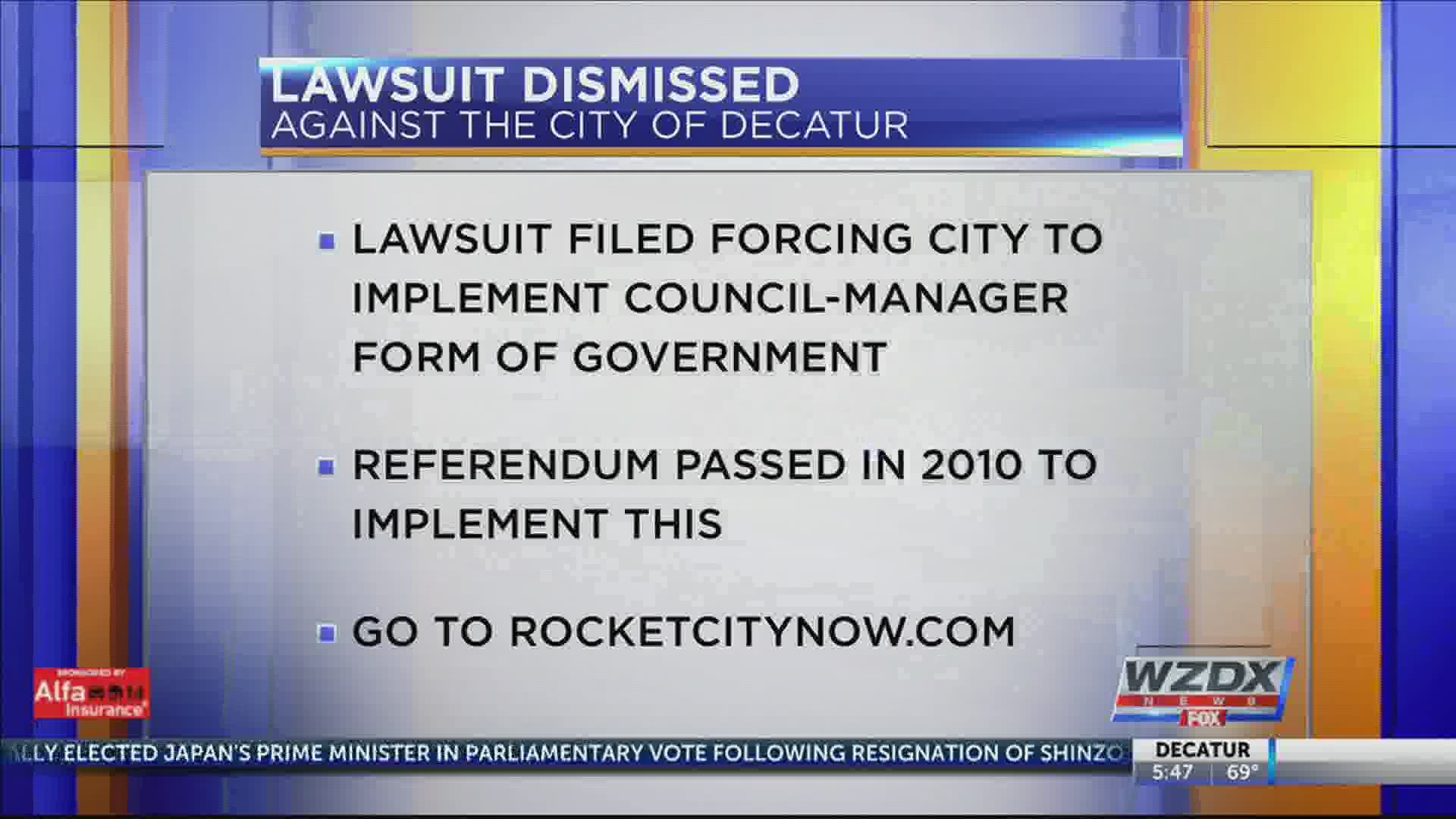 DECATUR, Ala. — A lawsuit filed to try to force the City of Decatur to change its form of government was dismissed in federal court.

The lawsuit, which was originally filed in 2014, was to force the City to implement the Council-Manager form of government. A 2010 referendum passed calling for this change, which would have changed Decatur's governance from its current Mayor-Council form to a Council Manager form. According to the City of Decatur that change, under State Law, would have required the City to reduce its Council Districts from five to three and would have effectively eliminated minority representation on the Decatur City Council and Decatur City School Board.

In question was whether implementing the referendum would violate the Voting Rights Act or Equal Protection Clause because of how Decatur's districts are drawn.The case was first dismissed in 2017 and then appealed.

In the court's opinion, it states, "Decatur voters approved the switch in a 2010 referendum, and the defendants struggled to make the transition for two years. But after concluding that then-controlling state law barred them from adopting a council-manager government without violating either the Voting Rights Act (“VRA”) or the Equal Protection Clause, the defendants refused to honor the referendum."

According to the court, Alabama laws updated in 2018 and 2019 made the lawsuit moot, and it was Dismissed with Prejudice. According to Cornell Law, when a lawsuit is dismissed with prejudice, the court is saying that it has made a final determination on the merits of the case, and that the plaintiff is therefore forbidden from filing another lawsuit based on the same grounds.

The City of Decatur said in a statement:

"The City made every effort to draw district lines, which would have carried out the wishes of those who voted in that referendum, while complying with Federal Law. Because of conflicts between State and Federal Law, this was not possible.

"A lawsuit was filed to force the City to implement the Council-Manager form of government, and the City diligently defended that suit not because of any concern about the form of government but because the City cannot knowingly take action it knows to be a violation of Federal Law.

"The case against the City has now been dismissed by Federal District Judge Kallon. While the decision was based on a change in the State Law, the City remains confident that when the case was heard on the merits, we would not be forced to violate Federal Law."

The City of Decatur strives and, through this, has defended the rights of the citizens of Decatur to have their voices heard and to continue their representation on the City Council and Decatur City School Board. We want to thank the residents in District 1 who joined the City in this effort.