"We’re not happy. That’s going to be very expensive for D.C." 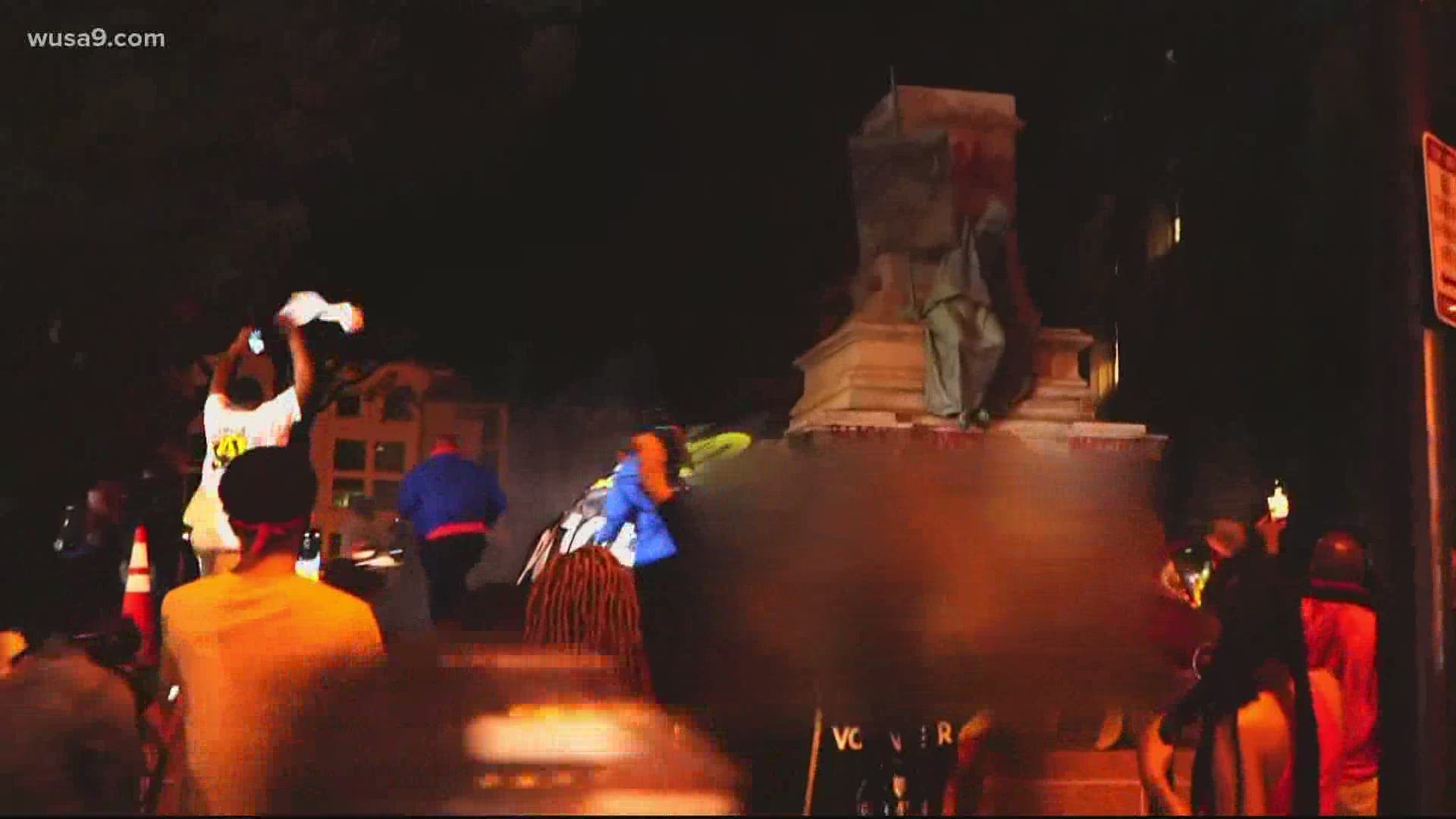 His criticism was targeted toward the Confederate General Albert Pike statue  being torn down in D.C. by protesters late Friday evening, and how the statue would be "very expensive for D.C. to repair."

"When rioting and looting broke out in our nation’s capital, I very quickly deployed the national guard. I said get‘em in. After watching for an evening or two. We stopped the violence and restored peace and order to the streets, and last night they had a little break out again," said President Donald Trump. "They ripped down a statue that was 110-years-old. Beautiful piece of art. In front of a police precinct with our radical left mayor watching on television. We’re not happy. That’s going to be very expensive for D.C. ‘We need more money. We always need more money’. And then they don’t do the proper job. So, it’s not gonna be good for Mayor Bowser."

President Donald Trump brought up how the National Guard was sent in to deal with unrest in the District after protests over George Floyd's death started in late May.

Protests in those first few days did lead to fires, vandalism and looting at night, but have been mostly peaceful since then. 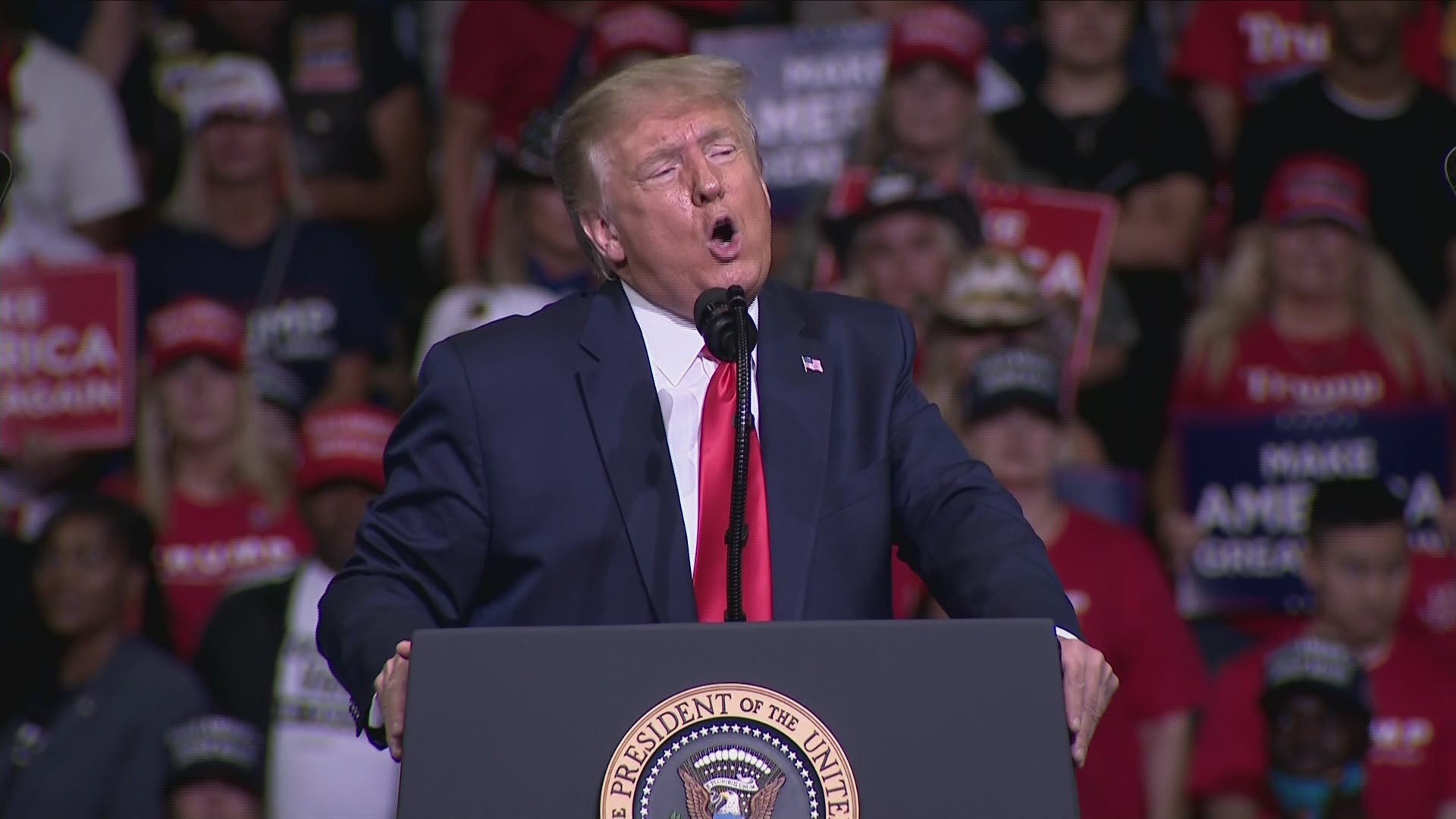 Bowser did respond on Twitter, saying, "I see AOC (Alexandria Ocasio-Cortez) and I are living in his head, and apparently there’s a lot of empty room in there ... just like tonight’s half-empty Tulsa arena."

The Tulsa rally was the fist for Trump since the COVID-19 pandemic impacted the United States in March.

Both Bowser and President Trump have spared in recent weeks over the involvement of the National Guard in protest in D.C. over George Floyd's death and how federal officers used tear gas on protesters before the president's walk from the White House to St. John's Church on June 1.

The statue was originally erected as a salute to Pike's time as a Freemason.

Born in Boston, Massachusetts in 1809, Pike planned on attending Harvard but ultimately could not afford tuition. Instead, he roamed to New Mexico and eventually Fort Smith, Arkansas, where he taught law and became politically active. In 1850, he organized the Know-Nothing Party, which campaigned on anti-immigration beliefs and emphasized the use of slaves as more "efficient than farm labor."

A poet and lawyer, Pike was responsible for growing the biggest Scottish Rite branch of the Free Masons, who considered him an influential leader and who paid for the statue, which was first commissioned in 1901. He moved into DC's Scottish Rite temple in 1873, eventually dying in the District in 1891.

The statue itself depicted Pike as a Freemason, not as a soldier, which was why Congress granted permission for the statue to be erected.

According to Congresswoman Eleanor Holmes Norton, as of late, the Freemasons decided to support the statue's removal.

“That Albert Pike statute is up here only because the Freemasons erected it, and Albert Pike was a Freemason. To the credit of the Freemasons, they joined me in wanting the statue to be taken down and I give them all due credit to that,” Holmes Norton said.

RELATED: Who was Confederate General Albert Pike, and why was his statue in DC in the first place?

RELATED: 'I wanted to be part of the historical movement' | Barber cuts Black power sign into clients' hair