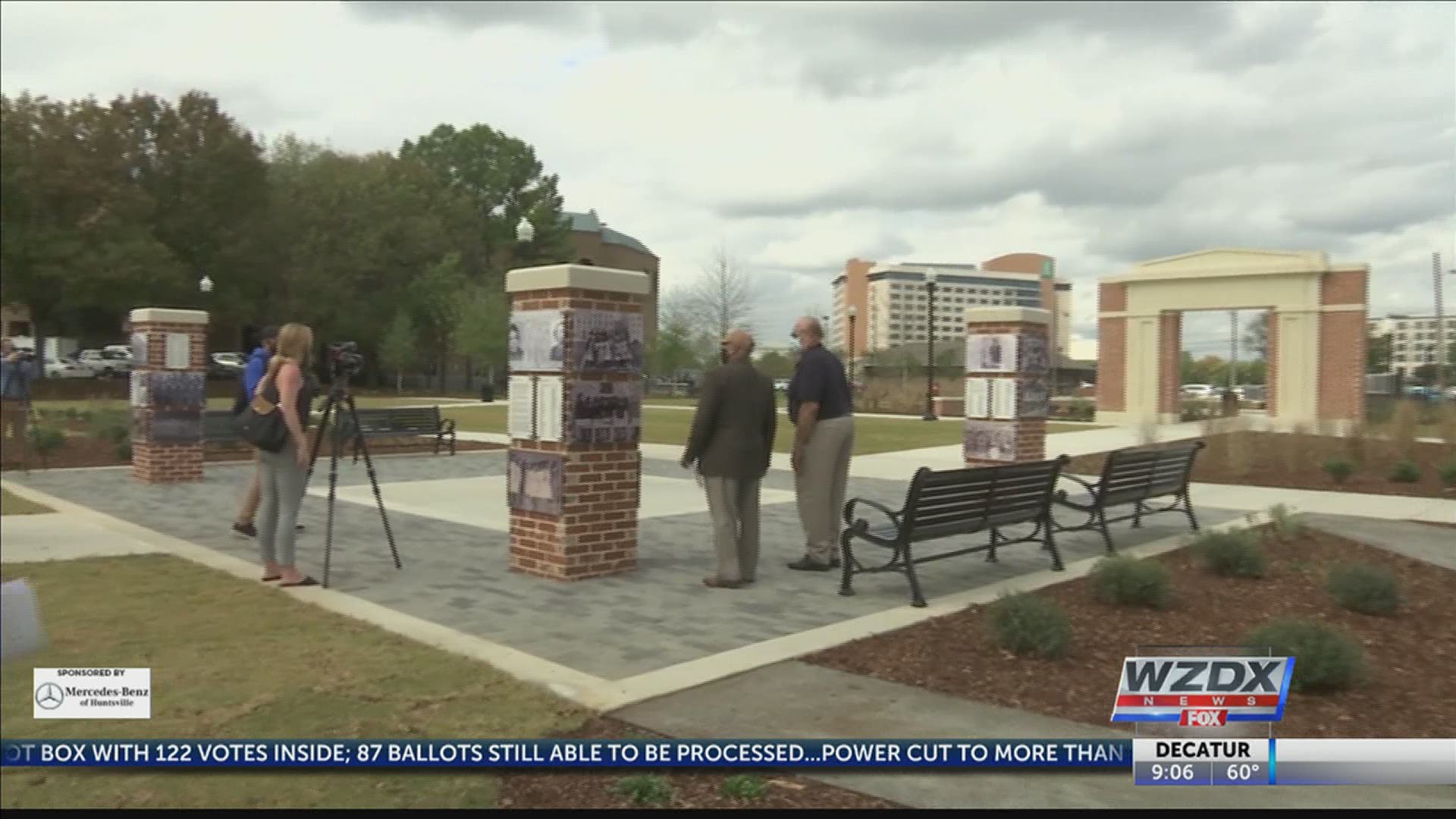 HUNTSVILLE, Ala — Over 150 years after the school first opened its doors, and more than 50 years since it closed, the historic site of Huntsville's first public school for African-American students has been transformed.

Alumni, friends, and city officials cut the ribbon at the grand opening for the new Councill High Memorial Park in downtown Huntsville.

The park is located on the old school grounds of Councill High School and incorporates elements of the original school into the design, like the school's original bricks and steps.

During Monday's ceremony, Huntsville Mayor Tommy Battle remarks, "Councill High continues to teach each of us lessons about courage, about inclusion and about respect-- and respect for those who went to school here who, for generations, have made a difference in this city."

For alumni of the school, this project has been a long time in the making-- and today makes it all worth it.

During the ribbon cutting ceremony, Brenda Chunn, president of the William Hooper Councill Alumni Association, says, “When I think about, as children, how far we had to come to go to William Cooper Councill High School, what we endured in that experience and the outcomes that were generated-- it just leaves me in awe.”

In the coming months, a bronze sculpture of Dr. Councill will stand where the school courtyard once was.

You can visit the new two and a half acre park in downtown Huntsville at  620 St. Clair Avenue.

Dr. William Hooper Councill was a formerly enslaved person who went on to found Alabama A&M University, become a minister and establish St. John AME Church in Huntsville, and more. Dr. Council was a civil rights giant who lived from 1849 to 1909. Councill High School served the Huntsville community from 1867 until its closing in 1966.

To read more on the life of Dr. William Hooper Councill, click here to be directed to HuntsvilleHistoryCollection.org.